What is a hard-core predicate?

I read this article on Wikipedia: Hard-core predicate.

Still I don't understand what exactly is a hard-core predicate. Is it possible to put this in simple English terminology, and perhaps with a simple example?

In the Lecture Notes on Cryptography of Goldwasser and Bellare, one can find (page 35) the following text:

Recall that f(x) does not necessarily hide everything about x even if f is a one-way function. E.g. if f is the RSA function then it preserves the Jacobi symbol of x, and if f is the discrete logarithm function EXP then it is easy to compute the least significant bit of x from f(x) by a simple Legendre symbol calculation. Yet, it seems likely that there is at least one bit about x which is hard to “guess” from f(x), given that x in its entirety is hard to compute. The question is: can we point to specific bits of x which are hard to compute, and how hard to compute are they. The answer is encouraging. A number of results are known which give a particular bit of x which is hard to guess given f(x) for some particular f’s such as RSA and the discrete logarithm function. We will survey these results in subsequent sections.

More generally, we call a predicate about x which is impossible to compute from f(x) better than guessing it at random a hard-core predicate for f.

So a predicate over $x$ is "a bit of $x$". Not necessarily a bit in the sense of "$x$ can be represented as a sequence of bits"; rather, a function which, from $x$, returns 0 or 1. The predicate is thus a function which "says something" about $x$ where the something is a binary choice.

A hard-core predicate of a function $f$ is a predicate of $x$ (an input to $f$) which can easily be computed from $x$ but not from $f(x)$. There are very trivial hard-core predicates when the information is simply lost (e.g. if $f(x)$ is defined as "SHA-256 of $y$ where $y$ is the bit sequence of $x$ with the first bit removed" then the predicate "first bit of $x$" cannot, by definition, be recomputed from $f(x)$); these are not interesting for cryptography. More interesting are predicates which do have a well-defined value for a given $f(x)$ (i.e. for a given value $z$, the predicate $b(x)$ has always the same value for all $x$ such that $f(x) = z$).

Now, the predicate: I define $b(x)$ to be the XOR of all the bits of the binary representation of $x$. It returns 0 or 1 (it is a predicate). Given $x$, computing it is trivial. However, given $f(x)$ (i.e. $x^2 \mod n$), computing $b(x)$ appears to be as hard as factoring $n$. If you can factor $n$, you can compute $x$ from $x^2$ and thus computing $b(x)$ becomes easy; the strange part is that there is no known better way to compute $b(x)$ given $x^2$. The predicate $b$ is then said to capture the essence of the one-wayness of $f$: given the output of $f$, not only is it hard to find the matching input, but "only" finding the XOR of the bits of the input is already as hard as that.

Thus, we call the predicate "hard-core".

It is like saying that to invade the USA you have to defeat the whole of fighting-able US citizens, one of them being Chuck Norris. It is reasonable to assume that if you can beat Chuck Norris, then the rest of them should be a piece of cake. Chuck Norris is the hard-core predicate of US military supremacy.

I'm not sure how much simpler than Wikipedia one can explain this. 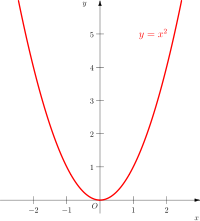 Assume that $x$ is a non-zero real (or rational, or integer) number. Then $y = f(x) = x·x$ is still a non-zero number, and in this case, always a positive number. I.e. the information about the sign of $x$ is lost.

A predicate in general is a function with only one bit of output, i.e. two different possible values. (Normally we look at functions with values $0$ and $1$, or false and true.)

In cryptography, we would use instead of this simple quadratic function a cryptographic hash function, or an encryption function (where the attacker does not know the key), and we don't need "impossible to guess" (these functions/predicates are not that interesting), just "too much computation needed for a good chance to guess better than random".

This "too much" is then formally defined as "more than polynomial in some security parameter" (like the output size), i.e. this makes only really sense if we speak about a family of functions.

3
What does it mean to be simultaneously hardcore?
3
Is this a secure PRG?

9
what kind of hash function can provide a short hash and be collision resistant?
3
What does it mean to be simultaneously hardcore?
4
Hard-core predicates: should the adversary be given $1^n$?
3
why can't use only one way function to construct a PRG, and don't use the hard core predicate?
0
Katz/Lindell Problem 7.6
10
Hash-based asymmetrical encryption (not digital signature) schemes?
1
A modification of the Blum-Micalli construction