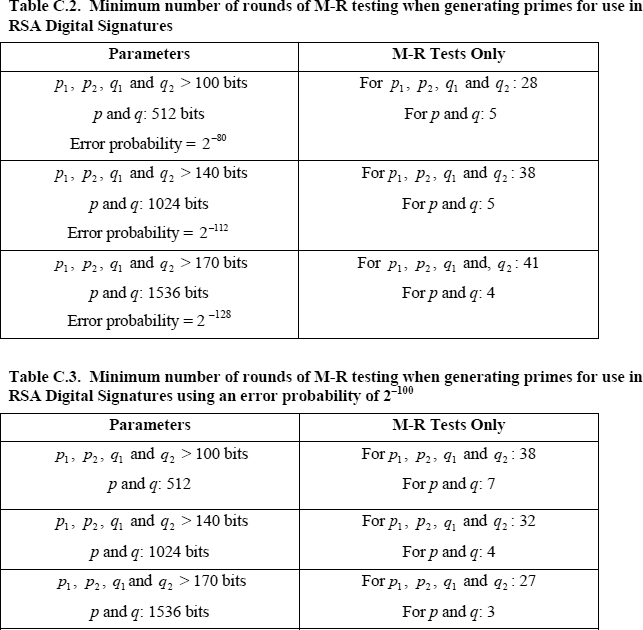 51
What security authorities and standards reject $e=3$ in RSA, when, and with what rationale?