Unblock your team by capturing collective knowledge that anyone can find.

“If there is one thing developers like less than writing documentation, it’s responding to unnecessary escalations […] and too many escalations wear down the developers.”

“We needed a better place to store all the questions and answers that people were repeatedly asking, and we discovered Stack Overflow for Teams.”

“We use Stack Overflow for Teams internally when onboarding new developers, and when new developers ask questions, everyone can benefit from the shared knowledge.”

What does it mean when two encrypted files, encrypted with the same method but with different keys, when xor'd together, produce a repeating pattern?

Let's say I have fileA and fileB, both encrypted somehow, but in the same method with different keys.

If I xor them together, they will make a repeating pattern of 32 bytes length.

What does that say about the repeating pattern, the encryption pattern, and the likelihood of the unencrypted files to be identical?

Is there any way to extract the keys used to encrypt them? 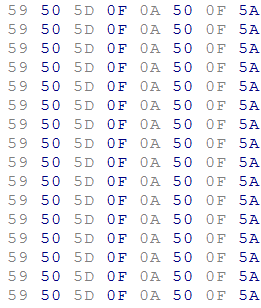 Is there a way, other than to open up Ollydbg and try to reverse engineer the decryption procedure?

The program contacts a server, sends a certain unique code, and the server replies back with an md5 hash. Then the server sends back the encrypted file, which is easily decrypted by the program. I want to reverse engineer this program and encryption method.

This is not a homework question, this is a real situation that is tormenting me.

The decrypted plaintext is either Lua source or Lua VM bytecode, with a small possibility of being XML.

Edit: I now realize that the repeating sequence is probably two different MD5 hashes XOR'd with each other. Is there a method to analyze and try to extract the individual MD5 hashes?

The two plaintexts are almost certainly identical. At the very least, any difference between them must be representable in 32 bytes, since that's as much information as the XOR of the encrypted files contains.

Assuming that the plaintexts are indeed identical, we can also see that changing the encryption key has a very simple and predictable effect on the ciphertext: every 32nd byte is affected the same way. Clearly, this cannot be a semantically secure encryption scheme.

Indeed, the most likely explanation of the phenomenon you observe is that:

If true, this is a very weak cipher, and it should not be hard to break. A couple of methods to try would be:

Alternatively, if you're feeling lazy, you can just download xortool and feed one of the ciphertexts to it. With a bit of luck (and the right options), it'll spit out the key and the plaintext (or at least something close enough for you to finish the job by hand) for you.

Not the answer you're looking for? Browse other questions tagged block-cipher md5 xor or ask your own question.

71
How does one attack a two-time pad (i.e. one time pad with key reuse)?
18
How to attack a “many-time pad” based on what happens when an ASCII space is XORed with a letter?
1
Analyzing/Breaking a strange One-Time-Pad

5
Probability that two different files can have same MD5 hash for both an unencrypted and encrypted version (AES256, same key between files)
1
Does sending the same message with 2 different keys in OTP leak information?
2
What does it mean when 1 bit goes into an s-box but two (or more) come out?
6
Is it possible to make two files with the same size and the same MD5 and CRC32?
1
What if we increase the key length of DES and use ECB Mode, then will we get the different output as ECB mode encrypt with the same key?