In public key cryptography, how many keys are required for secure communication between n parties?

In public key cryptography, how many keys are required for secure communication between n parties? 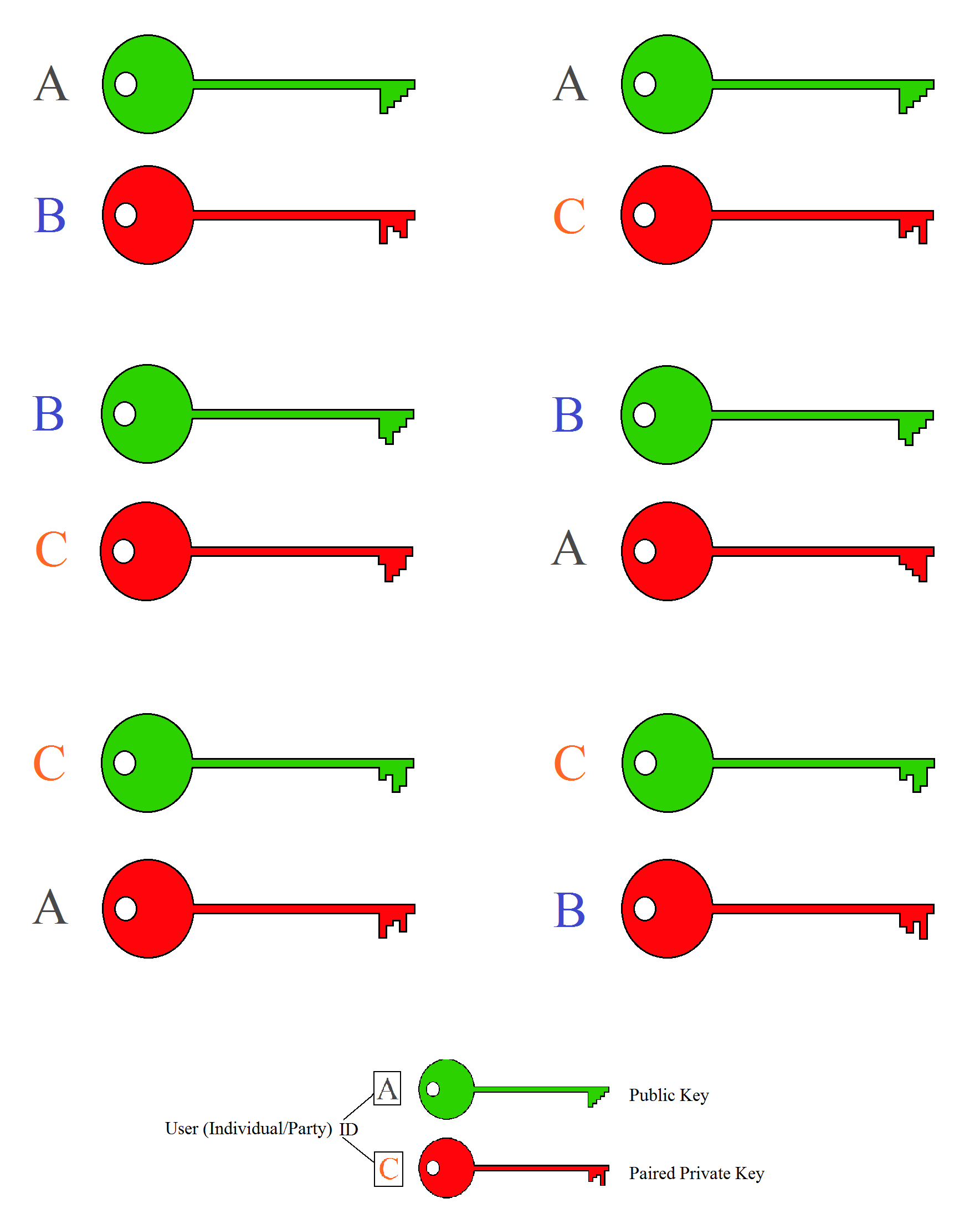 Now, am I correct? (Please be specific & also show the full logic & give proper explanations).

Asymmetric keys come in pairs. The public key of a pair can be used to encrypt data so that only the holder of the private key can decrypt it. If you had one private key, you'd also have exactly one public key that corresponds to it, so your answer of one public key and $n-1$ private keys per person cannot be entirely correct.

The question is somewhat ambiguous, but the answer that is probably expected is $n$ key-pairs, so $2n$ keys altogether. Each person has a single key-pair and knows all the public keys of others' key-pairs. They can encrypt data using any public key to be decrypted using that person's (single) private key.

The number of keys each person knows is about $n$ (one private key and $n-1$ public keys, plus their own public key if you want to count that). However, the total number is not $n*n$, because the public keys are all the same $n$ keys.

However, in the real world you would use hybrid encryption. In addition to the long term key-pairs there would also be a symmetric key for either every message sent or every session (in an interactive protocol like chat). Further, depending on the symmetric primitives used, you could need a second short term key for message authentication/integrity.

This is how it works..

If you have 5 users, there are 5 Private keys and 5 Public keys.
Each user would have a copy of everyone else Public keys, which means $n*(n-1)$ copies of the $n$ public keys on various systems to ensure mutual communication between all users, plus the $n$ Private keys.

The unique key count is $2n$, with $n^2$ distributed keys both Private and Public on various systems (assuming a user does not keep a copy of their public key once it is distributed).

I spent about 400 hours in paint to make an illustration of this, hope it helps!

Not the answer you're looking for? Browse other questions tagged encryption public-key or ask your own question.

2
Why are in asymmetric cryptography as many keys as people involved needed?

9
How should I check the received ephemeral Diffie-Hellman public keys?
1
standard way to authenticate parties with public keys without certificates
3
Is symmetric key encrypted with server's public key secure
2
Can Bitcoin HD public keys be used for symmetric encryption?
2
Public key verification schemes
4
Public Key Encryption scheme with small messages among many parties
2
A private key with multiple public keys?
2
Why are in asymmetric cryptography as many keys as people involved needed?