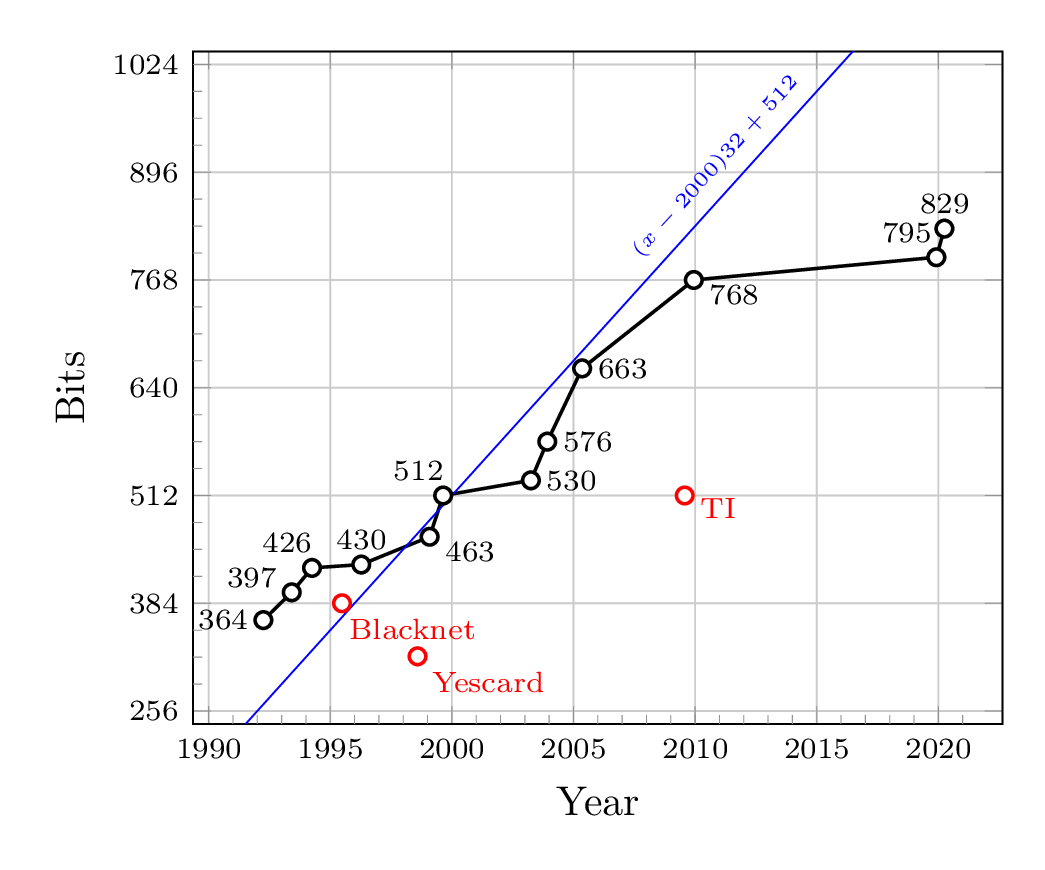 This also shows the linear approximation at the beginning of this answer, which actually is a conjecture at even odds for the [2000-2016] period that I made privately circa 2002 in the context of deciding if the European Digital Tachograph project should be postponed to upgrade its 1024-bit RSA crypto (still widely used today). I committed it publicly in 2004 (in French). Also pictured are the three single events that I know of hostile factorization of an RSA key (other than copycats of these events, or exploitation of flawed key generator):

1
Is a RSA 2048 bits public key secure
1
Minimum length of PKI key for signature
53
Now that quantum computers have been out for a while, has RSA been cracked?
47
Security strength of RSA in relation with the modulus size
31
How much computing resource is required to brute-force RSA?
7
Should I use RSA encryption since RSA is said to be broken by NSA?
8
Is 512-bit RSA still safe for signature generation?
22
What is the history of recommended RSA key sizes?
12
How much stronger is RSA-2048 compared to RSA-1024?
13
Should RSA primes $p$ and $q$ differ in length by "a few digits"?
See more linked questions