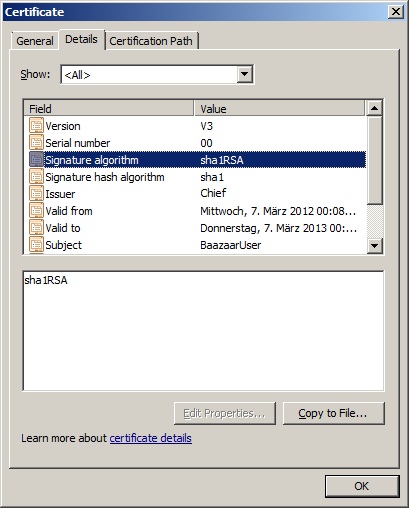 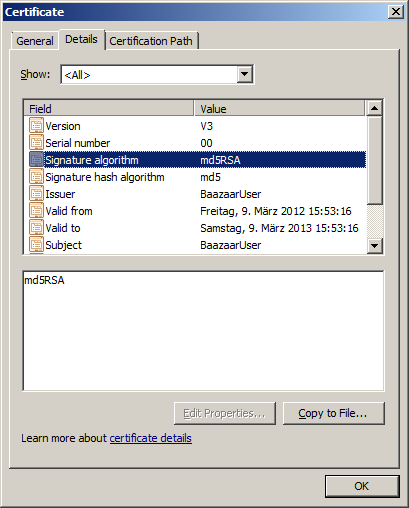 This has more to do with how Microsoft decided to implemented their certificate inspection GUI, than about the actual fields of the certificate. Most signature algorithm identifiers present in contemporary certificates specify both the public key algorithm (RSA in this case) and the digest algorithm (SHA-1 in this case). The identifier "sha1RSA" is most likely inaccurate in so far that Microsoft has decided to use it for an identifier that is known as sha1WithRSAEncryption OBJECT IDENTIFIER ::= { iso(1) member-body(2) us(840) rsadsi(113549) pkcs(1) pkcs-1(1) 5 } in the standard.

Not the answer you're looking for? Browse other questions tagged hash rsa signature algorithm-design certificates or ask your own question.

3
Certificate signature with SHA-1 and RSA: where do 1888 bits come from?
8
Given a message and signature, find a public key that makes the signature valid (ECDSA)
3
Memory hard key derivation (password hash) using AES encryption
2
SHA-1 collisions with RSA signatures
1
Difference between Tag and Signature
1
Different encryption standards and how they relate to auth and algorithms
6
Is there any cryptographic reason to sign over the signature algID and params?