In context of Groth-Sahai NIZK proof system, I have a couple of doubts on Hiding and Binding keys. 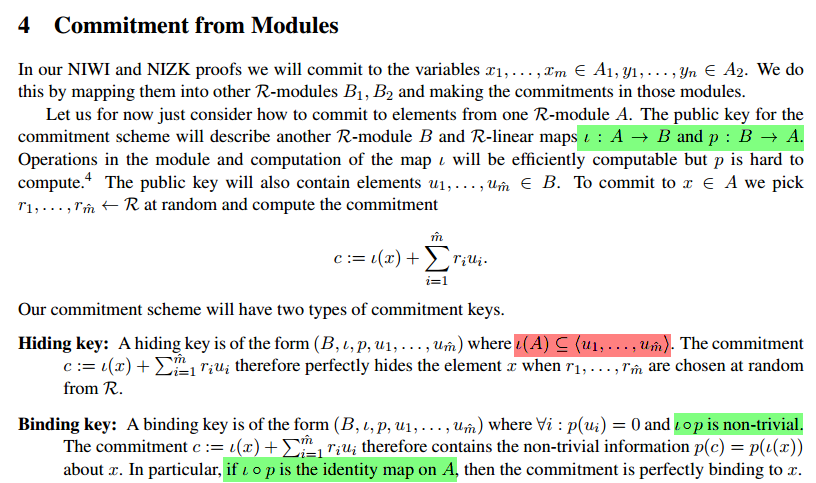 I am still not very familiar with these kinds of proofs, but from what I understood:

1) This inclusion is actually a condition which defines in itself what a hiding key is. That is to say that this paragraph does not say that the inclusion is ensured, but that we should make sure that it is, if we want a perfectly hiding key. However, you may find sets of $u_i$'s that verify this property in the three different instantiations. If you use the short version of the paper where they do not appear, look here instead.

2) You are right, they probably meant to write $p\circ\iota$ instead.

Not the answer you're looking for? Browse other questions tagged zero-knowledge-proofs or ask your own question.