I am trying to understand the small subgroup confinement attack on the Diffie-Hellman algorithm. I will present the attack and try to explain why it works.

Let be a group $\mathbb{Z}_p^*$ where $p$ is a large prime and $\alpha$ a primitive root modulo $p$. Let's consider that Alice and Bob want to do a key agreement on the whole cyclic group $\mathbb{Z}^*_p$ using the Diffie-Hellman algorithm. The following sequence diagram illustrates how Eve can perform a small subgroup confinement attack: 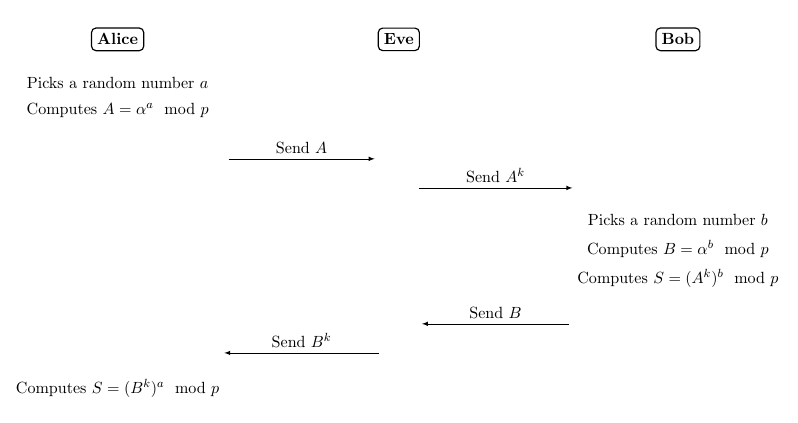 By doing this, if $k$ is well chosen, the secret $S$ can be found by exhaustive search.

How to choose the $k$-value

Why does it work?

Could someone approve or disapprove my demo?

The proof provided in the question is correct, but as Chris Peikert pointed out in comments, there is an easier way to prove that $S \in \mathbb{G}_w$:

Not the answer you're looking for? Browse other questions tagged cryptanalysis diffie-hellman key-exchange algebraic-attack or ask your own question.