How to overcome issues with big ciphers? E.g. with small vs. big Vigenére Ciphers

I understand that bigger ciphers show more recurring patterns and therefore should be easier (or at least faster) to decrypt as you'll have a better statistical analysis, being

However, if we use an evenly grown key, would this still be true? I've been wondering as I'm trying to decrypt a Vigenére cipher which seems (according to the analysis of the average Index of Coincidences) to have a key length of 81 characters in 1052 characters.

This would result in many keys decrypting to equally many different plain-texts, which I would have to walk through manually. Is there a way to be more precise on finding the key I may have missed?

Even If I should've missed some letters out of those 81 - shouldn't those "errors" occur just once per miss every 81 enciphered characters? In this case, I just would have to guess about 10 right to get at least one fully decrypted word.

Here we're getting to the problem (or misunderstanding) I'm facing: According to the chi-square values calculated the most probably keys are just decrypting the cipher to nonsense-text and I can't even recognize single words.

How could I work from here further? Are big ciphers considered "easier" to crack because we do have at least the information I got as we may haven't even got those with a small one?

I hope my questions are clear - any help on resolving them would be greatly appreciated.

PS: To make it more visible than the key length is most likely really 81, here's the analysis of average IC values: 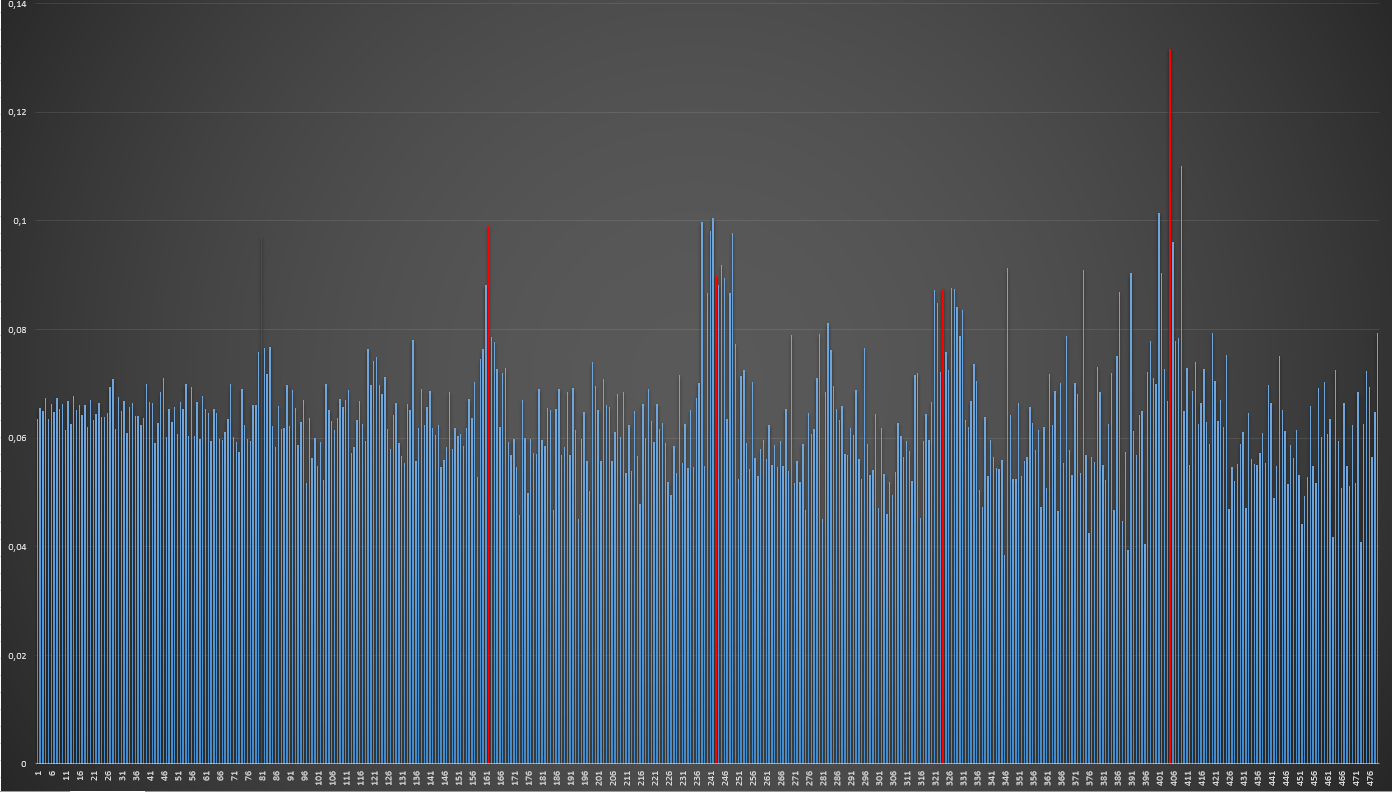 The text I supposed to be a Vigenére cipher actually wasn't one, it was a base64 encoded archive file. However, this does not change my question on how to overcome really big keywords appearing in great numbers. At the moment I'd think: take the one that's most probably it (according to chi-sq) and try every one of those.

Browse other questions tagged encryption cryptanalysis substitution-cipher or ask your own question.

4
How to get the keyword from a keyword cipher?
1
How to retrieve the plaintext of a substitution ciphertext?
4
Strategy to crack a presumed substitution cipher
4
Deciphering “easy” ciphers without hints
7
Not-So-Simple Substitution Cipher?
6
How to break homophonic substitutions and nomenclators with too many symbols?
4
Substitution ciphers amended with cipher block chaining: susceptible to frequency analysis?