Well, as SEJPM and Mok-Kong Shen pointed out, it's described in FIPS 197, but let's explain it in details: 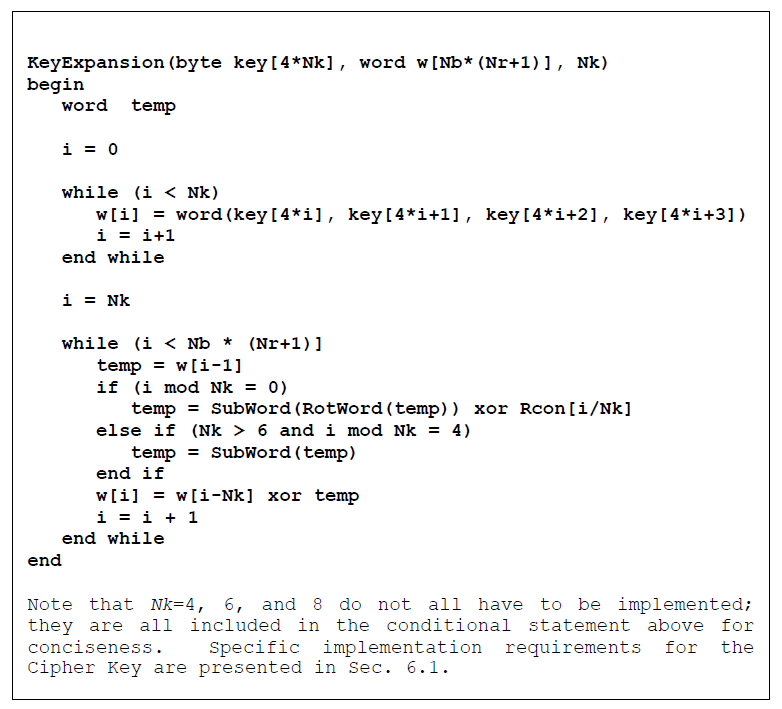 When you are asking

Don't you mean the fourth round? Let me explain.

As you can see with the above pseudo-code, the first loop just copy the secret key at the beginning of the array $w$. Then, we get into the second loop to compute rounds key which are derived from the given one.

Also, as mentionned in FIPS 197, note that the routine isn't the same regarding to the key length (which is $Nk$) because there are arithmetic conditions between $i$ and $Nk$ to get into different branches of the algorithm. For example, only $256$-bit keys will satisfy the condition else if (Nk >6 and i mod Nk = 4).

9
On-the-fly computation of AES Round Keys for decryption?
3
AES key/ciphertext space sizes
8
AES key expansion: 256bit key
2
Simple way to extend AES to 256-bit block size
12
What is the difference between key size and block size (for AES)?
1
AES-encrypted 128-bit null block: lookup table?
2
AES with small and large string keys
3
RCON for AES 192 and 256
0
How does AES-256 works if AES is only a 128-bit block cipher?