Why is padded RSA not CCA-secure? 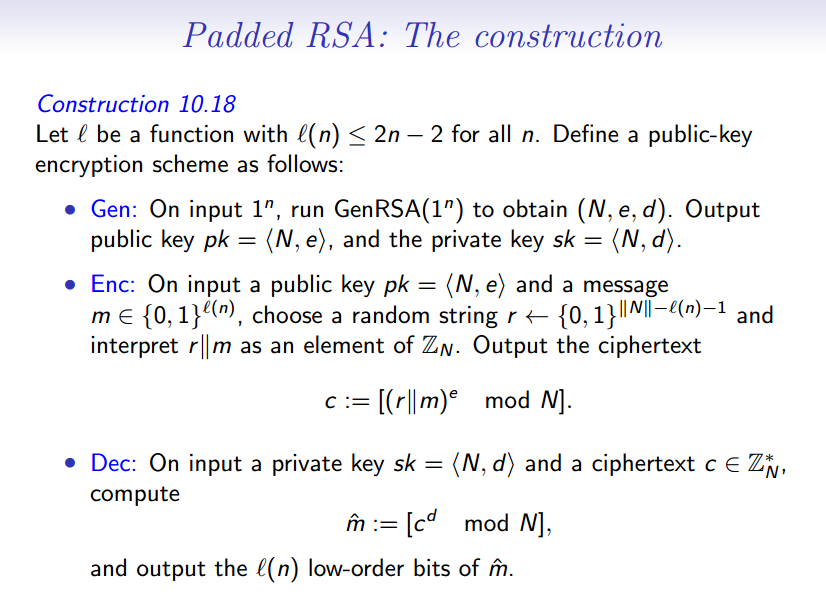 The (CCA-related) problem of this padding scheme is that it lacks a failure condition, i.e. a ciphertext which a decryption oracle will refuse to decrypt.

Now first for the chosen ciphertext attack which exploits RSA's homomorphic property. Assume you want to decrypt a ciphertext $c$ that is the encryption of $m$ which is encrypted properly according to the above procedure. Assume further you have a decryption oracle which won't decrypt $c$ itself.

As was noted by poncho in the comments of this answer, my above attack assumes, that the decryption oracle will give you the full message back and not just the lower $l(n)$ bits.

To fix this we'll apply an attack I like to call "hard-core predicate attack". It bases on the fact (as can be found in Katz' and Lindell's Introduction to modern Cryptography) that the least significant bit of a RSA encrypted message is a hard-core predicate. In the book the authors outline an attack to recover a full RSA message, given only an oracle that tells them whether the message corresponding to the queried ciphertext is even. Using this method we can recover the full blinded message $m'$ using polynomially many decryption queries and afterwards proceed with the above attack. For simplicity of the description I'll assume the decryption oracle only yields the least significant bit.