I want to choose an efficient signature scheme for implementation on a lightweight MCU. I was wondering how does the performance of ECDSA and BLS signature schemes compare in terms of signing time and signature size, etc.?

In fact it depends on various factors: 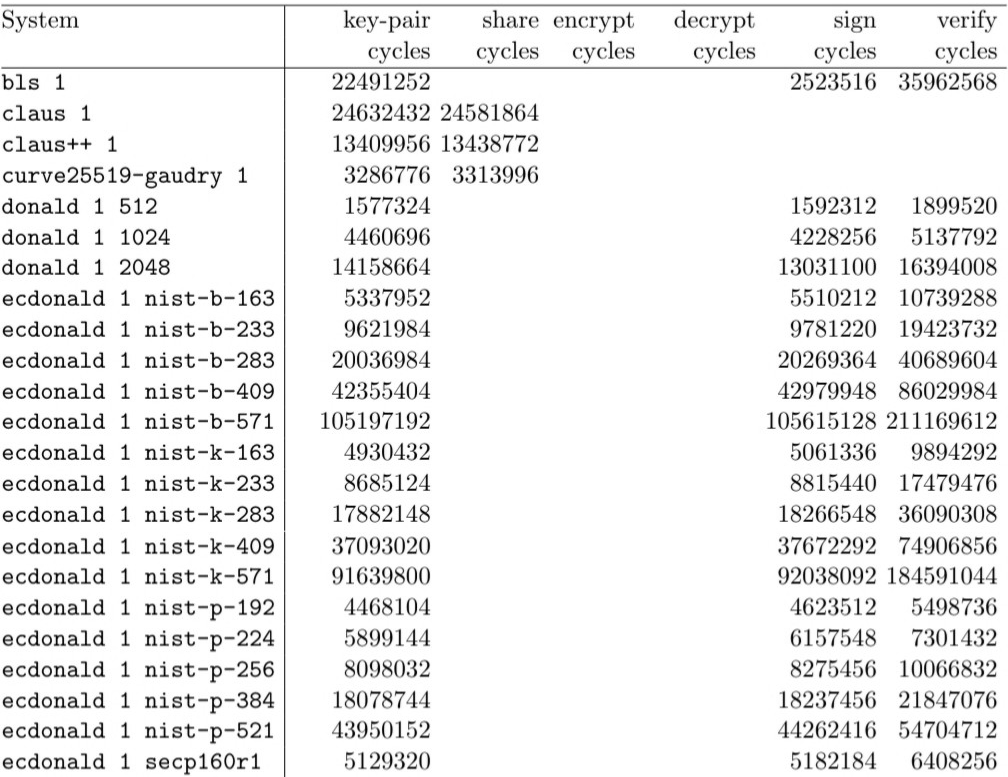 BLS signing algorithm is faster than ECDSA-256 but it is slower in key generation and verification.

Found this article that seems to answer your question: https://www.dash.org/blog/bls-is-it-really-that-slow/

Not the answer you're looking for? Browse other questions tagged signature dsa performance bls-signature or ask your own question.

17
Which blind signature schemes exist, and how do they compare?
7
How do RSA and ECDSA differ in signing performance?
9
Performance of ECDSA, ECKCDSA and ECGDSA
1
Using the same private key to generate Schnorr and BLS signatures
5
Compressing BLS signature with a hash function