What is the projective space? 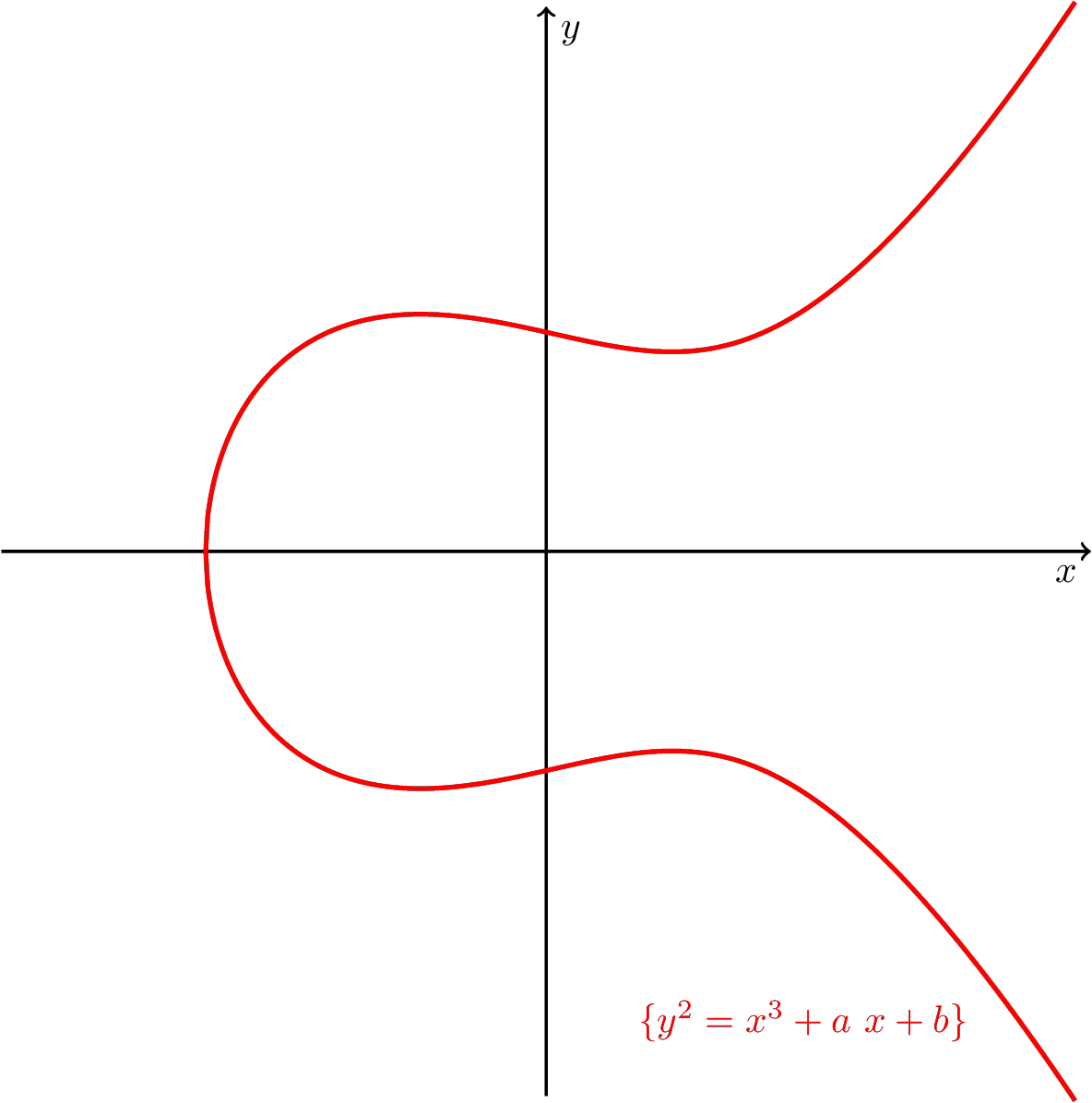 1. From a plane to a projective space

In other words, all the points on the same line going though the origin $(0:0:0)$ are equivalent with respect to $\sim$.

It may seem complicated so let us use some figures. Here we have a projective space. 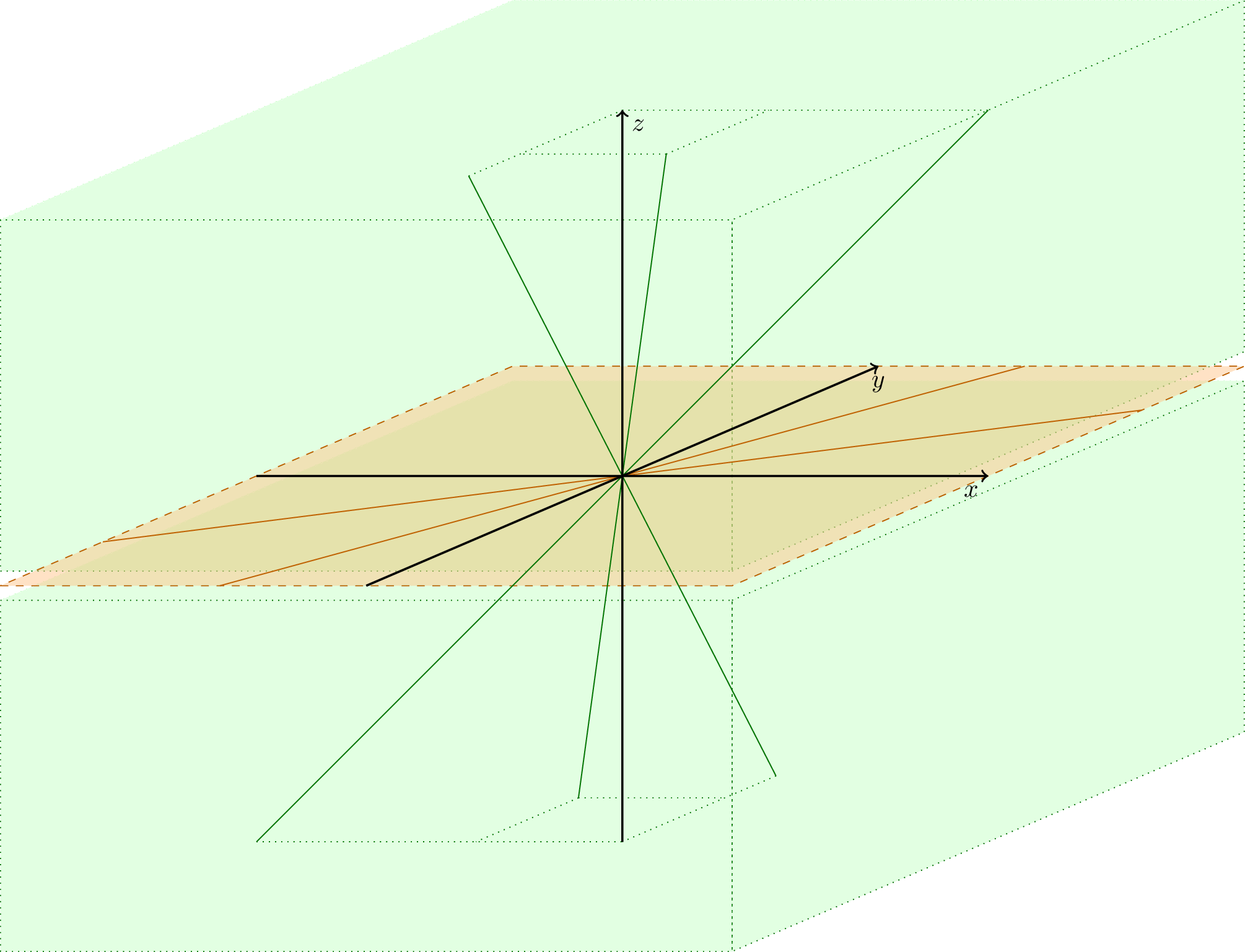 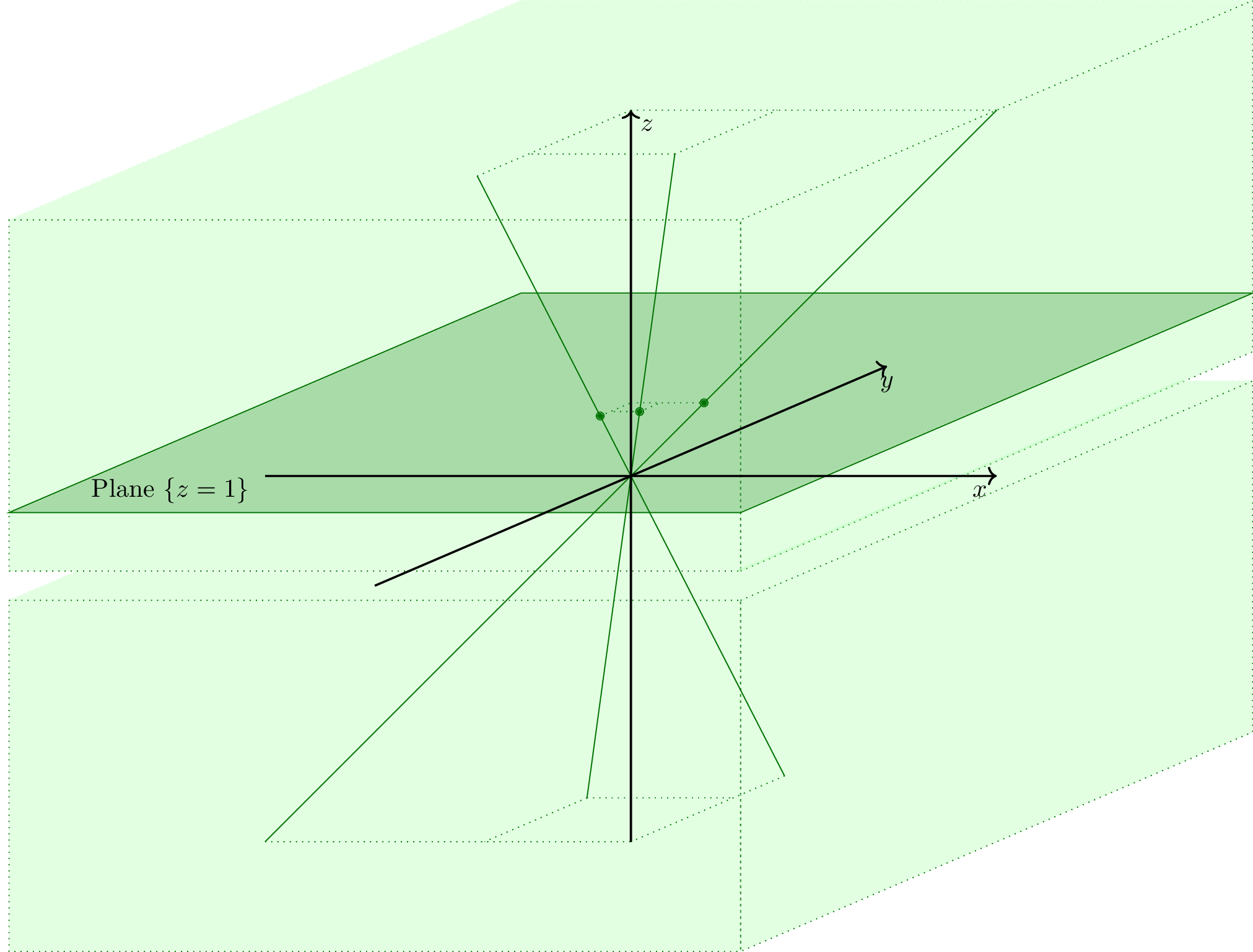 The only points that does not satisfy this property are those which equivalence line is parallel to the plane $\{z=1\}$. In other words, the points where $z=0$. 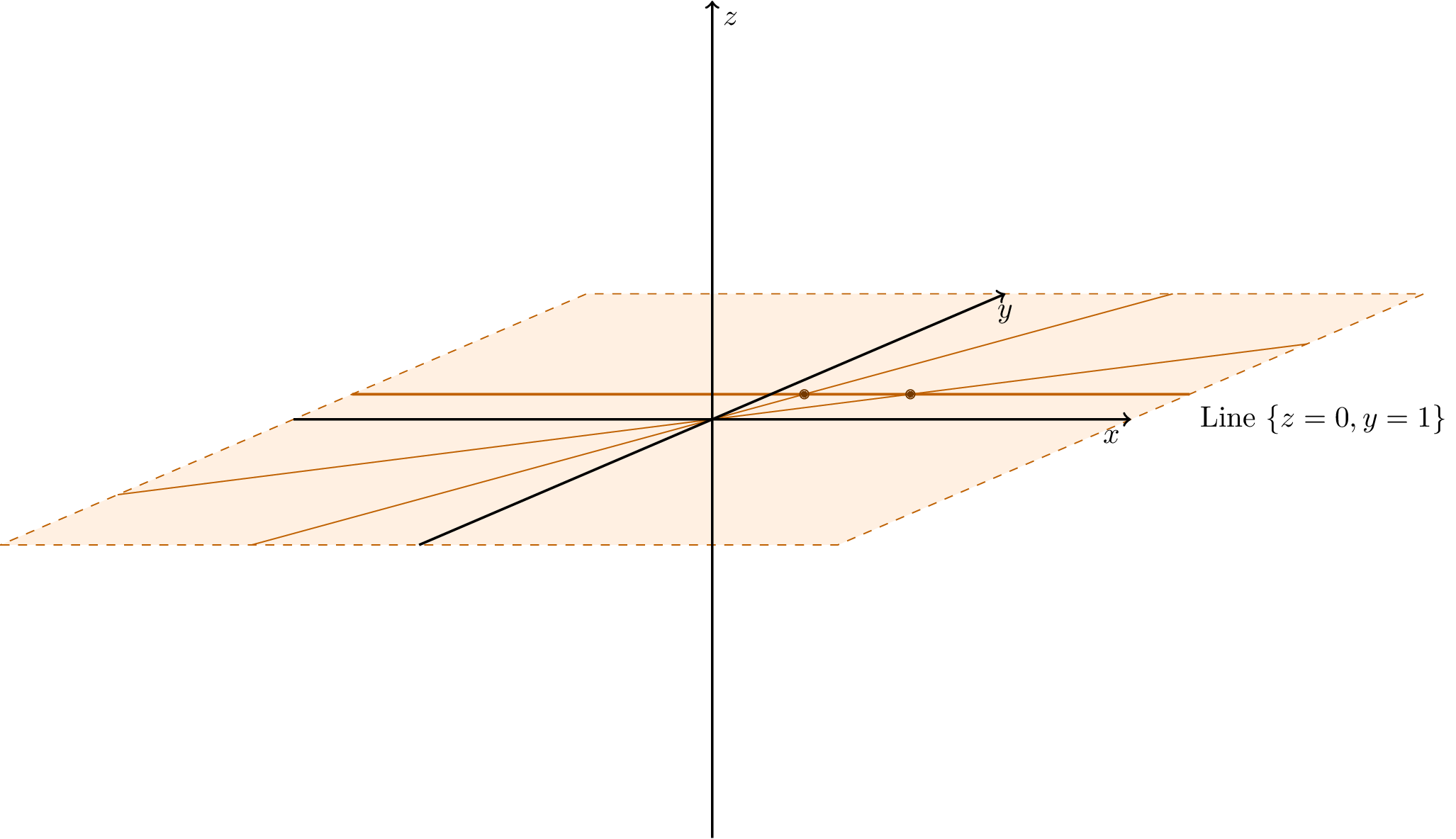 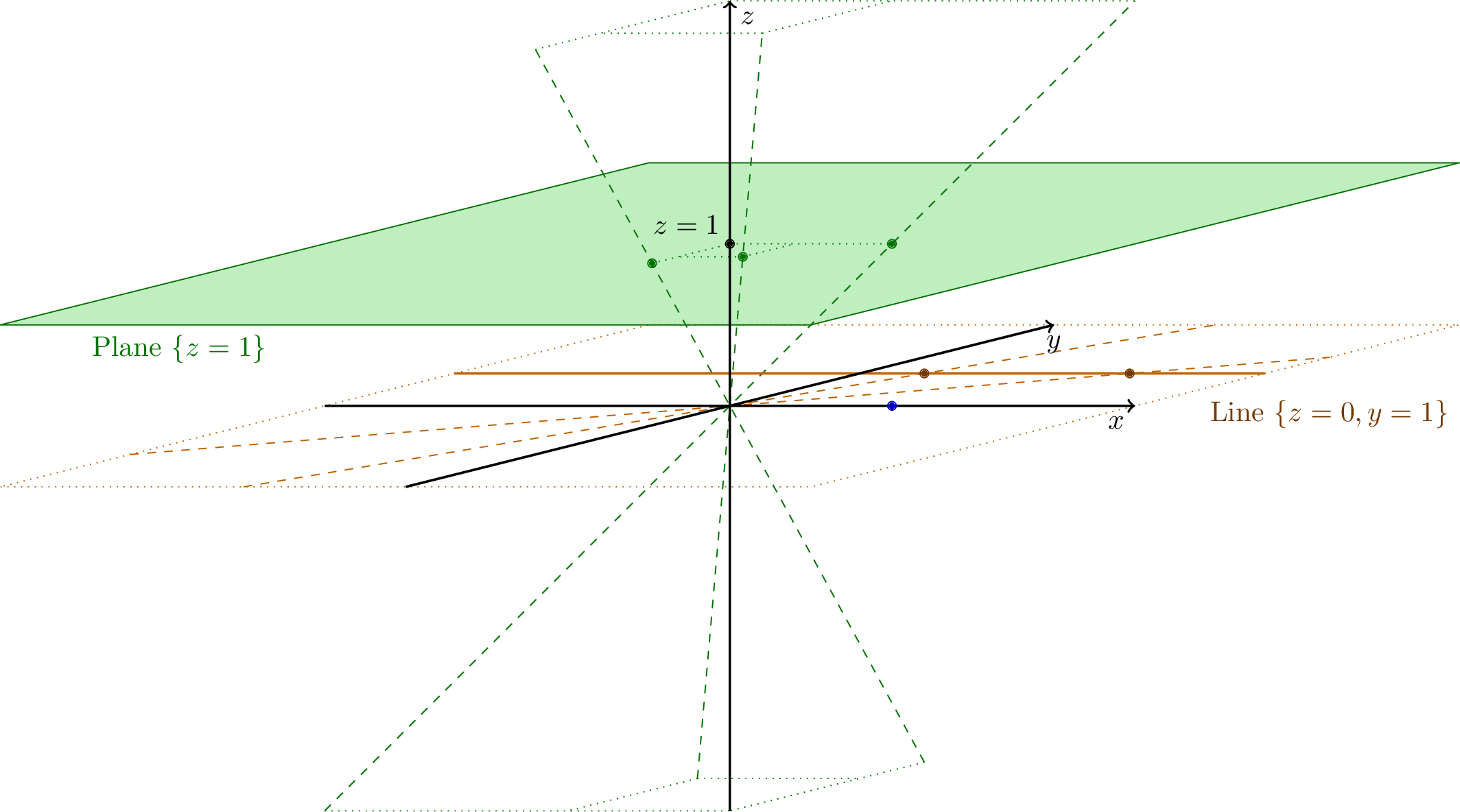 2. Going back to the curve

This is the simplest form, by replacing $z$ by its value in the equation we get: $y^2 = x^3 + a\ x+b$. Therefore the representation of the elliptic curve will be the same as the one above but projected on the plane $\{z = 1\}$.

Thus, we can finally represent our elliptic curve in its projective space as bellow. 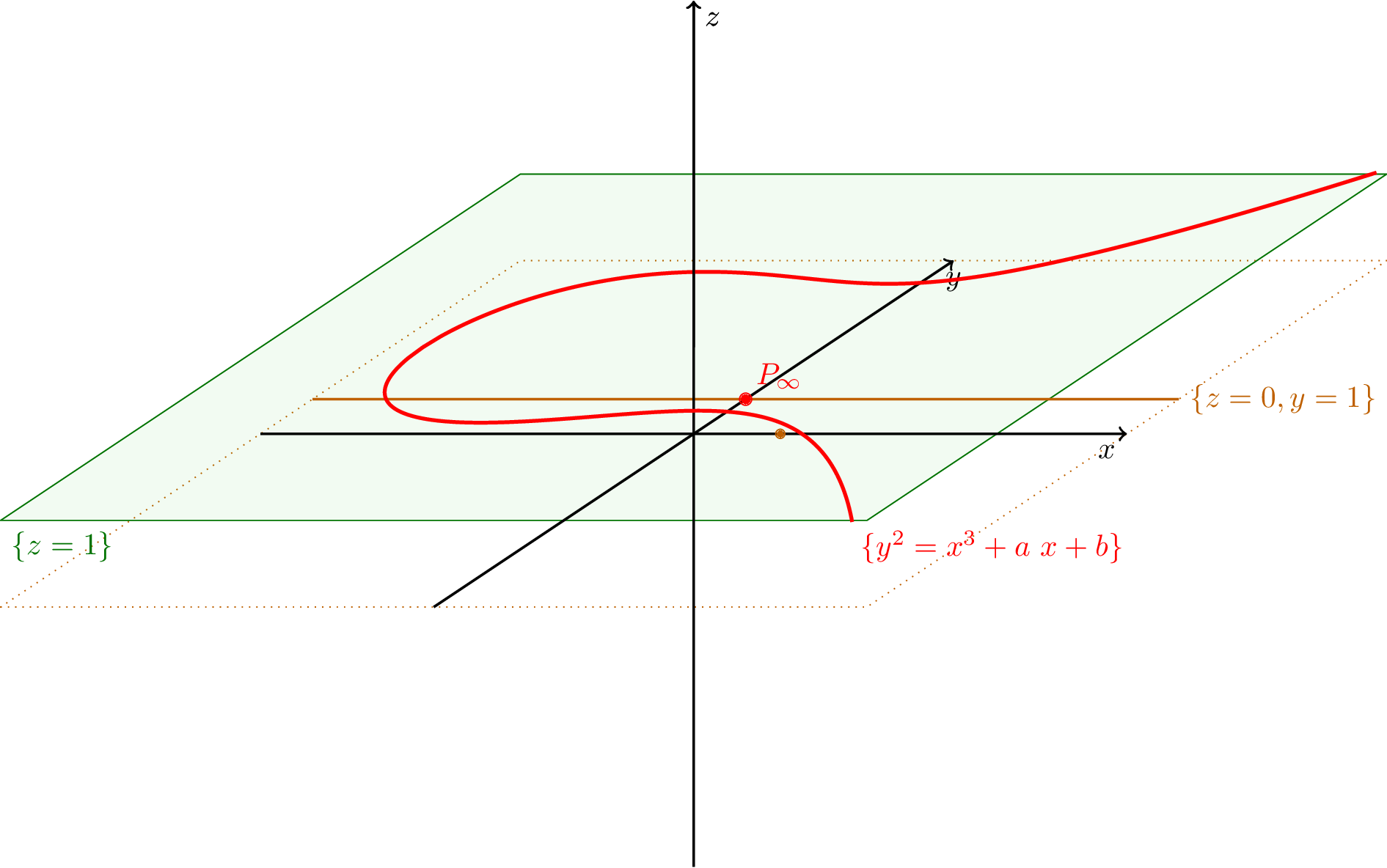 As a quick reminder, here is what a curve really looks like in a finite field: not as smooth as one would expect... 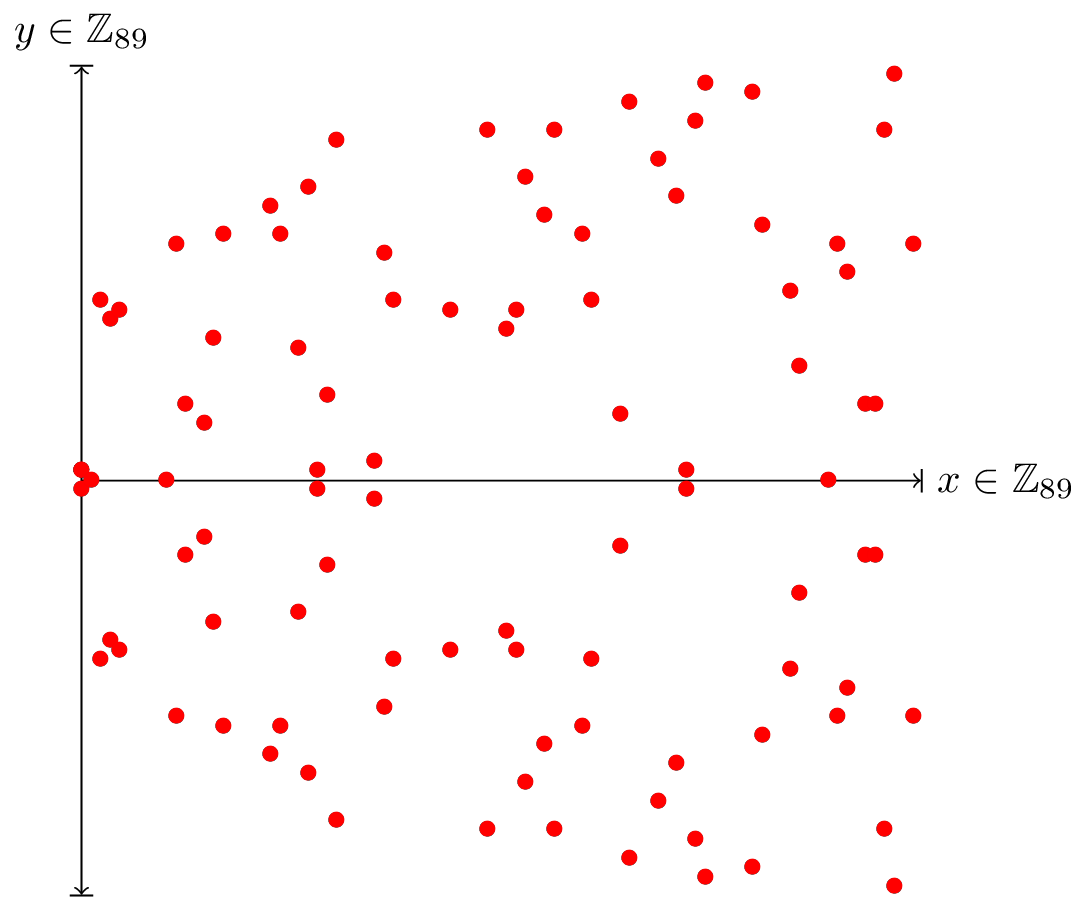 1
How to convert projective to jacobian co-ordinate in ECC?
8
Point addition equation in projective co ordinates
1
Elliptic Curve Point at Inifnity in Projective Coordinates
0
Convert affine to projective coordinates and vice versa in ECC?
0
Why is it better to add and double points on an elliptic curve using projective space?
6
What information is revealed if we send our points in Projective Coordinates?
2
Why is the point at infinity on Edwards Curve different to Weierstrass curves?
10
What is a "constant time" work around when dealing with the point at infinity for prime curves?
1
A few questions about the elliptic curves functionalities