In this paper the authors describe a differential attack against FEAL-8. They find several short differential trails, then extend the attack to the full 8-Rounds of the cipher by algebraic means.

In the diagram below, the differential trail includes a zero difference. How is this possible? If the inputs lead to a zero difference at some round in the middle of the cipher, would the intermediate ciphertexts not continue to stay the same for all future rounds?

How are these differential characteristics discovered? It seems easy to iterate over a (small) round function and find the difference probabilities for the inputs, but how can the authors see what the inputs are that cause the desired difference somewhere at a middle round of the cipher? 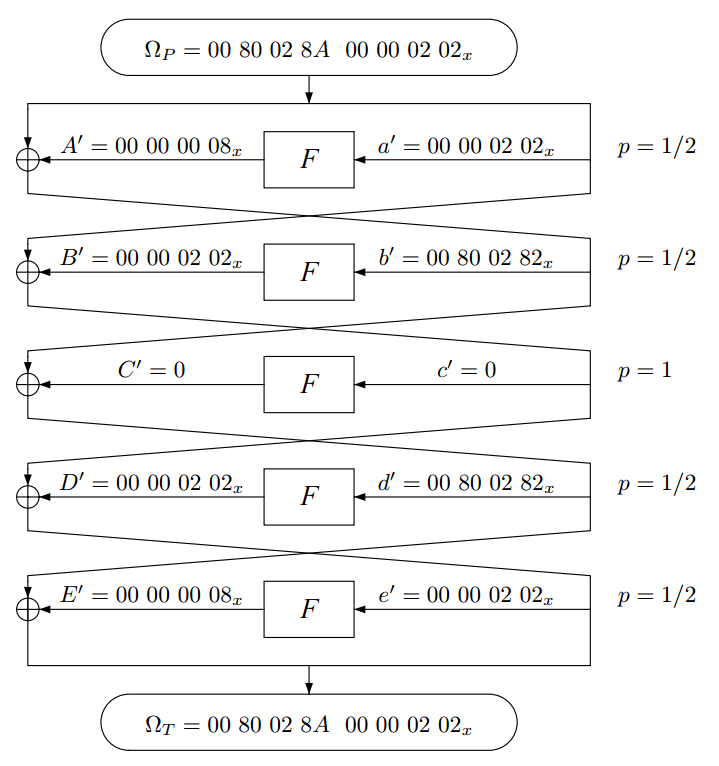 Not the answer you're looking for? Browse other questions tagged differential-analysis feal or ask your own question.