How is an AES S-Box cyclically shifted to the left?

I'm trying to an implement an enhanced version of AES which was proposed recently. The link to the paper is here: http://sdiwc.net/digital-library/enhancing-aes-using-novel-block-key-generation-algorithm-and-key-dependent-sboxes

In their proposed algorithm, a unique S-box is created for each round by XOR'ing all 16 bytes of the round key, and cyclically shifting the original static S-Box to the left by that value. I'm new to cryptography in general, and I understand the original AES algorithm well, but I don't understand what the authors mean by cyclically shifting the S-Box. Obviously, each individual byte can't be shifted, since the shift values produced are as high as 127. Is it each row of the S-Box that has to be shifted, or are all 256 bytes lined up somehow and shifted?

Yes they are talking about shifting each individual byte.

Without going into extreme detail, I would strongly recommend against using this... ever, it is not a good idea, and actually makes the cipher weaker. There are only 255 new s-boxes generated using this method, and they are all weaker than the original.

The example s-box given shows the following properties:

The AES standard s-box has these values for the same properties:

The new s-box also inherits the undesirable properties of the original, such as simple algebraic representation and CCZ equivalence.

The following illustration explains the concept fantastically. It's taken from A Stick Figure Guide to the Advanced Encryption Standard (AES).

Cyclically shifting refers to the fact that the byte values wrap round like a cyclical buffer and are pushed back on the other side as shown.

The paper you have linked applies this type of shifting in a key-dependent fashion to generate 10 'round-sboxes' from one static key independent cipher sbox. 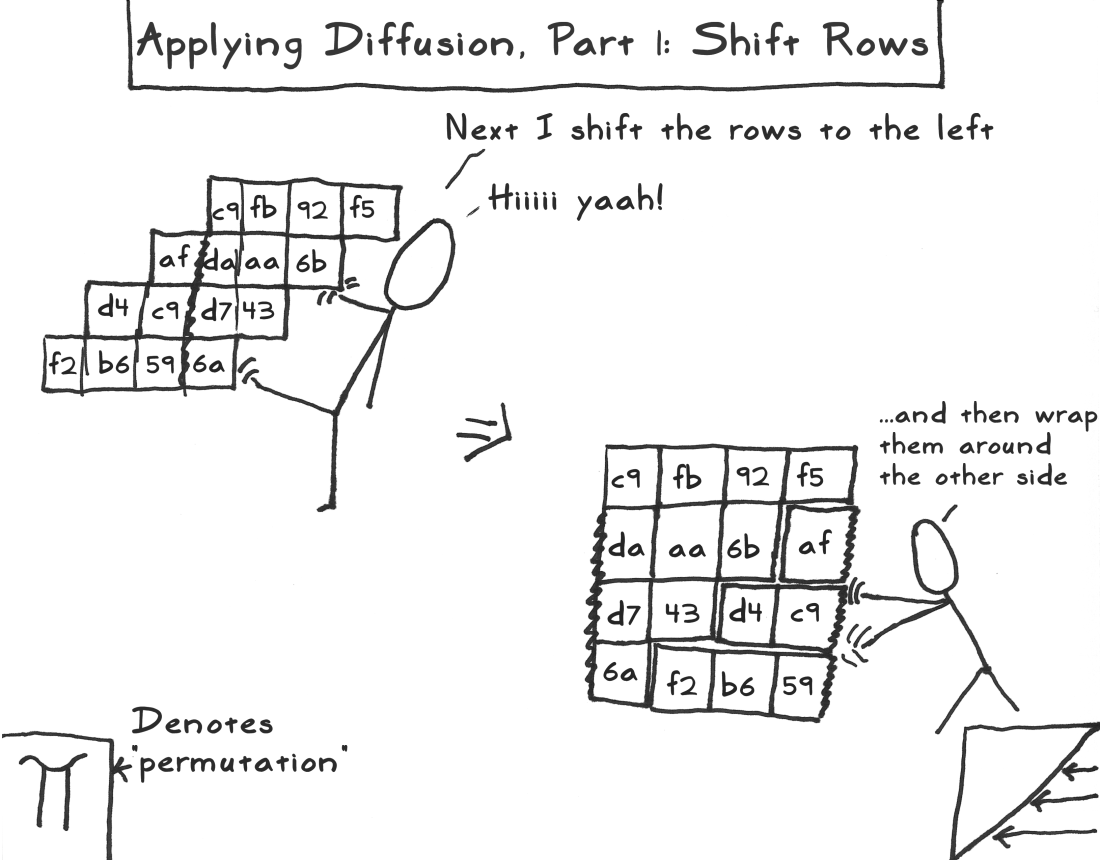 7
How does the split mask countermeasure work on AES?
5
How to assess the strength of the avalanche effect for AES?
1
What makes an open source encryption algorithm safe?
12
Does changing the order of the steps within a round affect the security of AES?
3
Why Camellia has 4 Sbox
1
Crypt-analysing modified AES algorithm with no shift-rows, and no key-expansion
1
AES with other SBoxes
0
AES and the Feistel Structure Used Together?