I'm having the following protocol specification of a k-out-of-n oblivious transfer (as part of some E-Voting protocol) and it's bugging me that I fail to understand it with my basic knowledge of cryptography. 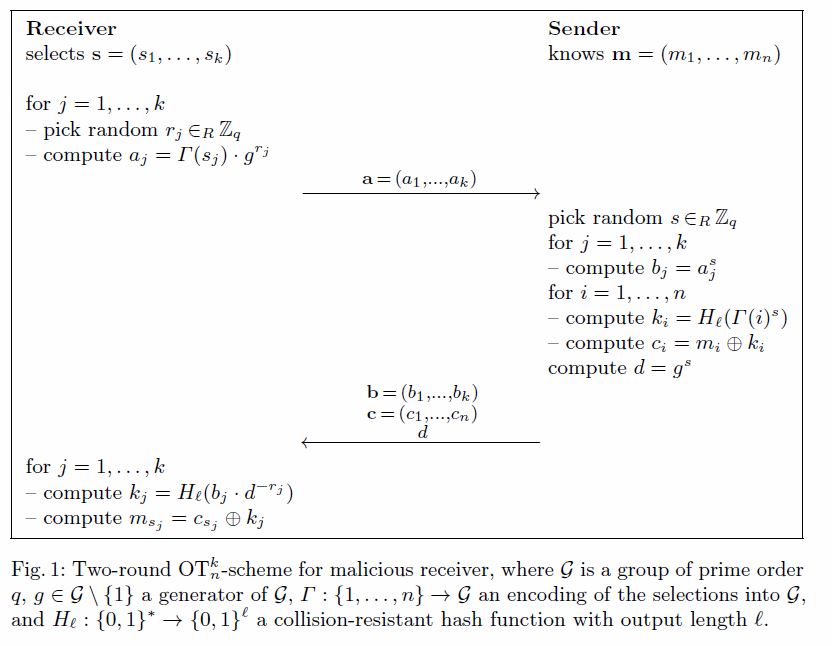 This particular implementation looks totally different from the usual 1-out-of-n "the receiver generates multiple public keys but only one is valid" examples I can find in the Internet.

Not the answer you're looking for? Browse other questions tagged oblivious-transfer or ask your own question.