How secure is this block cipher? [closed]

As an 17-year old highschool student with some interests into cryptography I developed following block cipher:

Let $H$ be an irreversible hash function with the block length $L$, which also is the block and key length. (I used SHA-256 for my example implementation below).

$O$ is the original key while $K$ is the expanded (and mutated) key.

First, the key is expanded to the length of the plain text $P$ using following scheme:

After each round, the key mutates by $K_n = H(K_n \oplus O)$, this key mutation is not shown in the graph below. 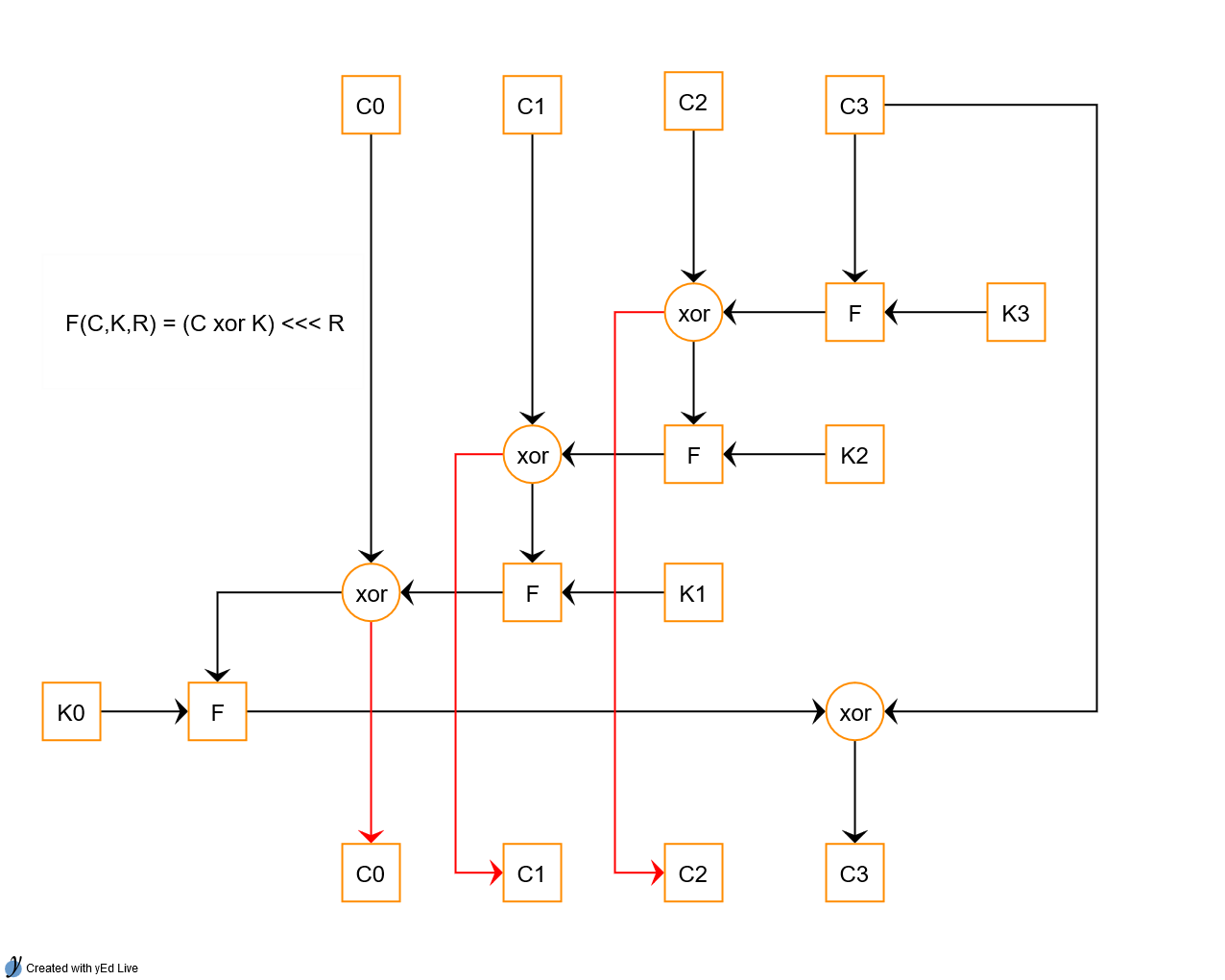 To decrypt, you'll just have to calculate the round keys and apply the rules above in reversed order. Functional java code can be found here.

Sadly, I'm not able to perform an any "modern" cryptoanalysis due to lack of mathematical knowledge, but here are some thoughts on my cipher:

I hope you have more idea's when it comes to attacking this algorithm and / or are able to perform known cryptoanalysis.

As pointed out in the comments, your encryption process is linear (mod 2). So this cipher is very weak, all you need is linear algebra.

Not the answer you're looking for? Browse other questions tagged cryptanalysis block-cipher or ask your own question.

70
How does one attack a two-time pad (i.e. one time pad with key reuse)?
2
Exercise: Attack on a Two-Round DES Cipher
2
Simple way to extend AES to 256-bit block size
0
Would this method allow fast authenticated encryption using only a single encryption operation per block?
2
Is this commutative encryption protocol secure?
1
How can I determine key length for message encrypted by many-time-pad?
1
Cipher Block Chaining
2
Block cipher information leakage using same key