Here is the CMAC picture from Wikipedia where it is only part of the one-key MAC article: 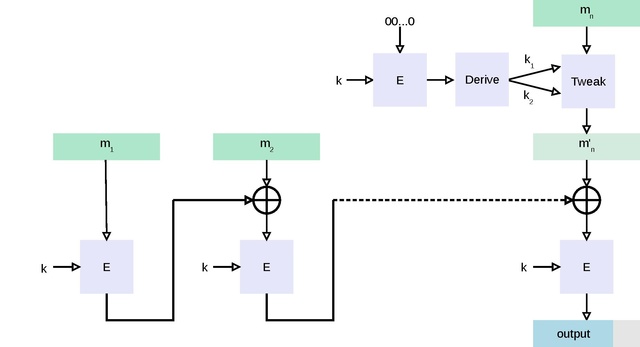 I don't see how it could be because it treats the last block of the message differently but this was mentioned in the comments of another question so I wanted to clarify.

Here is the quote from poncho:

CMAC and XCBC are similar to the UMAC case (even though a universal hash is not involved); if you find two messages that have the same CMAC value, it is likely that a simple length-extension to the two messages will allow the attacker to create other pairs of messages with the same MAC.

Bonus question: Are there other ways to exploit a collision?

Browse other questions tagged mac length-extension cmac or ask your own question.

6
What are the consequences of a MAC tag collision?