How to find the inverse of f(x) in NTRU key generation?

I work on a project that depends on the NTRU cryptosystem, but I don't know how to find the inverse of $f(x)$. 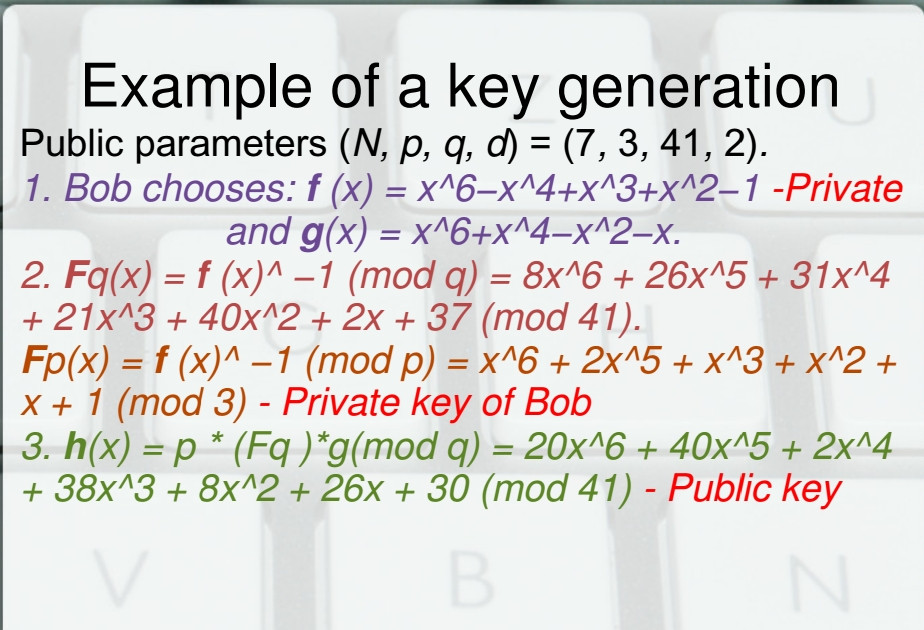 Please help me to understand this problem.

$\newcommand{\Z}{\mathbb{Z}}$This somewhat oblique notation $F_q(x) = f(x)^{-1} \pmod q$ means that $F_q$ is the inverse of a unit element $f$ in the quotient $(\Z/q\Z)[x]/(P)$ of the polynomial ring $(\Z/q\Z)[x]$ by the ideal generated by some monic irreducible polynomial $P$ with integer coefficients. $P$ is a system parameter presumably defined in an earlier slide. Given $P$ and $f$, you can compute $F_q$ with the extended Euclidean algorithm.