NTRUencrypt: why is it dangerous to use two different ephemeral keys for the same message?

NTRU is an example of a probabilistic cryptosystem, since a single plaintext m(x) has many different encryptions p*h(x)*r(x)+m(x) corresponding to different choices of the ephemeral key r(x). (In here, h(x) is public key, m(x) is a message, and p is a public parameter. r(x) is randomly chosen in the encryption phase.)

why is it dangerous to send the same message with two different random ephemeral keys?

And why does using the hash of the plaintext keep security?

I read a paper, "Authenticating Privately over Public Wi-Fi Hotspots", and they generate a query vector $v_i$ like in the below figure. (for Private Information Retrieval). And the query consists of lots of (NTRU-encrypted) ciphertexts of '$0$', and an attacker absolutely knows it. Is it safe? 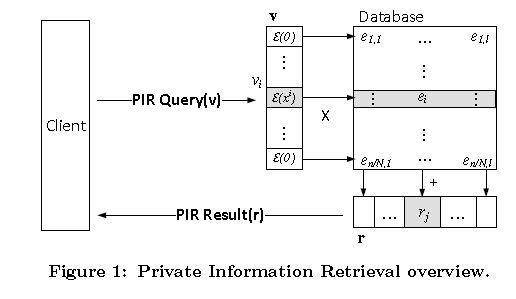 Browse other questions tagged ntru or ask your own question.

14
Does NTRU decrypt correctly now?
6
NTRU crypto from unseen.is; myth busting help
6
Multiple NTRU public keys for the same private key?
2
How to find the inverse of a polynomial in NTRU-PKCS