Why do we need Hash by key?

Assuming John have a clear text message , he can create a regular hash ( like md5 , or sha256) and then encrypt the message.

John can now send Paul the message + its (clear text)hash and Paul can know if the message was altered. ( decrypt and then compare hashes).

Even if an attacker can change the encrpyted data ( without decrypt) - - when paul will open the message - and recalc the hash - it wont generate the same hash as the one john sent him.

so why do we need hash by key ? 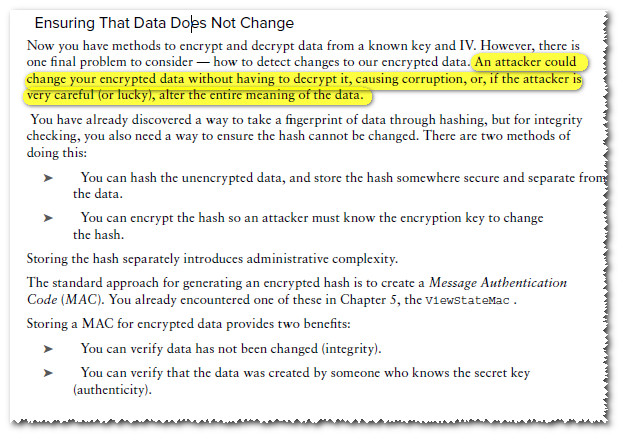 The question is about an attempt to augment an encryption scheme with an integrity-protection measure, by additionally transferring the hash $H=\mathtt{Hash}(P)$ of the plaintext $P$ together with the ciphertext $C=\mathtt{ENC}(P)$ of the original encryption scheme; and having the recipient of an alleged $(C,H)$ obtain the alleged $P=\mathtt{DEC}(C)$, and accept that $P$ as genuine if $\mathtt{Hash}(P)=H$.

If the attacker was hypothetically capable of meaningfully altering ciphertext, then he probably also has the ability to just compute the hash of the modified data (since the hash does not use any secret information), and replace the existing hash by this one, which would defeat your integrity system.

This is easy with encryption modes of operation which are based on a keystream, because if some existing data is known - which is very often the case - it can trivially be changed via the well-known property that $((P_1 \oplus K) \oplus (P_2 \oplus K)) = P_1 \oplus P2$. A robust integrity system is paramount in these situations.

With a keyed hash (also called a hash-based message authentication code, or HMAC for short), the encryption key itself (which is not known to the attacker) is used within the hash function, which makes it impossible for the attacker to forge a valid fingerprint of any data he tries to alter, therefore if he tries to mess with your ciphertext, you will be able to detect it and take the necessary measures (disconnect, etc...)

Not the answer you're looking for? Browse other questions tagged hash protocol-design or ask your own question.

8
Hash decrypts key, key decrypts cipher… why?
20
Are there hash algorithms with variable length output?
0
Concatenating a hash function for generating one hash for multiple files
2
Why do we need a digital signature?
6
HMAC versus encrypted hash
1
Need for secure hash function for a bloom filter
1
How does hashing help improve password security?