Would fragmenting data into several independent secured files would make a system Quantum-Resistant?

In 2018 IBM is making available the first quantum computers.

This can be a disaster for most security systems based on computing power.

Could this type of scheme bring a solution to this problem ? 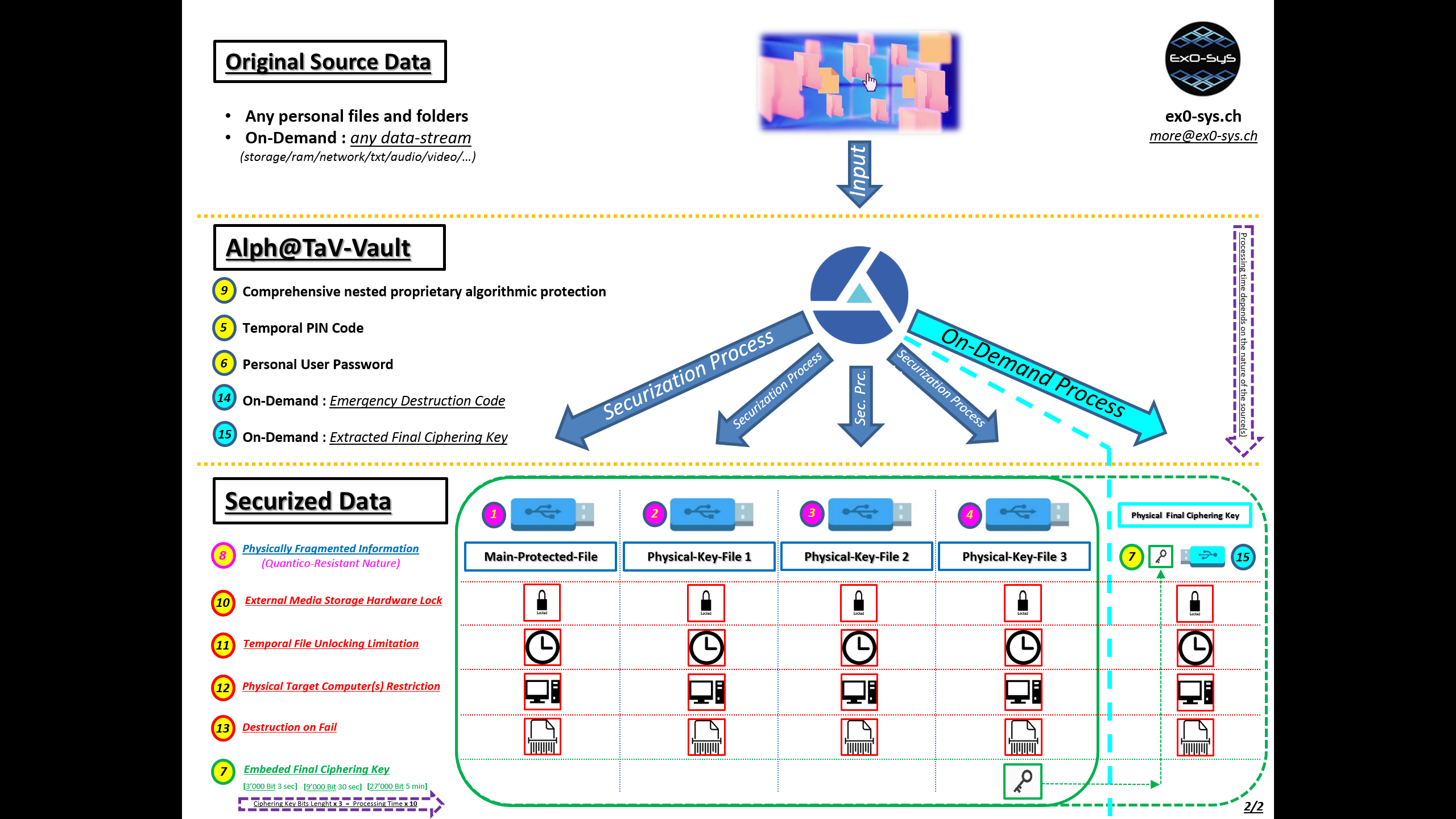 Fragmenting information as above.

Thanks in advance for your answers.

It seems this scheme tries to secure the data by holding the encrypted data back until the user can prove to have legitimate access to it (knows the password). In this case, your main fear shouldn't be quantum computing but other vulnerabilities as they've been presented in the past.

Further, the claim that a propietary (encryption?) algorithm is used should raise suspicion since the algorithm can't be analysed by the public crypto community. One downside of it is that any statement about is quantum resitance is purely speculative, but let's create a potential scenario:

Then, we have to do some assumptions about the system deployed by Ex0-Sys:

When the cipher used to encrypt the file turnes out to be secure, the best the attacker can do is using Groovers algorithm, recovering the key in $O(\sqrt{2^n})$ or $O(2^{n/2})$. Algorithms like AES-256 would then have 128-bit security, which is reasonably safe.

However, since a propietary algorithm is used, there is a non-negible probability that it is vulnerable to classical attacks like differential or linear cryptanalysis, so the attacker wouldn't need to own a quantum computer.

Last but not least, to answer the question in the title:

Not the answer you're looking for? Browse other questions tagged encryption algorithm-design encoding post-quantum-cryptography or ask your own question.

5
Using encryption schemes for identification
6
Long-term data protection, storage of old encrypted traffic and quantum cryptocalipse
1
Sequence of Encrypting RSA like Chaum Blinding scheme
0
Will current encryption always remain secure? Is there mathematical proof?
7
Cryptography and patents
2
How secure is a hash based signature scheme after signing assuming quantum computers?
4
Relationship between generating elements given by cycles in Cayley graph
2
Crypto scheme to map data to users in a way that is anonymous to database server