Stack Overflow for Teams is moving to its own domain! When the migration is complete, you will access your Teams at stackoverflowteams.com, and they will no longer appear in the left sidebar on stackoverflow.com.

Check your email for updates.

I am new to cryptography and I am very confused. In fact, I am so confused that I have trouble providing a suitable title for my thread...

I know that a Substitution Cipher is designed to substitute one letter or character for another, to produce a ciphertext as shown in the picture below 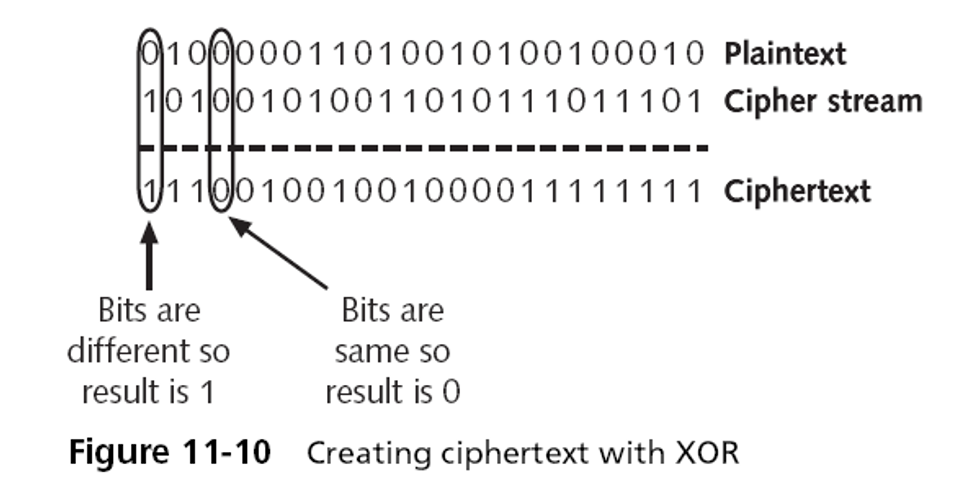 With most symmetric cipher, the final step is to combine the cipher stream with the plaintext to create a ciphertext using XOR binary logic encryption.

For #1, binary is used for a number of reasons. First, XOR is a logical operator, so it only operates on bits. Modern computers store everything as bits, too, so that makes XOR convenient.

As for why the first picture is not in bits, that is because no one uses (or at least should) use substitution ciphers such as the one proposed on modern computers. That substitution cipher is extremely insecure. Those sorts of ciphers were typically seen in the pre-computing age, so showing it with an alphabet instead of in bits makes sense. You could, however, show the same graphic with binary text. You'd first have to break up the binary into groups of values (maybe 4 or 5 bits per group) and show a substitution table for the 4 bit values.

For #2, the key is used to produce the cipher stream. That is not shown in the picture.

This is however an incidental, not essential distinction. Mathematically you could formulate modern algorithms to work on letters instead of bits. One way to perceive this is to think of one-time pads, and in particular historical pen-and-paper instantiations thereof. It's relatively straightforward to write a program that, given a password and page number as input, uses a modern stream cipher to reproducibly generate a page with pseudorandom characters that looks very much like the one in the latter link, which you could then use with pen and paper to encrypt messages. That would be a stream cipher, but based on letters instead of bits.

Note that, mathematically, the same sort of thing is going on: