My question is about choosing the rotation values in ARX design such as SIMON-like or SPECK-like ciphers to provide optimal differential and linear immunity. According to this, the selection of $a$ and $b$ values (shown in SIMON-like figure below) must comply with the condition $\text{gcd}(n, a-b) = 1$ where $n$ is the size. Attached ARX structures with $2/4$ branches of SPECK and Marx (Mix + arx).

How have the rotation values been selected? Was the selection it ad-hoc (then tested against common cryptanalysis such as differential/linear or rotational) or systematic such as the selection of $a$ and $b$ in SIMON-like? does the size of plaintext size (32/64/128 bit) influence the round constants? 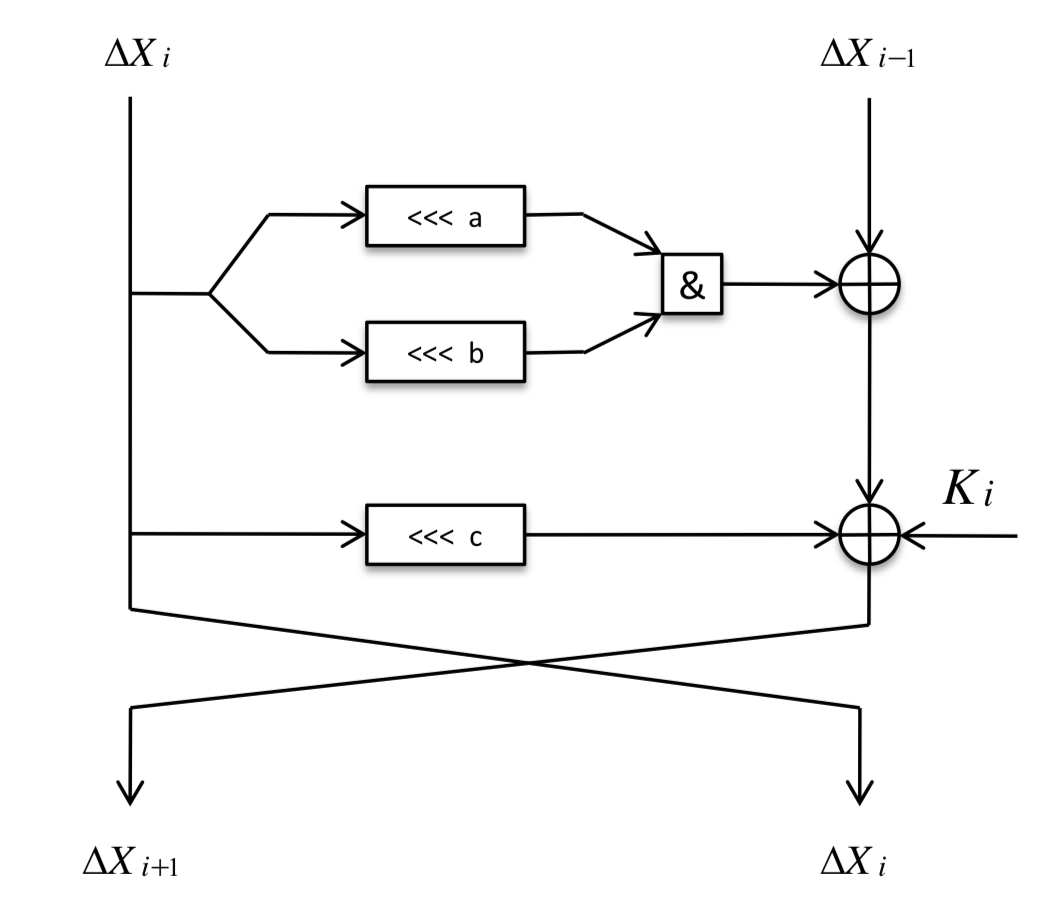 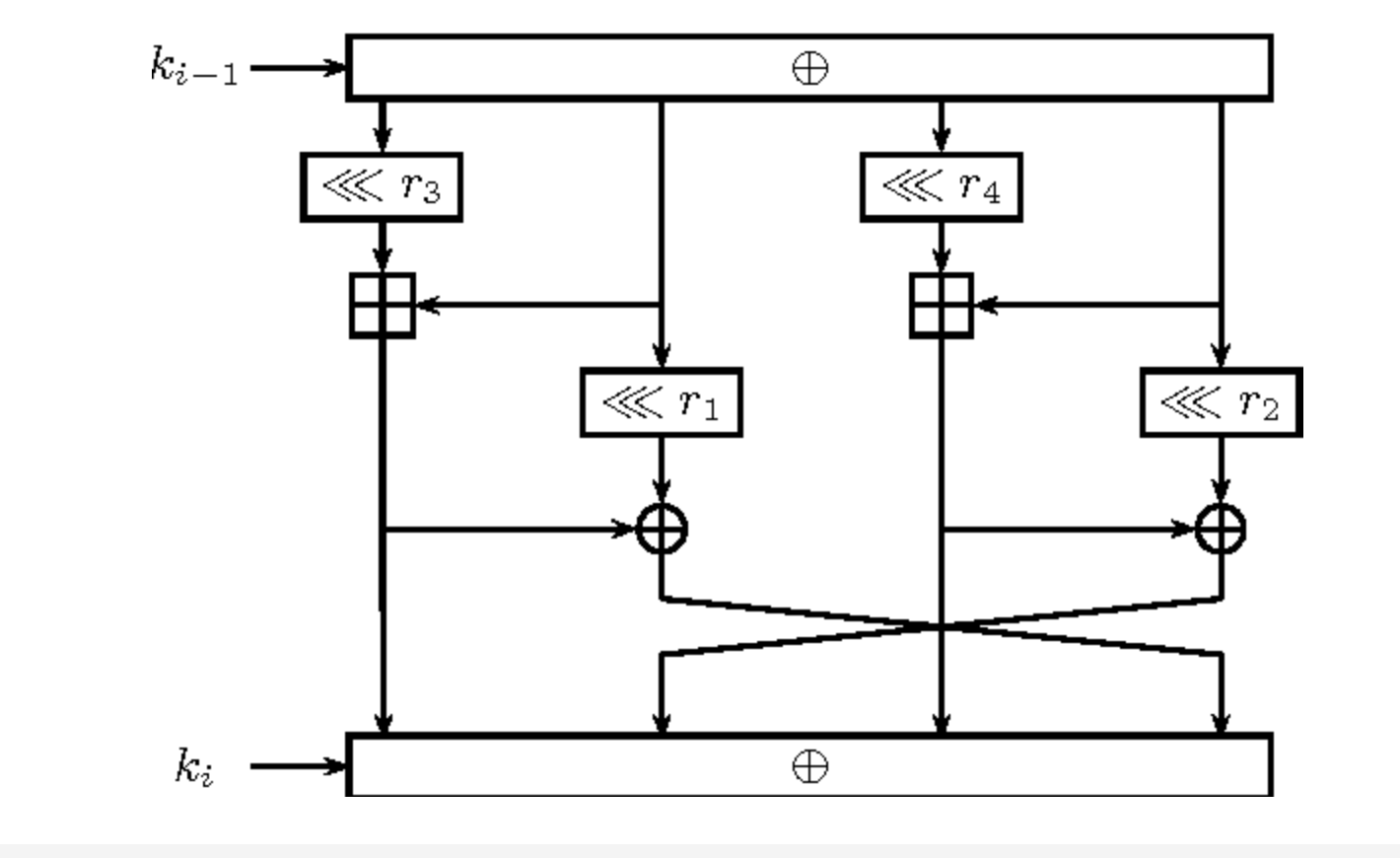 Leaving besides that the designers (NSA) of Simon and Speck did not provide an initial design rational for their ciphers/parameter choices, they added some notes later after pressure from the cryptographic community/ISO. There they mention that they selected the round constants to be

... optimal with respect to resistance against 8-round differential and linear attacks...

...many of these led to poor performance on software devices (especially 8-bit microcontrollers) and so were rejected...

... our choice of constants, implementation on 8- and 16-bit microcontrollers will be more efficient than had these constants been chosen at random ...

The rotation constants in our permutation are chosen to be optimal for microcontrollers which often only allows efficient rotations/shifts by one or two bits, and byte-permutations by 8-bits.

So one of the reasons for the choice of rotation parameters is that they are optimal for implementations.

Another point for choosing the rotation parameters comes from a security point of view regarding differential/linear attacks. The non-linearity of ARX ciphers only comes from the modular addition. If we look closer into modular addition, we can see that the non-linearity actually just stems from the carry propagation (more details i.e. here), as the sum is simply just an XOR (which is linear). In general, for ARX ciphers the best rotation constants would shift a difference to a position where it reaches the msb last (as a difference in the msb is not counted in the calculation for the probability). Therefore, one can ensure that the differences quickly build up and are not canceled out.

Moreover, regarding the rotation constants for Speck, the designers of the block cipher Sparx mention in their paper

While it is possible to choose the rotations used in Speckey in such a way as to slightly decrease the differential and linear bounds, such rotations are more expensive on small microcontrollers which only have instructions implementing rotations by 1 and by 8 (in both directions)

and they also provide the different rotation constants that actually would improve the differential/linear bounds of Speck (for the cost of less efficiency):

The size of the plaintext influences the choice of round constants indirectly, as one would have to choose a constant such that it is obviously between 1 and the wordsize = plaintext size/number of branches. This is because a rotation of 0 won't change anything and a rotation large then the wordsize would just be the same as a rotation modulo the wordsize.

Not the answer you're looking for? Browse other questions tagged block-cipher linear-cryptanalysis differential-analysis arx or ask your own question.

3
Role of xor in ARX construction
2
Would modifying the key of an arbitrary ARX cipher make it harder to break?
6
Weaknesses in ARX block ciphers
1
Alternative block cipher design paradigms to SP-networks and Feistel-like ones?
3
Why is variable rotation uncommon in cryptographic primitives?
13
Understanding the wide trail design strategy
1
Term for non-ARX symmetric-key cryptographic primitive design strategy
0
what are the benefits/limits of constructing AEAD using Duplex mode with ARX primitive (chacha20 for example)?