This example is from “Efficient Secure Two-Party Protocols-Carmit Hazay-Yehuda Lindell”. 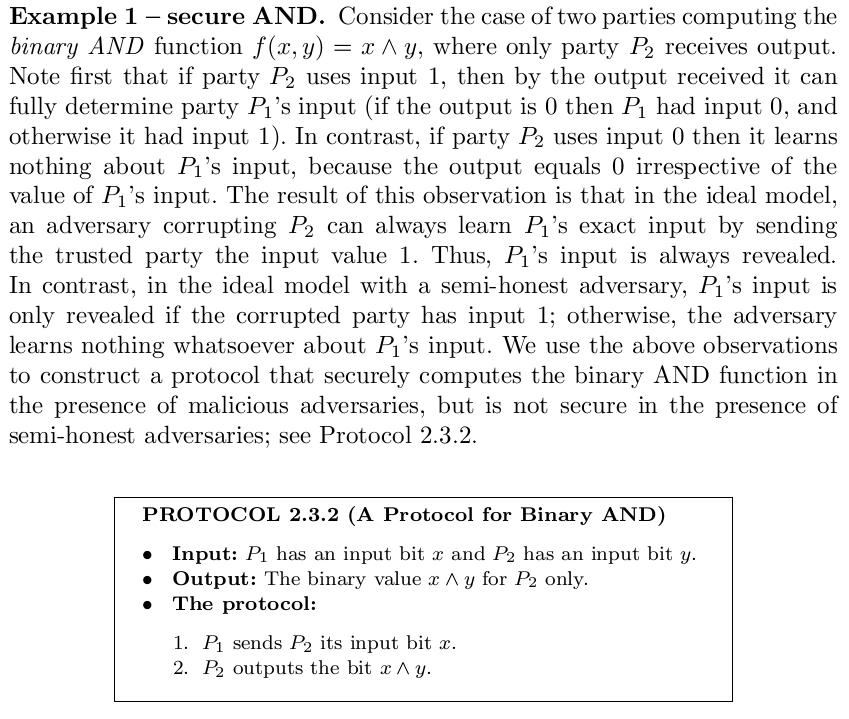 And the security proof of the above example is this:

I have drawn a picture that is deduced from the above security proof. 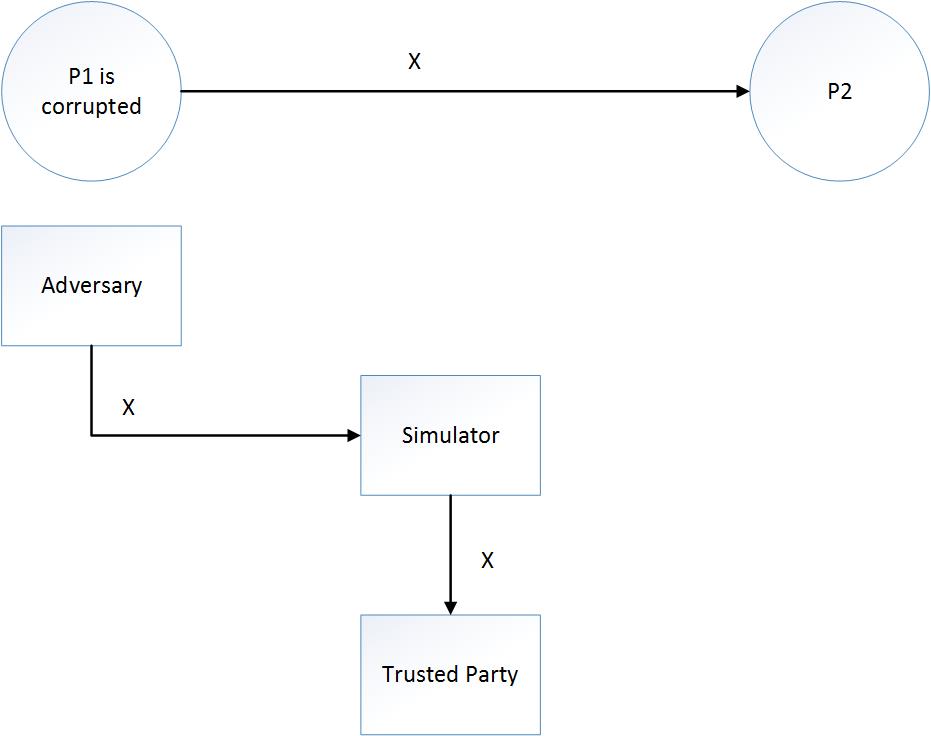 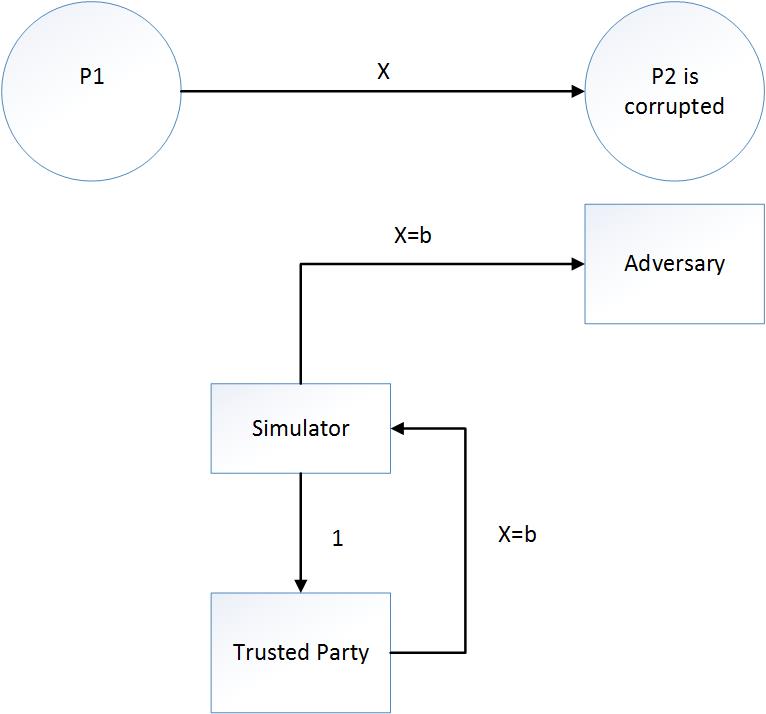 I have several questions:

According to the above definition 2.3.1 and the description on page 24, I think the answer is like this:

If my answers are not correct, please correct them.

Without meaning any offense to the authors, this proof could perhaps have been written a bit more clearly; probably, since this is a fairly minor result, they didn't expend too much effort on it. Here is a longer but hopefully clearer rewording which should clear your terminological confusion.

* This is basically what they mean by "$\mathcal S$ receives [...] from $\mathcal A$." You could consider that $\mathcal S$ is given black-box or oracle access to $\mathcal A$: it sends $\mathcal A$ the values $x$ and $z$ and $\mathcal A$ returns $x'$ and $x''$ like it does in the real world. It's a bit awkward, however, because such black-box/oracle access has not been defined at this point in the book, and in particular does not appear in the security definitions.

Not the answer you're looking for? Browse other questions tagged protocol-analysis security-definition or ask your own question.

3
What's the principle to design the functionality under UC framework?
3
What does “simulator” and “interactive” mean in a cryptographic credential system's definition of security?
18
Simulation-based proofs and universal composability proofs
7
Definition of secure computation with more that two parties
5
Difference between semi-honest and malicious adversary using Ideal Real Model Paradigm
0
Using the security definition in the malicious model to prove security in the semi honest model
2
How to use Real-Ideal model in a specific scenario (two party with cloud)
3
Security proof in the Malicious Model
10
Contradiction to the Sequential Self-Composability of Black-Box Zero-Knowledge?