How to perform Shamir Secret Sharing with a Tabula Recta?

In this post, a couple comments suggested that a tabula recta could be used to perform Shamir Secret Sharing. I'm specifically interested in this statement:

If this simply means a 10x10 table, that's no problem. That's smaller than a regular tabula recta. But even if it's 100x100, I am still interested in how this would work.

I've provided an example polynomial $4x^2+3x+1$ which evaluates correctly to 1, the secret, at $x=0$, 3 when $x=1$, 3 when $x=2$, and finally 1 when $x=3$. Then, to reveal the secret, take these shares and look them up as described. I've boxed in red the correct value from following the described procedure. This set of tables should work for any polynomial valid in the field described and for shares based on players associated with the same values for $x$. 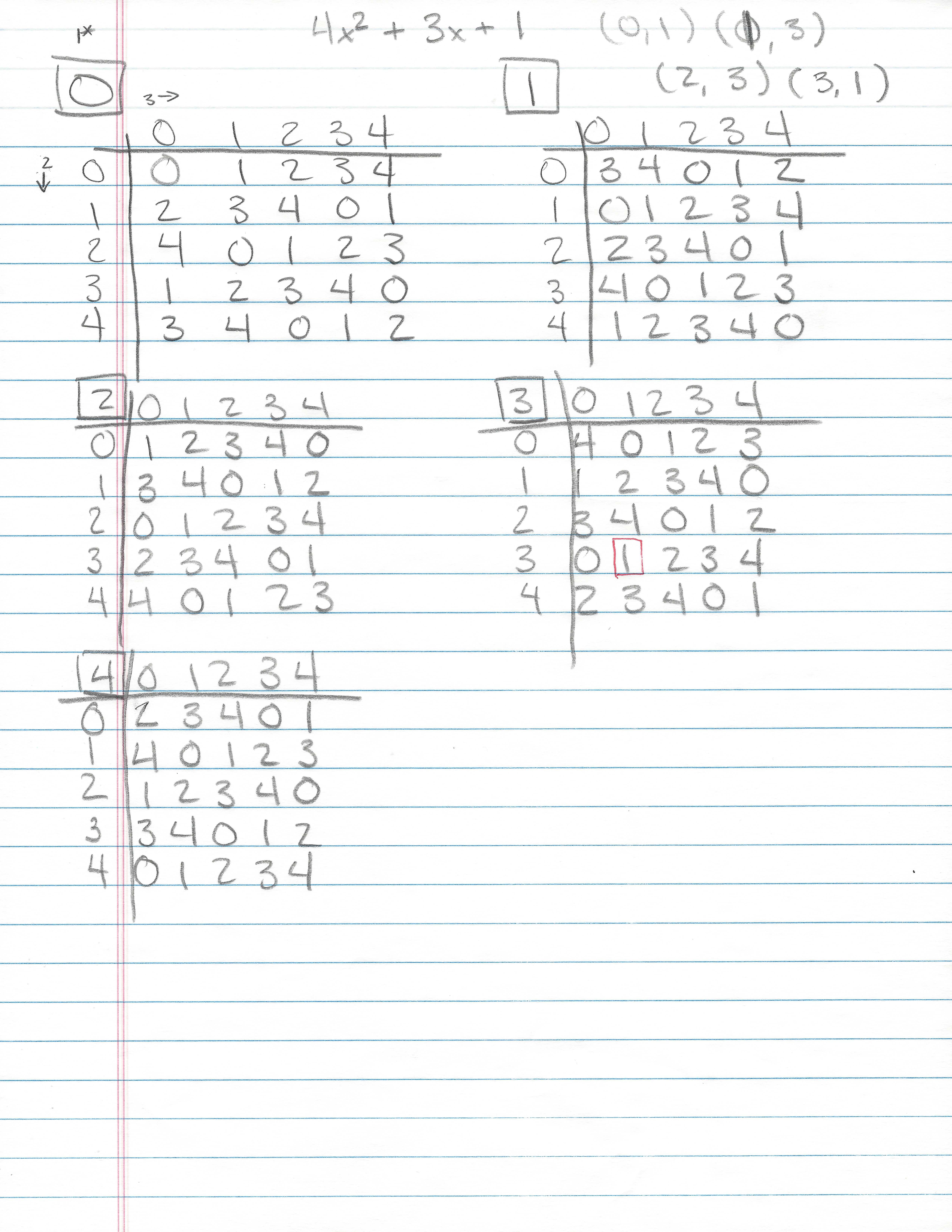 Not the answer you're looking for? Browse other questions tagged secret-sharing or ask your own question.