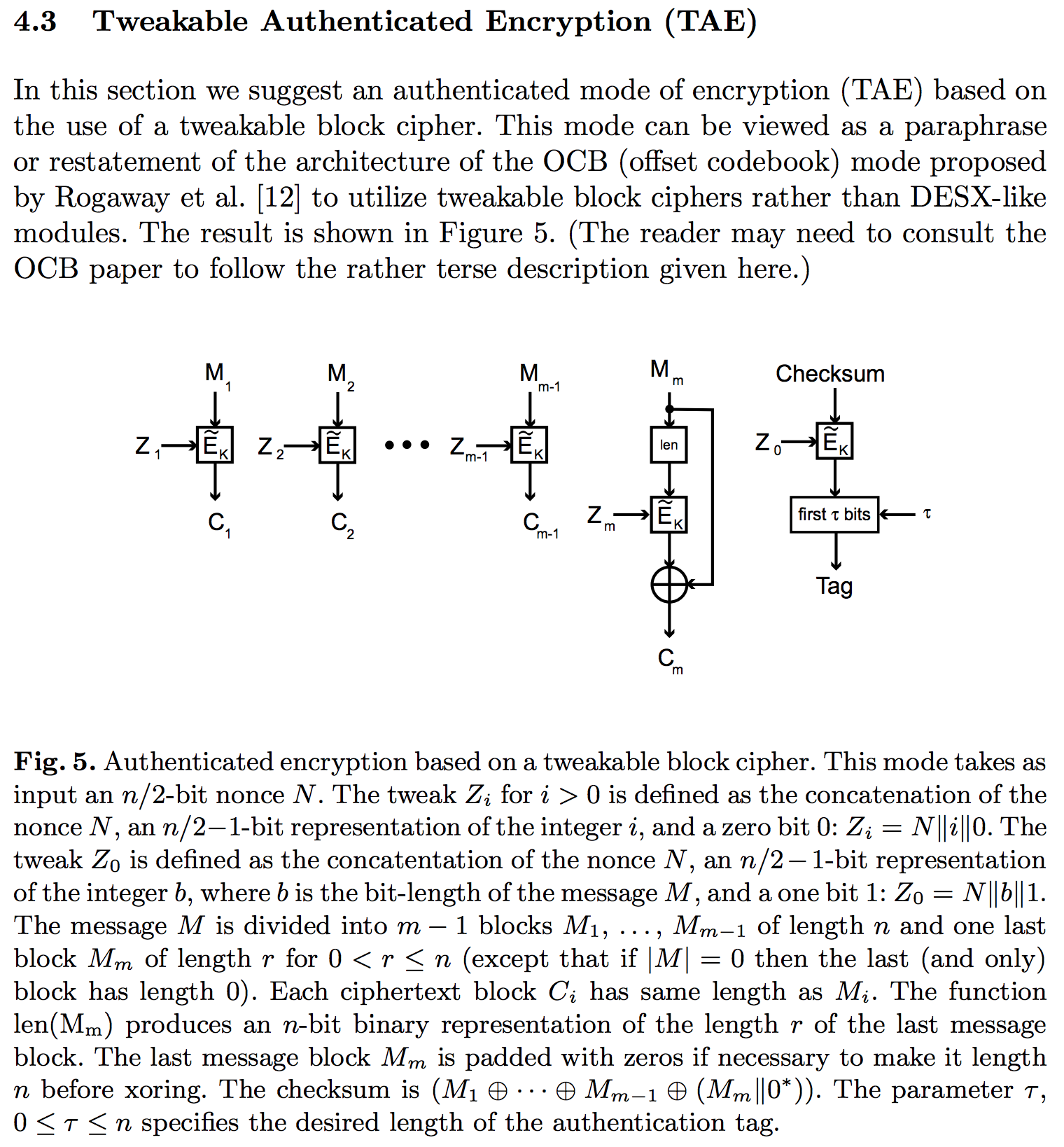 34
What is a tweakable block cipher?

4
Which encryption method supports random reads?
2
How secure is using a pad (using xor) on a encrypted data, for the purpose of obfuscating/hiding the underlying encryption?
3
Is there a standard for public key encrypting and signing short messages?
1
Pseudo code for CTR mode encryption
1
Would this mode of operation be safer?
4
What are the actual merits of Galois/Counter Mode?
0
XORing a nonce with a ciphertext vs XORing a nonce with plain text and then encrypt
3
Block Cipher Mode of Operations
1
CTR block generation