What is a SHA1_Compress() function?

I'm trying to implement the scrypt key derivation function using JavaScript. When implementing the algorithm, I found that there was a function called SHA1_Compress listed in the specification. Is the function identical to a normal SHA-1 hash function? Or it is a totally different thing? I tried to search the term with Google but found nothing. 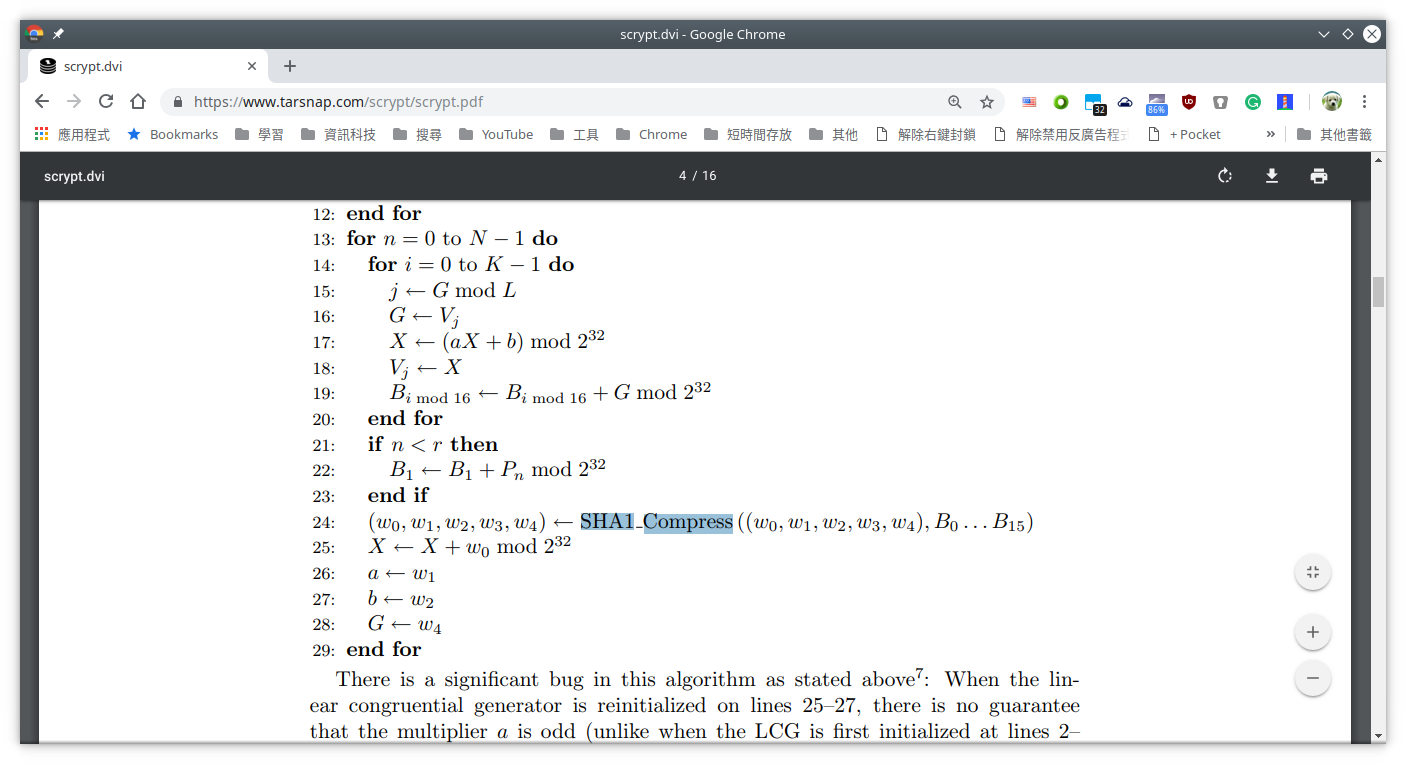 The function SHA-1 is defined on a message $m$ that is a sequence of bits. It works as follows—this form is named Merkle–Damgård after the people who suggested it in days of yore:

In the case of SHA-1, the compression function is $f(h, m) := E_m(h) + h$ where $E_k$ is the SHACAL-1 block cipher—building $f$ out of a block cipher this way is called the Davies–Meyer construction.

The procedure SHA1_Compress computes $f$, the compression function that SHA-1 is built out of. Since the $w_i$ are initialized as an output of SHA-1 itself, another way to look at the procedure described here is as an incremental computation of SHA-1—you might use a typical init/update/finalize style of API for this—which periodically treats the current state as a hash itself, which works because SHA-1 has no output filter.

Not the answer you're looking for? Browse other questions tagged sha-1 scrypt or ask your own question.

4
Does hash_df use binary or an ASCII hexadecimal representation for numbers to be passed to the hash function?
3
Is scrypt a hashing function, encryption, or PBKDF?
2
What are the two parts of SHA1's compression function called?
0
Database row level encryption scheme
2
Would it be better to use HKDF or SCrypt for deriving a child key?
9
Advantages/disadvantages of using symmetric encryption function as hash function?
5
How does blockmix in scrypt work? What is the meaning of the H function in scrypt?
1
What does “sequential memory-hard” mean?