Why is the BSI not using powers of two?

In their Technical Guideline TR-02102-2 Cryptographic Mechanisms: Recommendations and Key Lengths the BSI is giving minimal key lengths for - e.g. the TLS handshake protocol. All of these are not integers that are a power of two. I always thought, that it was the norm to give key lengths as powers of two. Is it not? 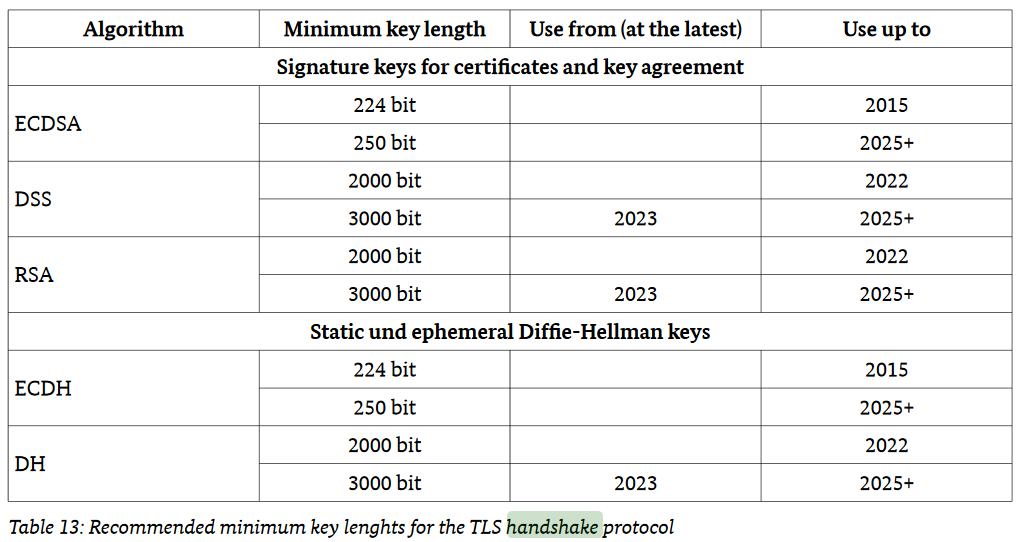 My guess is that it is stated a round decimal number (e.g. 2000) of bits in order not to disqualify solutions using keys that can be up to the next round binary number (e.g. 2048) of bits, but are occasionally slightly less.

Not the answer you're looking for? Browse other questions tagged notation or ask your own question.

1
Standard symbol / notation for "x knows y", or the inverse
6
Why is this the inverse of a Enigma Machine rotor?
3
Ciphertext notation where the ciphertext consists of two parts
6
Strange notation using dollar sign
10
Why is the polynomial of an LFSR called so?
1
How to encrypt this using caesar cipher?
2
What is the meaning of the notation $\langle a, b\rangle$ in certain cryptography papers?