Stack Overflow for Teams is moving to its own domain! When the migration is complete, you will access your Teams at stackoverflowteams.com, and they will no longer appear in the left sidebar on stackoverflow.com.

Check your email for updates.

In search of a pedagogically simple example of asymmetric encryption routine?

(I am not a cryptography expert; I do write software)

I am working with some youth (ages 11-13) and wanted to explore for an hour or so some basic cryptography. Doing symmetric ciphers is pretty straightforward. It's easy to explain the various "two key" metaphors of asymmetric encryption, but I'm finding it hard to find a good easy-to-work mathematical example of asymmetric encryption. There are lots of good examples of RSA broken down, but even with small numbers you get into "big" numbers fast because of the power functions.

Is there a good example of a "toy" algorithm to illustrate the asymmetric encryption/decryption process?

Alice wants to be able to receive messages sent by anyone, posted on a public website or whatsapp group, that only her will be able to decipher. Traditional cryptography would require that the sender and her share some secret (key or password), used for encryption and decryption.

In asymmetric encryption, Alice generates and keep a secret private key, and openly shares a corresponding public key. Anyone with Alice's public key can encipher a message to her. Alice's private key is necessary to decipher it.

Asymmetric cryptography also includes digital signature: Alice signs data with her private key, then anyone with Alice's trusted public key can verify that she signed that exact data. All this was thought impossible until the 1970's. It is now commonplace, e.g. in web browsers.

It's done with mathematics. Only a computer can realistically perform the computations. One of the commonly used method is ElGamal encryption. We can illustrate (a slight variant of) that with a little Python.

We'll use Python's pow(a, x, n). It computes "a to the power x modulo n". In this, "a to the power x" means x copies of the number a multiplied together; and "modulo n" means that we keep what remains when dividing by n.

Alice will chose a private key at random, and compute her public key as
PublicKey = pow(2, PrivateKey, n). This is easy and fast in Python, but computing PrivateKey from PublicKey is believed infeasible by even the most powerful computer, when n is a large-enough safe prime, and PrivateKey is random and large. n is typically made public, like this. We'll use something just as safe but easier to key-in (or try it online!):A

Summary: with asymmetric encryption, nothing secret is needed to send a confidential message. We can do with some clever math, a trusted computer able to generate random numbers, and the trusted public key of the intended receiver.

While I believe that a sizable fraction of a 17yo audience would be able to grasp/appropriate/extend the above, only a small fraction of 11-13yo would. Thus I think the best with such young audience is to explain what asymmetric encryption does (and if possible digital signature, which is at least as useful). Illustrate that using key generation/encryption/decryption boxes with the corresponding Python code inside as small characters or truncated, and the values exchanged shortened with ellipsis, but do not dive into exactly what the code does. But give access to material (source code) showing how this is done and allowing to reproduce it. Those ready for that might use it.

This is not toy cryptography. That's IND-CPA secure asymmetric encryption in the academic sense. Parameters give a very high security level. The later has no penalty in a pedagogical context since the computations can't be done by hand anyway, and the code remains fast enough on anything running Python 3.

However, it must be noted that ElGamal encryption, and the code, have serious shortcomings:

Small parameters would limit the message size, or make the code more complex. That would also be teaching kids to make unnecessary compromise (in the same spirit, I have not limited the message to ASCII, and it's size is range-checked, because we should promote sound coding habits when possible). However, there can be imperatives to use smaller values, like adapting the demo code to an environment without built-in support for large integers, or actually transferring the values between individuals on paper. In that case, perhaps limit message to 24 bits (3 bytes, good for 3 or 4 characters), change n to 2147481143, 2**4000 to 16777216, and use random integers in range [1, 1073740570] for PrivateKey and x. Of course, all security is lost: a programmable calculator can find the private key.

I have refrained from introducing RSA, because it uses heavier math (we need modular inversion and the little Fermat theorem to explain why it works), and RSA is harder to implement. Worse, most pedagogical implementations have a fundamental shortcoming: a guess of the plaintext (e.g. a name on the class roll) can be verified from the ciphertext. Independently, the parameters are typically so small that this check can be made letter by letter; and re-encrypting the ciphertext a small and fixed number of time is enough to decipher without any guesswork. Also the modulus can be factored, typically by hand (perhaps with Fermat's method).

My point of view is that it is best not to mislead an audience, especially a young one, into believing they understand how asymmetric encryption works, or that it can be done with 10-digit numbers. It took centuries of effort to devise it, and that's because it's hard.

This might not be the mathematical example you are looking for, but it is an easy-to-understand metaphor.

In symmetric encryption, Alice and Bob each have a copy of the same key. They exchange messages by putting them in a box locked with a padlock that can be locked and unlocked with the keys. The padlock needs a key to be locked. They then exchange the locked box between themselves, using postal services.

In the corresponding asymmetric encryption metaphor, the public key is an open padlock, and the private key is the corresponding key. Alice gives identical padlocks to everyone asking for it. Bob gets one. Bob puts its message with his open padlock in a box, locks it with Alice's padlock, then sends it to Alice using postal services. In the same way, Alice can reply to Bob, and so on. Alice and Bob do not need to share the same key, and the open padlocks can be stolen or copied without consequences.

I’ve had some success by starting with “Imagine a world where everyone can multiply numbers, but division is extremely hard” (plus there exists an algorithm to generate two numbers with product 1). That plus the padlock analogy seems to be enough to get the point across. I can conclude by outlining some examples of real-life hard-to-invert functions.

Bear in mind not many children aged 11–13 are well-versed in functions, function composition, inverse functions etc. Plus you can’t really do much without group theory, and despite it being a fascinating subject with introductory examples readily accessible to young learners, together with cryptography it might be too much.

There is probably little sense in trying to explain the math before they get a good high-level grasp of what's happening. And for that, there is a paint-mixing analogy, http://maths.straylight.co.uk/archives/108. A brief recap: Alice and Bob each produce shared secret by mixing three colors: own private + [base + the other's private]. The observer, Eve, can only obtain the publicly seen [base + the other's private] mixture for each, but from that she cannot obtain the final mix because she does not know the private colors. Alice and Bob use the shared secret to encrypt their messages* and their private keys to decrypt. * Technically, what's described above is the process for obtaining a shared assymetric key, which is then used to agree on a computationally faster symmetric key, which will be used from then on in the communication.

You can create a scheme that's similar to RSA using modular multiplication. It's far from secure, but it's feasible to calculate the values by hand.

The classical trapdoor cage for lobsters is a good analogy.

The lobsters can not get out without the opening the lock. Only the key owner of the lock can open -> Only private key holder can decrypt.

And, you can buy some trapdoor for the demonstration, at least for mice.

Note: If you consider a trapdoor is bad for ages 11-13 you can go for locked cash boxes; 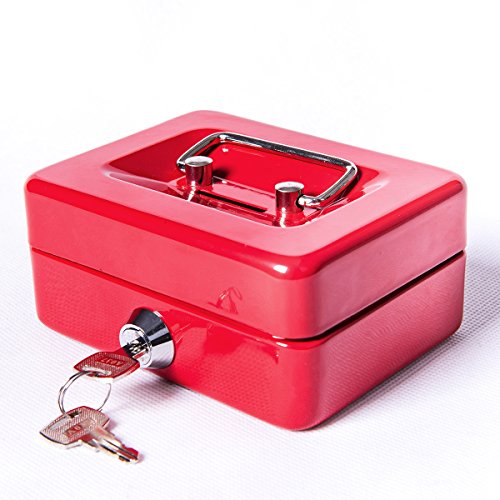 Instead of money use messages.

To teach 11-13 yo kids, i wouldn't talk about symmetric/asymmetric crypto cause, IMHO, it's far too complicated and will probably be boring for that audience.

Instead, i would mostly talk about Caesar Cipher because it's easy to understand and they can experiment by themself. Then, to conclude, i would have some words about "real life" crypto, but no more than 10/15 minutes.