Is Type I lattice trapdoor hard to find even given oracle access to compute inverse of trapdoor function? 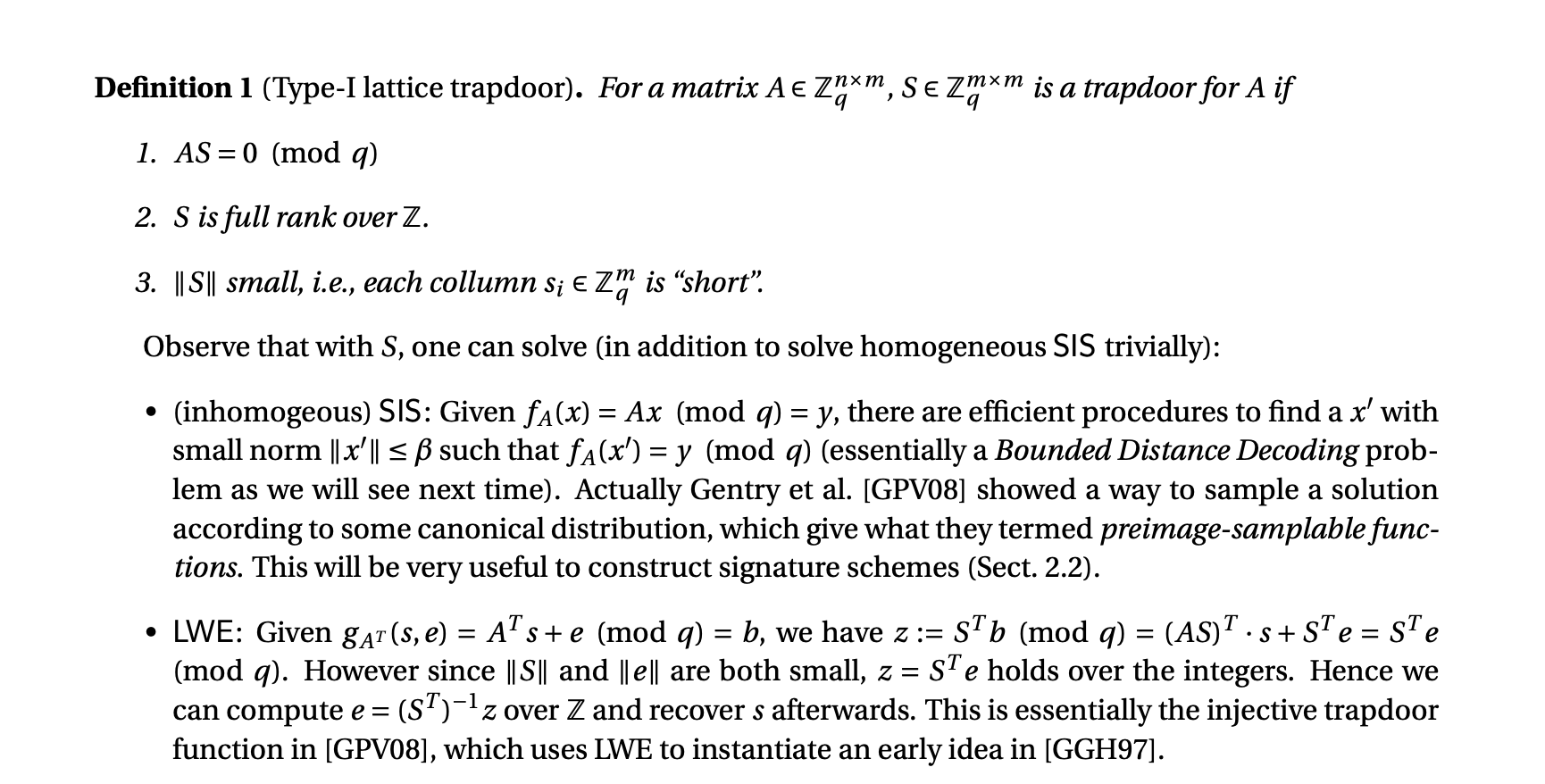 Suppose a PPT adversary is given the LWE trapdoor function in the picture:

Can a PPT adversary find a trapdoor T by querying this oracle for polynomially many times?

Picture is from lecture notes: https://fangsong.info/teaching/s16_uw_pqc/qic891_pqc_lec3.pdf

For classical algorithms, the difficulty is that we do not know how to generate a valid output of $g$ (that the oracle is obliged to succeed on) except by choosing $s,e$ ourselves and feeding them through $g$. But then the oracle’s answer is useless to us, because we already know the answer before querying it.

For quantum algorithms the situation is different. We can prepare a certain superposition over “all” valid $s,e$, feed it through $g$ to get a superposition over outputs, and invoke the oracle to get back $s,e$. Critically, this allows us to uncompute (or “forget”) our original choices, leaving us with a useful quantum state. Specifically, by taking its quantum Fourier transform we get a superposition over short vectors $x$ such that $Ax=0$. By measuring the state we get such an $x$, and can repeat to accumulate many linearly independent ones, yielding a Type-1 trapdoor.

The difficulty in the classical setting, and the quantum strategy for dealing with it, are from Regev’s original paper on LWE. The connection to SIS/LWE was first described in the GPV paper.

Not the answer you're looking for? Browse other questions tagged lattice-crypto lwe trapdoor or ask your own question.

5
Ring Signature - paper/code difference in trying to solve inverse trapdoor function?
0
learning with errors is hard even when given some information about the secret vector