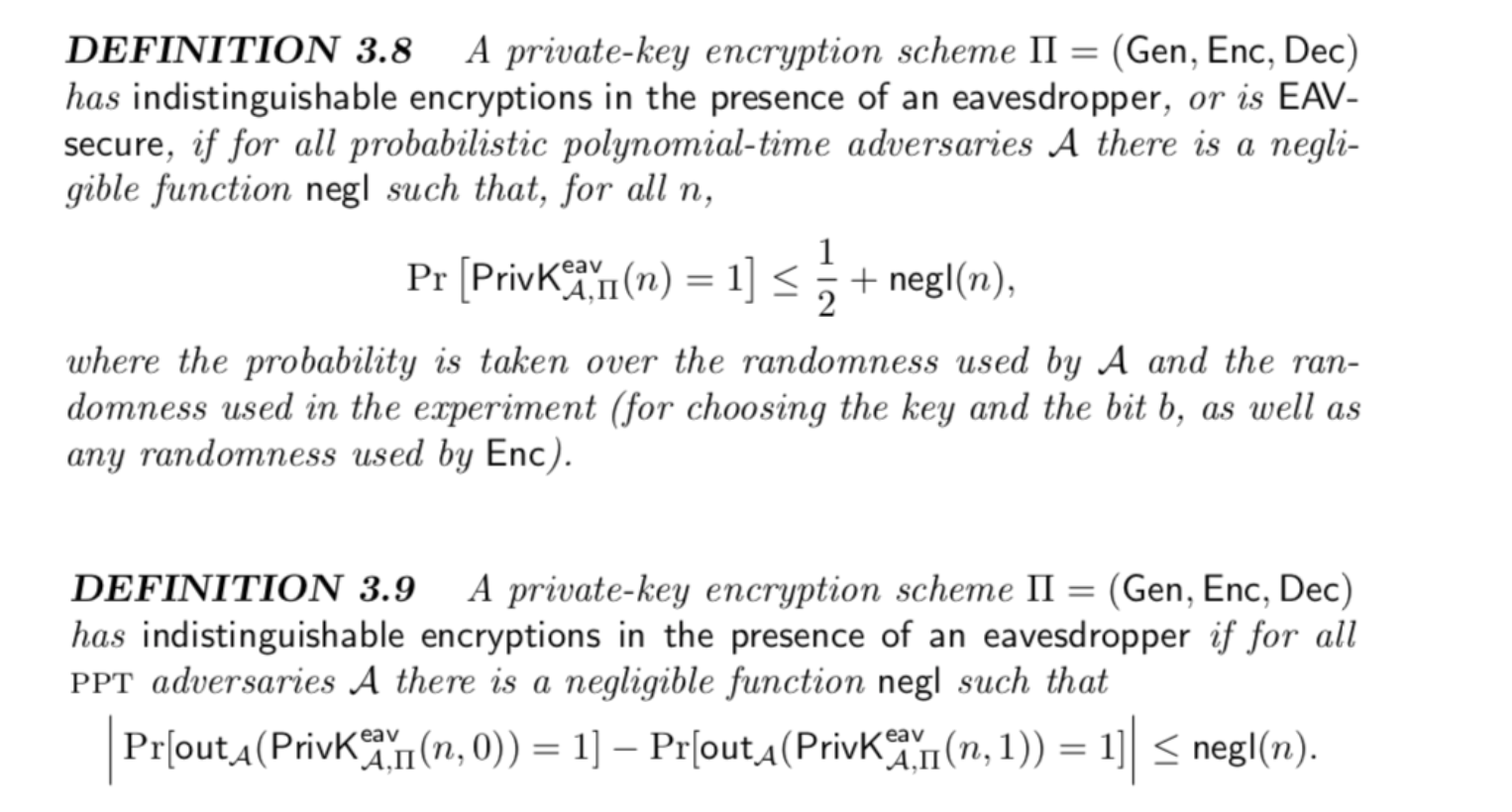 picture is from book an introduction to modern cryptography (2nd edition) by j. katz and y. lindell pdf

and https://repo.zenk-security.com/Cryptographie%20.%20Algorithmes%20.%20Steganographie/Introduction%20to%20Modern%20Cryptography.pdf is link to first edition which definitions can be find on pages 63 and 64 of book as definition 3.9 and 3.10

Not the answer you're looking for? Browse other questions tagged symmetric perfect-secrecy semantic-security or ask your own question.