Is this a sensible cryptographic protocol intending to reduce the impact of compromised security?

I'm in the process of designing a cryptographic protocol which will reduce the impact an attacker will have if they gained root access to a server storing data.

The basic crux of it is that keys which were used to encrypt data are not stored on the server and are only ever in memory for a short period of time.

The basic description is that:

A picture showing this can be seen 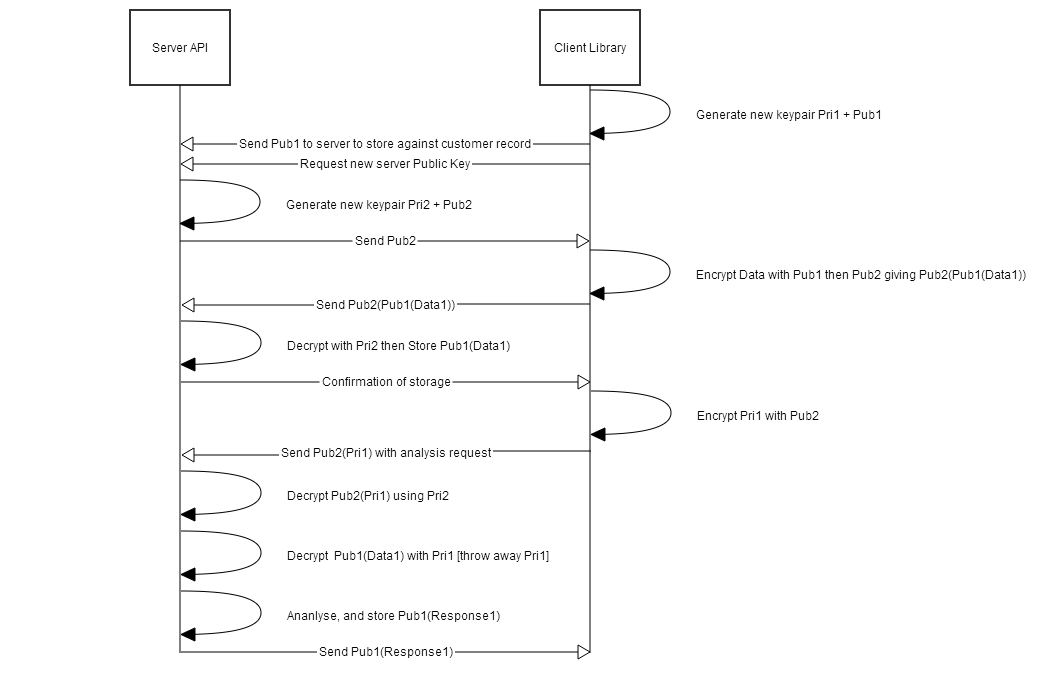 Also please note - I'm aware that if a baddie has root access to the box he'd be able to listen for the client's key transmission and decrypt that using the stored server private key and then compromise the data, but I'm trying to minimise the impact of server compromise, not remove it completely. I want to work with the assumption, that a hack would be detected before they had time to wait for a client to send their key.

EDIT: To Clarify - there's an assumption that the data can't be transmitted back tot he client for analysis - lets say because it's too large to make that efficient There's also an assumption that network traffic is monitored so an attacker would only ever have limited time on the server to attempt to steal the data.

protocol-design secret-sharing protocol-analysis
Share
Improve this question
edited May 17 '13 at 7:10
Matt Fellows
asked May 16 '13 at 14:57

I don't think the approach you sketched helps very much. If the server is compromised, the attacker can pretty easily modify the server-side software to log and record all the cryptographic keys, and then you haven't gained anything. Therefore, I don't think the approach you sketch is likely to be a great way to spend your limited software development budget.

If you want to mitigate the risks of server compromise, let me suggest two alternative approaches that I think might actually be worth your time:

Not the answer you're looking for? Browse other questions tagged protocol-design secret-sharing protocol-analysis or ask your own question.

4
Undecrypt using the OpenSSL EVP API?
3
Does a public key absolutely need to be used to initiate an encrypted session?
1
How does this SSL-related flaw work?
0
Is this chat protocol safe?
2
Malicious party security model: When one party is corrupted at a time
8
Can RSA be securely used for "blind decryption"?
3
Improving security of (authentication) protocol
2
DIY message level security?
1
Is encrypting a secret key and being able to decrypt plain text with it possible?