An involution is a function $f$ from a set to itself, such that $f\circ f$ is identity (i.e. applying the function $f$ on the result of the function $f$ gets back to the original element, i.e. $f=f^{-1}\,$). Recall that $\circ$ is function composition.

A random involution (resp. permutation) is one chosen (implicitly: uniformly) at random among these over a certain finite set. 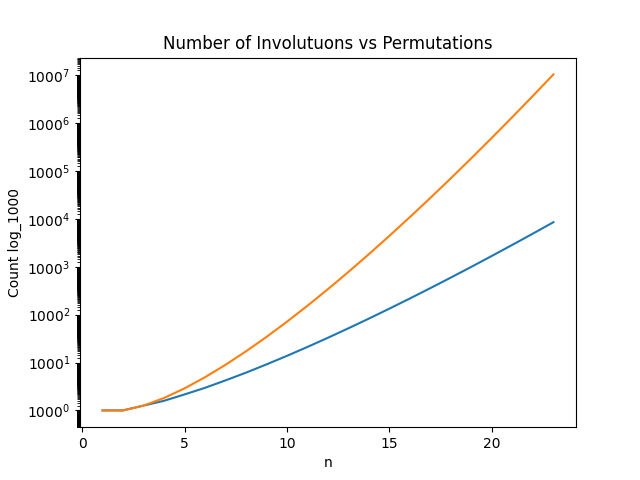 Among differences of cryptographic significance: a permutation can be one-way, but an involution can't (since any algorithm implementing an involution implements its inverse).

Also: for all $k\in[1,n]$, iterating a random permutation starting from a fixed point cycles on or before $k$ step(s) with probability $k/n$, while for a random involution that's certain when $k\ge2$, and with probability above $1/n$ for $k=1$ and $n>2$.

Not the answer you're looking for? Browse other questions tagged permutation or ask your own question.