The exact part of the paper that creates my confusion is: 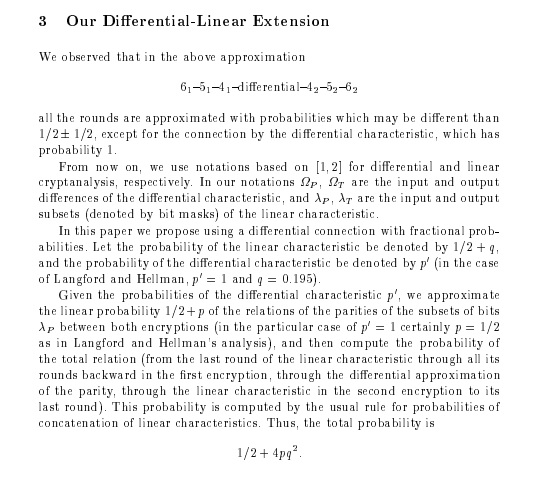 So, I don't get why their characteristic involves a linear part (which seems it is some kind of decrypting since it begins at 6th round and goes back up to 4th round, and I couldn't understand the reason of this too), then a concatenated differential part which is followed by another linear part, where the subscript says it is the second encryption. I guess subscripts somehow impose "differential pair" concept but have no idea how..

If I were to write the flow, I would express it basically as:

My second question is, how they ended up with total probability

Browse other questions tagged differential-analysis linear-cryptanalysis or ask your own question.