Are there any formal tests to estimate encryption strength?

So I'm trying to design/make my own encryption algorithm and I believe it to be ok. I'm not saying it's extra secure but I know it's not useless so, what I was wondering is if there are any specific tests I can carry out in order to try and get a better representation of how secure my algorithm is.

Here is some data from tests that I have carried out: 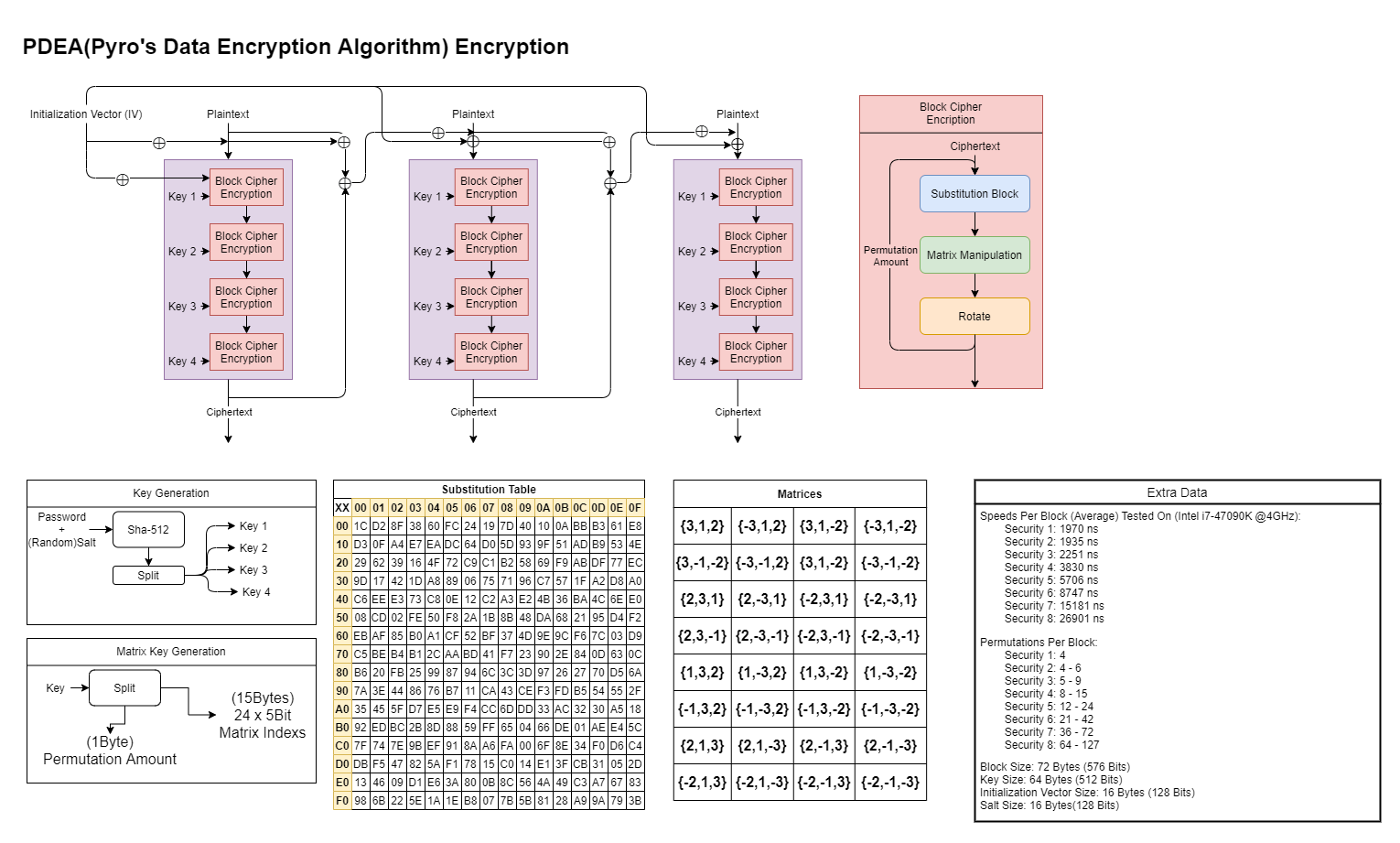 TLDR: There are no tests that prove that some algorithm have particular strength.

Statistical metrics can only prove that an algorithm is weak. If the metrics give "good" results, it does not mean anything. Example: If your algorithm produces encrypted messages that are indistinguishable from a random stream of bytes, you can get "good" metric values. But if this algorithm uses effectively only the first 40 bits of the 128-bit password, it can be relatively easy brute-forced.

Brute-forcing as iterative trying of all possible values is not used in serious cases, because it may require the computational power of the whole planet and even 1 000 000 000 years may be insufficient to try all possible password candidates.

Instead, first the analysis of the encryption algorithm should be done to reduce the amount of work needed for decrypt. For instance, if some algorithm uses 128-bit passwords, a straight forward brute-forcing may need 2^128 "units of work", which means that it is practically impossible to find a password. But if somebody finds a way (an algorithm, an "attack") to exclude many passwords or in some other way to reduce the number of "units of work" from 2^128 to only 2^40, then this will require little resources and it can be successfully brute-forced.

Finding ways to reduce the amount for work needed for brute-forcing is a very complex activity. It cannot be formalized fully. This is the reason why we need cryptographers.

What can you do? Such question was already answered many times on Crypto SE: Pay a professional cryptographer who will analyze your algorithm. If there are some trivial weaknesses, they will be found. But even if not found, it does not mean there are no any weaknesses.

NIST has definitions for things like this. Here is an example:

A number associated with the amount of work (that is, the number of operations) that is required to break a cryptographic algorithm or system.

Using that definition you could compare your algorithm to an accepted standard, like AES, by making a simple password that can be brute-forced in a reasonable amount of time on the most powerful computer you have access to. Then perform that same attack on the same password using the same dataset with the other algorithm. Compare the time required to breach. You would have to repeat this process at multiple password lengths (key sizes) to show how they scale with size. An algorithm may not scale linearly.

For a more detailed breakdown read this: https://csrc.nist.gov/csrc/media/publications/conference-paper/1997/10/10/proceedings-of-the-20th-nissc-1997/documents/128.pdf

3
What is the difference between these AES encryption methods
4
Traditional DES scheme in Unix crypt function
1
Password as it relates to various encryption schemes
2
How do P2P clients like uTorrent maintain authenticity of files?
1
Large text file encryption per line
2
Hypothetical encryption technique, is it secure?
0
Amateur question: Constant two way cryptography
0
What type of encryption is this homebrew "encyption algorithm"? ${}$
2
Are two keys derived from the same password vulnerable to a related key attack?