How to determine which type of transposition cipher I have?

I have some ciphertext that I have determined using frequency analysis to be most likely encrypted using a transposition cipher, as the letter frequencies are similar to plain English language text. I believe the next step should be to determine which transposition cipher it is, but I don't know how to do that.

For what it's worth, here is the ciphertext I have. But (as asking for decryption of a specific ciphertext would be off-topic here) I'm interested in general techniques that could be applied to any ciphertext.

As you found out that the ciphertext has a similar frequency to the English letter frequency. This can lead to lots of possibilities 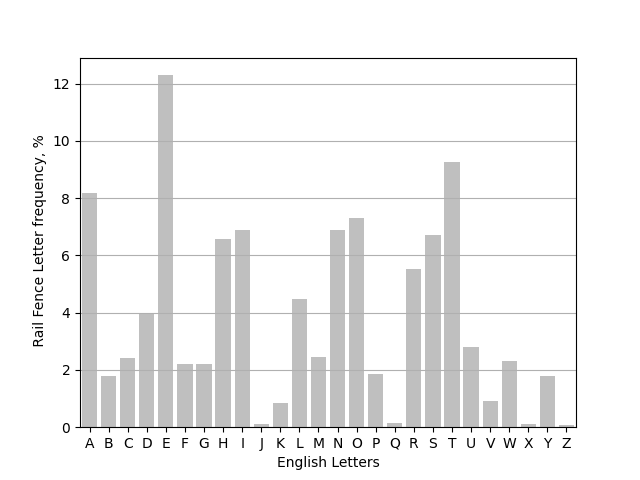 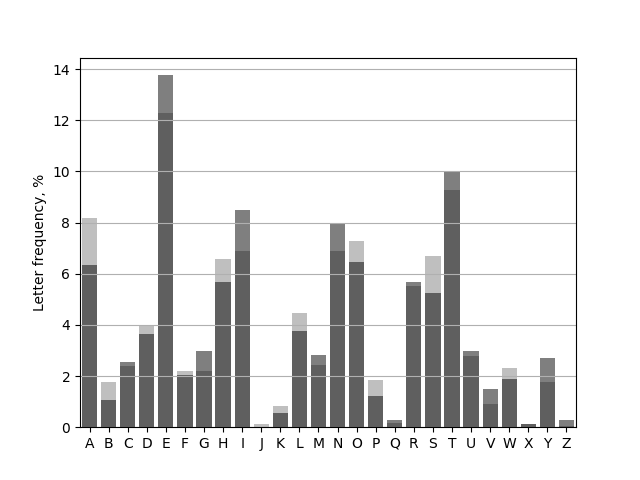 From here we can simply say that it cannot be Caesar or Shift Cipher since the frequency is very close to the real English frequency!.

If the single character frequencies in your ciphertext indeed approximately match typical English letter frequencies — i.e. if the mix of letters is about 13% E, 9% T, 8% A, 7.5% O, 7% I, etc. — then you can indeed be fairly sure that you're dealing with a pure transposition cipher.

(If the frequencies are a bit off, but still look plausible for natural text — with lots of vowels and a few common consonants — then you might be dealing with plaintext written in some other language, or with specific recurring words — such as spelled-out numbers — that are throwing off the letter counts. Similarly, if one normally rare letter like X or Q appears unusually often, but the letter frequencies look right if you exclude that letter, the plaintext might be using that letter as a word or sentence separator. In general, don't get too hung up on small mismatches or a few outliers; if common English letters like E, T, A, O, I, N, etc. appear anywhere near the top of the sorted frequency list, it's worth at least suspecting a pure transposition.)

Now for the good news and the bad news:

For automating the plaintext recognition, we can make use of the fact that adjacent letters in English (and any other natural language) plaintext tend to be highly correlated: certain pairs of adjacent letters, like "TH", appear far more often than one would expect if the letters were randomly shuffled.

A useful statistical tool for finding and measuring such deviations from randomness is Pearson's chi-squared test. In particular, if we just want to compare a bunch of different reading orders of the same ciphertext and see which one looks most plausible, we can compute the $\chi^2$ test statistic for each order and list the ones with the highest result.

For example, here's a fairly generic Python routine I just wrote to calculate the $\chi^2$ statistic for a list of letter pairs:

Now, an often useful starting point can be to try taking pairs of letters $n$ positions apart in the ciphertext, for different values of $n$, and using something like the routine above to calculate the $\chi^2$ test statistic for each sequence of such pairs, something like this:

The reason why this is a useful is that, while the exact procedure of taking every $n$-th letter of the ciphertext (and wrapping around at the end) isn't a very common decryption method as such, quite many common transposition ciphers do end up placing at least a large fraction of consecutive plaintext letter pairs the same distance apart in the ciphertext.

Depending on the type of cipher you're dealing with, this may work very well or basically not at all. If it doesn't work, you'll just have to try other kinds of permutations of the ciphertext. However (spoiler!) for your sample ciphertext it turns out to work exceptionally well.

For example, if we apply the code above to your sample ciphertext (after removing any spaces and punctuation) and list the 10 offsets with the highest $\chi^2$ values, we'll see something like this:

The next step is to try to naïvely decrypt the ciphertext, just by starting with the first letter and taking every $n$-th letter modulo the length of the ciphertext, for each of the highest ranked offsets $n$. This isn't likely to give us the correct plaintext, but it might give us fragments of it.

So let's do that:

Now, most of those outputs are pretty much just gibberish, but take a closer look at the output for offset 74, with some spaces added by hand to highlight recognizable English words (or fragments of them):

Clearly that's still scrambled a bit, but it's not completely scrambled any more. We can definitely make out pieces of the plaintext — honestly even more than I expected.

This suggests that, whatever the actual encryption method is, it's something that tends to leave consecutive plaintext letters 74 letters apart in the ciphertext. At this point, it might be useful to just try breaking the ciphertext into 74-letter chunks and print them out:

Still doesn't look too readable, does it? That's because we're supposed to be reading it vertically, column by column. To make that easier, let's try transposing it to swap the rows and columns:

That looks almost readable, exact that the leftmost column (i.e. the first 74-letter line of ciphertext before transposition) seems to be misaligned when compared to the rest. Can you see why, and how to fix it?

This appears to be a 10-column ragged columnar transposition cipher (with no key — the columns are just written out from left to right in order!). But since the plaintext length of 741 letters is not a multiple of 10, the first column ends up being one letter longer than the rest. Adjusting the splitting so that the first column comprises the first 75 letters of ciphertext, rather than 74, gives the following plaintext (middle portion omitted for brevity):

16
About Cryptography in a Character Language
5
What methods allow us to determine the language used in a monoalphabetic substitution cipher?
5
Assistance Cracking Classical Cipher
4
How to get the keyword from a keyword cipher?
7
How to break a columnar transposition cipher?
24
Developing algorithm for detecting plain text via frequency analysis
2
Why don't homophones hide multiple-letter patterns?
3
To decrypt a cipher text encrypted using keyed substitution