I investigated the IPsec Protocol. I am wondering if I can remove/reduce any field to save space, is there a way to save overhead in ESP packages? 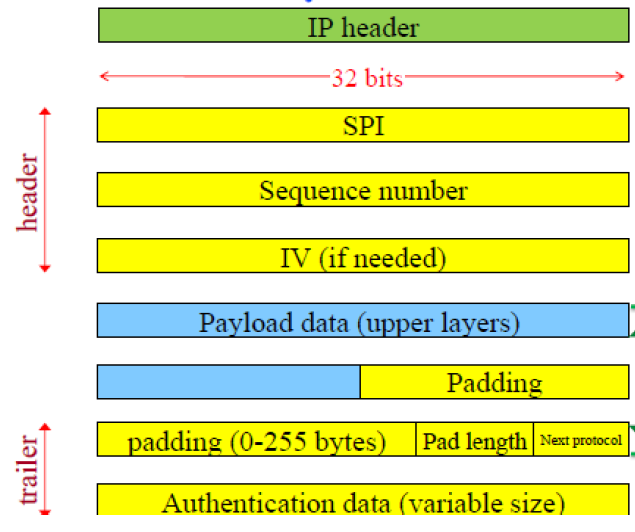 I am wondering if I can remove/reduce any field to save space, is there a way to save overhead in ESP packages?

Well, there was an old IETF draft here to address this very problem; however it didn't get enough traction in the IPsecME working group (for the complexity it has, it doesn't save that much space) and thus was abandoned.

Sticking to standard IPsec, well, you could remove the space used by the nonce by using RFC8750; that saves 8-16 bytes (depending on what transform you were previously considering)

And, you could decide not to use an authentication transform (thus eliminating that overhead). On the other hand, that could bring up the possibility of active attacks; I can't recommend it.

And, as you are probably aware (but I'll mention it anyways) if you're protecting traffic between two endpoint devices, transport mode will allow you to not include an IP header in the payload data (thus saving you another 20-40 bytes).

Not the answer you're looking for? Browse other questions tagged encryption hash authentication ipsec or ask your own question.

1
IPsec authentication and encryption lgorithms
14
Computing only one byte of a cryptographically secure hash function
3
Can authenticated encryption reduce bandwidth overhead of per-packet encryption?
10
Which symmetric encryption systems, pseudorandom number generators, and hash functions are best suited for reversible computers?
2
Why a “Next Header” field is part of ESP trailer?
1
Can an AES-GCM be cracked if the key is known but the nonce isn't?