Any famous approach for analyzing the randomness of data?

I'm writing a function that will allow me to analyze the randomness of some input data and return some stats about the probability of this data to be random.

Obviously it should be based on two things:

So among the outputs of my function will be two values:

Is there a famous approach for this or I have to rethink the whole logic from scratch? This is probably something widely used in cryptography because this is how we can test keys: the decrypted data is highly random until the key is right.

I'm not looking for any particular language, just the math/logic approach.

One thing that puzzles me is: What does 50% randomness correspond to? Is it a subjective thing (like an art...) or math has some scientific ways to define what "50% randomness" means.

In your example then, if we sample $N$ bytes and byte $i$ comes up $b_i$ times we compute $p_i=b_i/N$ and then sum $$-\sum_ip_i\log_{256}p_i$$ and that is the "proportion" of a byte's worth of random that you are getting with each byte. By taking $N$ larger you get a tighter confidence interval for your estimate and I'll defer to better statisticians on the details.

For a measure of how likely a sample is to be producing uniform random bytes, you should perform a Pearson $\chi^2$ test on the data.

As you're asking in Cryptography Stack Exchange (as opposed to, say, Math or Statistics), I assume you want to test not just for any randomness, but for cryptographically secure randomness.

In cryptography, we define security properties by saying that there exists no adversary that can break it—that no program can solve a given problem related to it. In the case of cryptographic randomness, we say that:

Unfortunately for someone in your position, "there is no" is an incredibly strong claim--one that it is impossible to completely prove without unautomatable mathematical trickery unique to each "there is no"-style claim. The cryptographic primitives we herald as secure are "proven" in one of two ways:

Neither of these is particularly automatable for a simple randomness-detector function; the former requires thousands of person-years of expert human interaction, and the latter requires an automated theorem prover, which is intractable in the general case and would require your RNG-tester to take in not just the stream of bits, but the RNG code itself.

To put it another way, the question you're asking is how to short-circuit an entire field of R&D—if someone had a good answer for you, it would be very exciting news in the field :P

(I do wonder if you could try to use genetic programming to evolve an adversary, to at least eliminate the most "obviously" broken CSPRNGs. If you do go down that route, YMMV as I haven't tried it—make sure it eliminates already-known-to-be-broken-for-cryptography RNGs like xorshift before expecting it to be useful.)

This is not really a direct answer to my question, so I won't select it as such, but in many contexts of coding I believe this can be very helpful for a lot of people looking for the same thing:

In my case, my initial goal was to help determine whether some data was encrypted or not in case of partial data loss in a custom database. Data can be values/entries (easy), but also files which can be of any type... So I wrote a function that I can use for this but that I may also use in the future in other use cases where bytes are the subject of the analysis (would work very well for network traffic too).

What I do is measure the randomness of the original data, decrypt it (or so I think) and measure again. The difference of randomness between before/after gives me a clue on whether the data was encrypted in the first place (could be used to try keys as well).

The approach I ended up using is not very academic or "official" but after much testing I found that it works quite well in practice. It goes like this:

You may want to turn all that into 0-1 values but I needed percentages.

So again, definitely not very academic but I thought it could be useful to many coders in some practical contexts.

PS: if you find that 50% does not represent what you would consider as half-random, then 1.58 is the only value to change. This could be a parameter of the function that is set based on the use case.

I [sic] have to rethink the whole logic from scratch?

Not entirely, but the complexities make this harder that it appears.

This is still somewhat of an open question for the general case of auto-correlated samples. The simple Shannon $\log$ formula is no use whatsoever as it is impossible to adequately populate set $p_i$ of $-\sum p_i \log p_i$. Similarly $\chi^2$ values fail for exactly the same reason; defining the domain of the probability mass function for the sample distribution. Simple Shannon only works for uncorrelated data, like perhaps testing keys from good sources.

And for the same reason again, the more common measure of cryptographic entropy, min.entropy $(H_{\infty})$ is also very problematic in the general case. An example of how hard and varied general entropy measurement can be seen on this page. Many of those techniques are various forms of compression.

Anyway you'd have to shift your metrics away from 0 - 100, towards 0 - 1 bits/bit or 0 - 8 bits/byte of Shannon entropy. The measurement effectiveness is inversely related to the degree of auto-correlation (loosely).

"randomlike" (0.001 - 99.999) which tells the general likelihood of the whole data to be random (a combination of randomness and length). 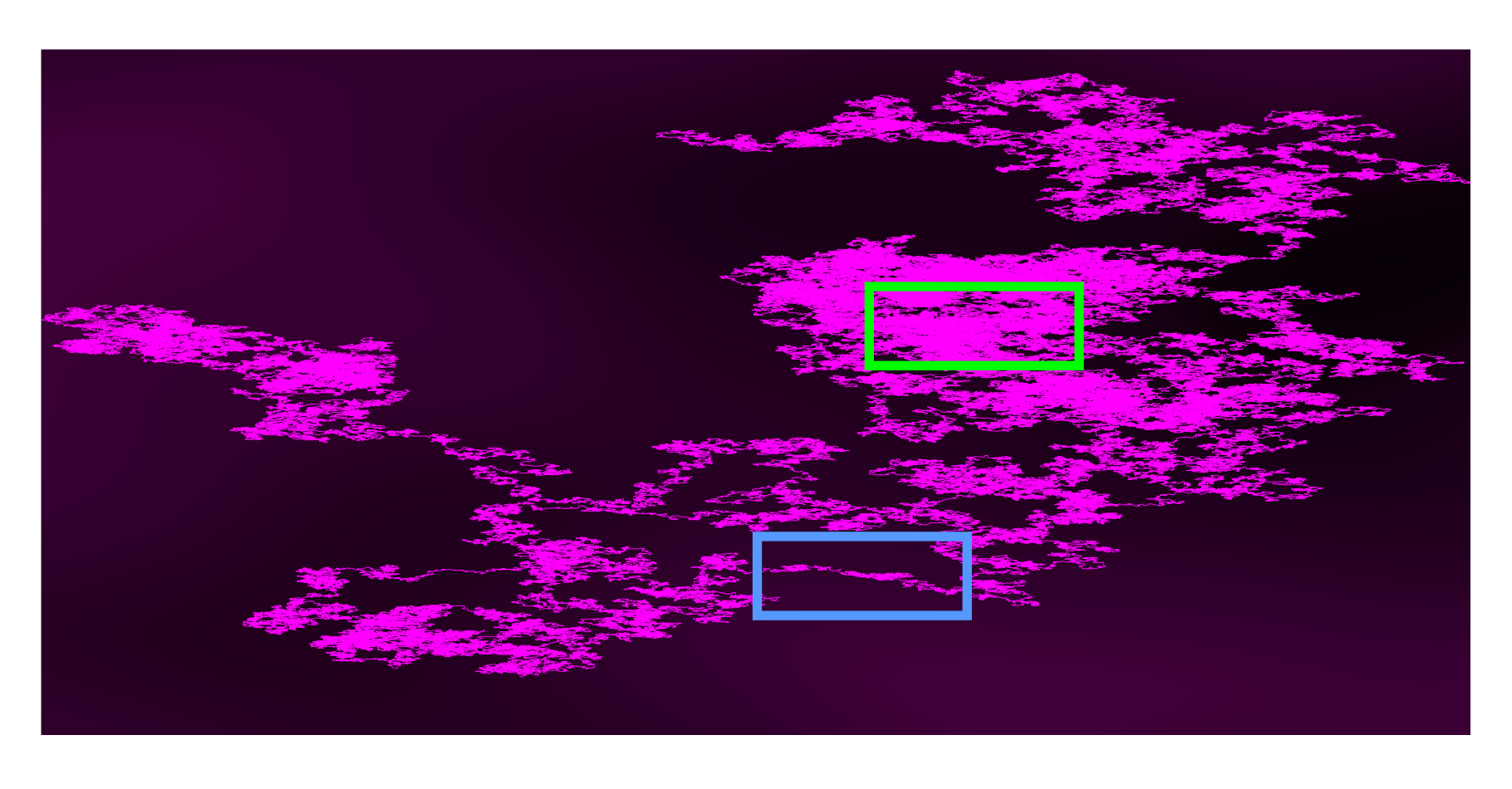 What does 50% randomness correspond to?

However you manage to measure the Shannon entropy, 50% $\equiv$ 0.5 bits/bit or 4 bits/byte. So there would be a half cup of stuff that varies unpredictably, and a half cup that remains constant/so auto-correlated that it might as well be constant.

The family of paq8 compressors are pretty efficient, and running your data through one will give you a good estimate of the amount of randomness but not a certainty for the reasons above.

Not the answer you're looking for? Browse other questions tagged cryptanalysis randomness or ask your own question.

4
Conforming Randomness To An Alphabet
3
Collecting entropy from a stream to a file
0
Generating child keys for a hill climb algorithm
9
Universally verifiable random beacon
5
Why does a Hashing Function produce good Random Numbers if Input is random?
11
XOR a set of random numbers
3
Mechanism to get 10 pseudo-random positive numbers up to maximum from a seed (32-byte hash)?
3
How can the 'randomness' of a finite sample of binary keys from a finite key space be estimated?
2
Where can I find a sample of data with a known entropy to see how well NIST SP 800-90B does on it?