I have a number that consists of 102 digits and I need to factor it. I ran it in alpertrom.com.ar, but it'll take up to 40 hours if I counted all right. Is there any way to make it by hand (stupid question), I mean to simplify computation for the program? Or maybe anyone can factor it out. The professor is probably just testing our processor's computability.

Your 102-digit nuber is two digits more than the first RSA challenge RSA-100 that has 330-bit.

This can be easily achieved with existing libraries like; 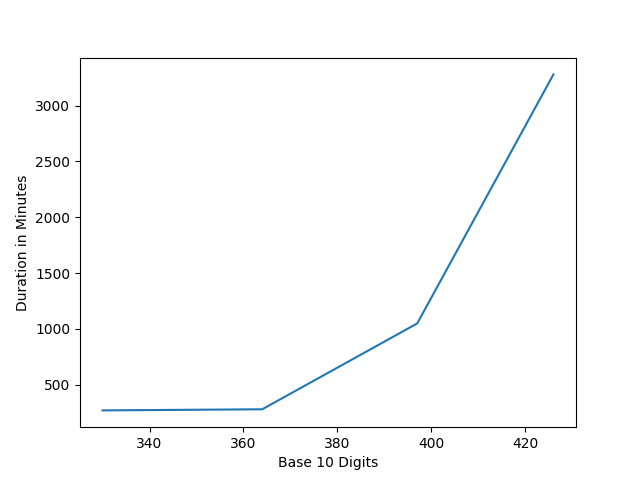 The core count is very important to reduce the time as 512-bit can be broken as 4 hours in the EC2 platform.

Details of the experiment

The cado-nfs-2.3.0 did not compile and giving errors about HWLOC- HWLOC_TOPOLOGY_FLAG_IO_DEVICES. Asked a friend to test the compile and it worked for them. It was an older Linux version. So I decided to use the GitLab version.

0
When is a large semiprime possible to factor?
0
Do we want to allow/Have we allowed parallelization (e.g GPU programming) to enter the cryptographic field? What are the consequences?
1
Paillier estimate attack costs on short keys
0
CTF question with hint "Quadratic method to solve ifp problem"