Ask Question
Asked 1 month ago
Active 1 month ago
Viewed 83 times
-2
$\begingroup$
Closed. This question is off-topic. It is not currently accepting answers.

Firstly, I'd just like to clarify, I am less than a beginner when it comes to cryptography. Please bear with me. I'm sure its flawed I just don't know how. I was bored one day, and decided to come up with my own cryptographic algorithm. I succeeded, but I am clueless on how to write a mathematical statement to define it, and I don't know how computationally intensive it will be. I am writing a paper on it and will post it online.. because well, life is short and I would love if someone out there is willing to help. So in the simplest case, lets say you have a 3x3 grid, and you want to encode the message "hello". You write down hello in the grid like shown in the image below. You store the coordinates of where each character is, for example, "o" is located on 2,2. 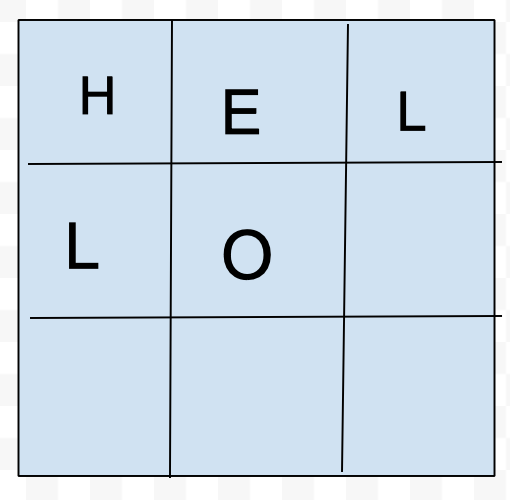 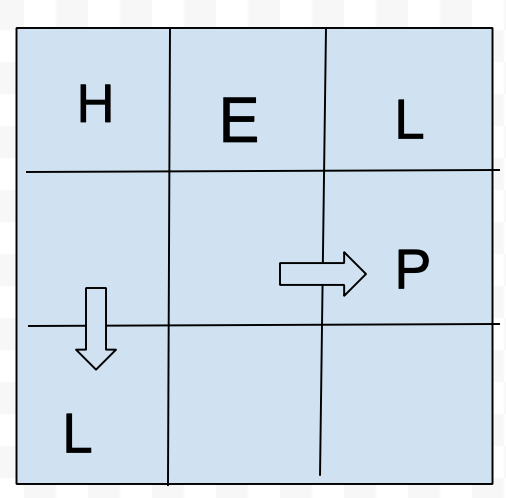 Thats pretty much the idea of it. The point is that it will be incredibly difficult to get the original message in any reasonable amount of time.

Again, I sincerely apologise if my idea was explained poorly, but here is a summary

Bug 1: You're not substituting the letters, frequency analysis breaks it horribly.

Bug 2: You're noting down the coordinates, it's not clear whether it's supposed to be used as the key or ciphertext.

Bug 3: Your scheme has no key, which is a violation of Kerckhoffs's principle.

Not the answer you're looking for? Browse other questions tagged encryption algorithm-design or ask your own question.