What does that mean, that A5/1 is clocked?

What does that mean, that A5/1 is clocked? What happens if the clocking bit agrees with the majority bit?

stream-cipher lfsr
Share
Improve this question
edited May 15 at 10:05

The clock term comes from electronic engineering; in each clock, the cells of LFSRs ( flip-flops) are clocked and the data moves. In the shift registers, the data moves from one to another in one direction. As we can see from the below, each flip-flop has a clock input where each has the same clock.

In the LFSRs ( Linear Feedback Shift Register) there is also the feedback that is calculated from the selected tap point is fed the beginning.

When clocked it will become;

See that the data of the cells are shifted to the right and the new value to the left is feedback values calculated from the active taps.

A5/1, which is terribly broken, has three LFSR where each of them has clocking bits, (8,10,10) shown orange on Wikipedia's image. At each clock, the majority is formed from those values. 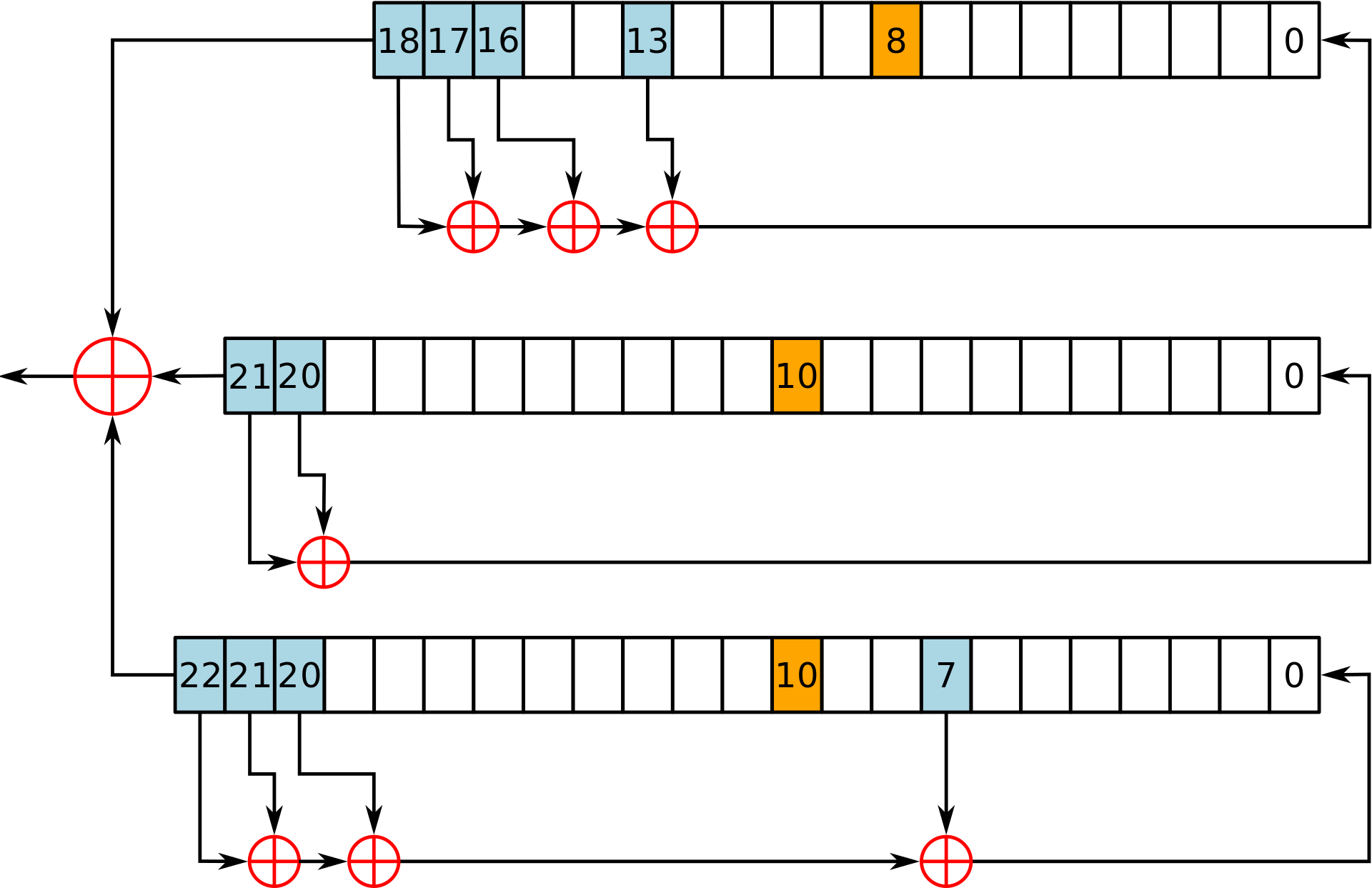 If the majority bit matches the LFSR's clocking bit, then the LFSR is clocked otherwise not clocked.

A simple code can be described for each LFSR as

Not the answer you're looking for? Browse other questions tagged stream-cipher lfsr or ask your own question.

6
Proof that Alternating Step Generator and modifed ASG' have equivalent security?
3
Are LFSRs enough for this?
3
How to clock a linear feedback shift register?
1
MICKEY 2.0: Mutual irregular clocking, register states
2
Proof that LFSR (with XOR feedback and nonzero seed) will never hit state of all 0s
3
What if message is longer than keystream ?
2
period of the lfsr sequence after some manipulations
0
Mixing Cipher Lower Bounds
0
What does "Clocked" mean in alternating step generators
3
Decryption of Alternating Step Generator