I have to prove some differential privacy in a exercise i'm doing.

I have this table, and problem description: 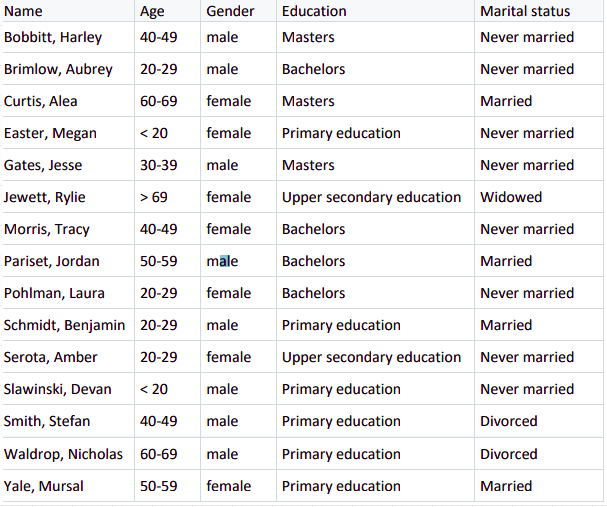 Which I solved with thissimple query:

But now I have a harder exercise, that sounds like this:

I have no idea how to solve this.

If I, as the exercise suggests set s=4, then I then noice that X is must be three. I don't know what that says about the probabilities though.

One more hint: with $s=4$, try to show that one of the probabilities is zero (e.g. it is impossible to obtain the output $s$). No matter what you multiply zero by, the result is always zero… The other, on the other hand, is strictly positive. Can you take it from there?

Not the answer you're looking for? Browse other questions tagged differential-privacy or ask your own question.