Asymmetric cryptosystems based on curves besides elliptic curves

Elliptic curve cryptography (ECC) has been gaining a lot of popularity recently because of its security. I tend to find the process of encoding plaintext using ECC particularly interesting so I was wondering, has it been proven/disproven that you can find other curves based on which you can create cryptosystems? If it has been proven that such is the case, what kinds of curves?

Because not all curves have the same properties that elliptic curves do. For example, if you select any two points on an elliptic curve and draw a line through them, this line will intersect the elliptic curve at exactly one other point. This property is used heavily in ECC.

For example, if you select any two points on an elliptic curve and draw a line through them, this line will intersect the elliptic curve at exactly one other point. This property is used heavily in ECC.

In the above picture, the blue curve is the unique cubic passing through $P_1, P_2, Q_1, Q_2$ (determined using interpolation).

HEC of genus $2$ are most interesting for cryptographic applications based on Discrete Log Problem, since for higher genus curves, you have index calculus attacks that can be used to solve the DLP.

See this paper for efficient arithmetic on HEC of genus $2$.

There is a false premise in the question - that is:

Arbitrary curves may be useful in cryptography. Which I infer from the quote in the question:

To tell the truth, it hasn't been disproven. But the reason ECC can be used in cryptography, is that it can serve as a compact drop-in replacement of discrete-logarithm-based cryptography based on prime-order finite fields (because point arithmetic forms a group).

So now, if we want to show that non-elliptic curves can be used in public-key cryptography, then we must either show that

And ideally, they're more efficient than ECC. 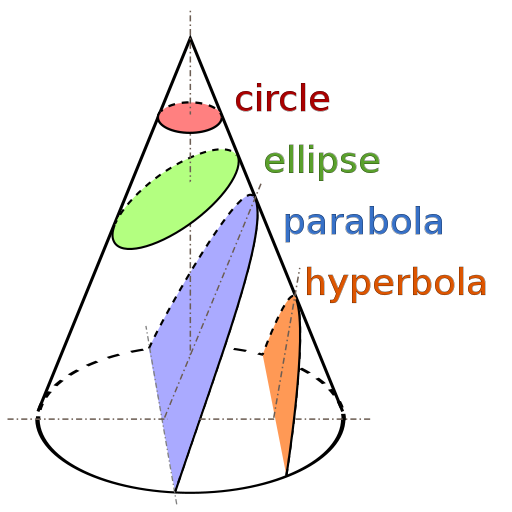 Therefore they could be used in Diffie-Hellman key exchanges. Note, however, that these curves do not seem secure to use for cryptography since the discrete logarithm problem appears easy to solve in the group of points over these curves. Generally, the DLP can be reduced to the underlying field.

For a concrete example: this paper studies the curve with equation $x^2 - Dy^2 = 1$, for an appropriate choice of $D$. in other words, this is the set of solutions to this equation over $\mathbb F_p$. It is shown that the discrete log is easy.

160
Should we trust the NIST-recommended ECC parameters?
2
Hide a weakness in ECC by choosing the prime or one of the curve coefficients
2
Finding Elliptical curve points and encoding text using them
16
How do I get the equivalent strength of an ECC key?
6
Finding the subgroup in isogeny-based cryptography
13
When adding two points on an elliptic curve, why flip over the x-axis?
0
Why is it better to add and double points on an elliptic curve using projective space?
1
A few questions about the elliptic curves functionalities