Can you identify these cryptographic algorithmic symbols?

I am mostly self taught and have limited knowledge of the symbology in the image below. It is a diagram of a sub block the RIPEMD-160 algorithm: 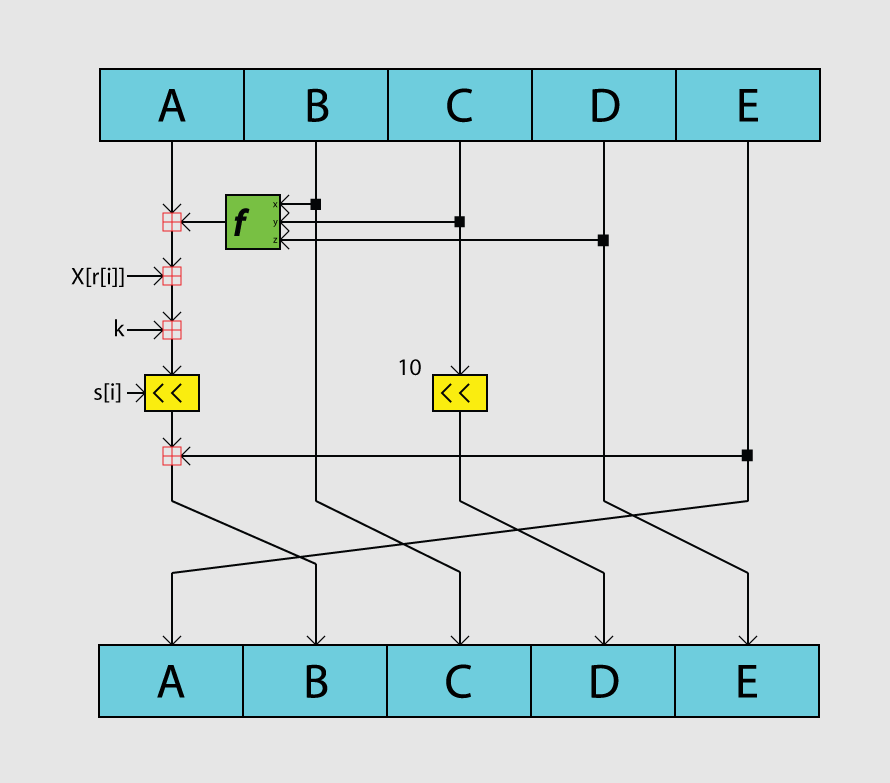 Are such symbols standardized? Is there a good dictionary or atlas someone is aware of that could link such symbols to their definitions?

Here is the source: https://en.wikipedia.org/wiki/RIPEMD

It is RIPEMD-160 and the paper describes them as;

I don't know of a glossary for symbols on these diagrams, however in this case:

The document this diagram came from should give more details...

Not the answer you're looking for? Browse other questions tagged hash notation ripemd or ask your own question.