What is a differential attack on a hash function? How would one attack a SHA algorithm and what would achieve?

Currently, I have been assigned to attack a reduced version of SHA-1. What are we trying to achieve? How do we attack it?

The answer is not easy, however, a good starting point is Florent Chabaud and Antoine Joux's paper on SHA-0 and SHA-1

The compression function $C$ can be viewed as a block cipher where the key is the message, this is meaningful since the only part is the input. And, SHACAL is called the block cipher of the SHA-1 and similarly SHACAL-2 for SHA-2.

Now, we have a block cipher, and we have the input ( the initial values $H_i$s and the output value ( the hash - the digest). We need to find the key. If we can find the key we have pre-image attacks and collisions. This might lead one to consider that we are attacking as in the differential attacks, not exactly, but in a similar way.

The authors first started with weakened SHA-1 (SHI1) where the input expansion is not considered and the ADD is converted to X-or so that there is no non-linear part. With single bit perturbation and corrections on the inputs, they showed to find collisions with a mask. 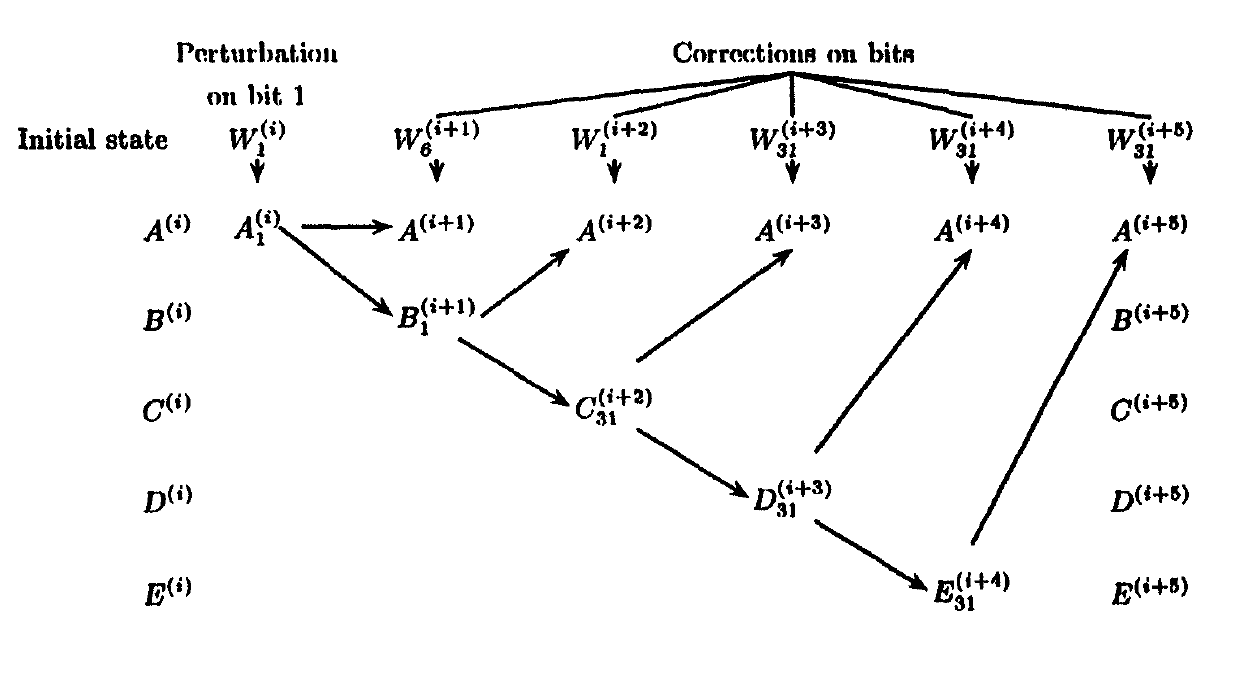 Later, the only converted ADD to X-or (SHI2) to extend the attack. They find a differential mask $\mathcal{M}$ that can be applied to plaintext (input) to find collisions.

The article is well written from understanding the attack from low-level compression function (no non-linear part) to higher-level function that includes non-linearity.

And, with high probability, NSA was aware of this so they modified SHA-0's input expansion on SHA-1 with an introduction of rotation.

Why is it dangerous

Consider the case as the SHA-1 is broken, we have a Prefix block(s) $P$ and Suffix block(s) $S$ and we are looking for a collision

If we can find a good differential mask $\mathcal{M}$ with good probability then we can execute the attack on the block $m$. If the part of the file is part of the redundancy as in PDF files, then one can create two different PDFs that have the same hash values. A real danger, of course, requires more than this. The change in the $m'$ has an advantage for the signer. This can be doable, too.

Not the answer you're looking for? Browse other questions tagged hash attack sha-1 differential-analysis or ask your own question.

11
Is the number of creatable torrents limited?
5
What makes SHA-2 and SHA-3 have security levels half their output hash length?
100
What is the new attack on SHA-1 "SHAttered" and how does it work?
24
What is hardened SHA-1, how does it work and how much protection does it offer?
0
What is the length of the SHA-1 message digest and how is RSASSA-PSS used for verification?
3
Would possessing a string with the SHA-256 hash of all zeros lead to an attack on SHA-256?
6
Is there a feasible preimage attack for any hash function (no matter how deprecated) today?