What is the relationship between "Challenger" and "Oracle" in a security proof?

In game-based security proof, I found that games are defiend to be played between a PPT adversary and a challenger. The adversary is able to issue queries to different oracles and receives corresponding reponses. Assume A is the participant of the protocol, the queries sent by the adversary could be: Test(A) or hash queries.

A little explaination about Test(A) query: This query is typically used in proofing the semantic security of a key-exchange protocol. If this query is asked, A will filp a random coin 'b', if b=1, A replies the adversary with the correct session key (if formed); otherwise, a random bitstring is replied. 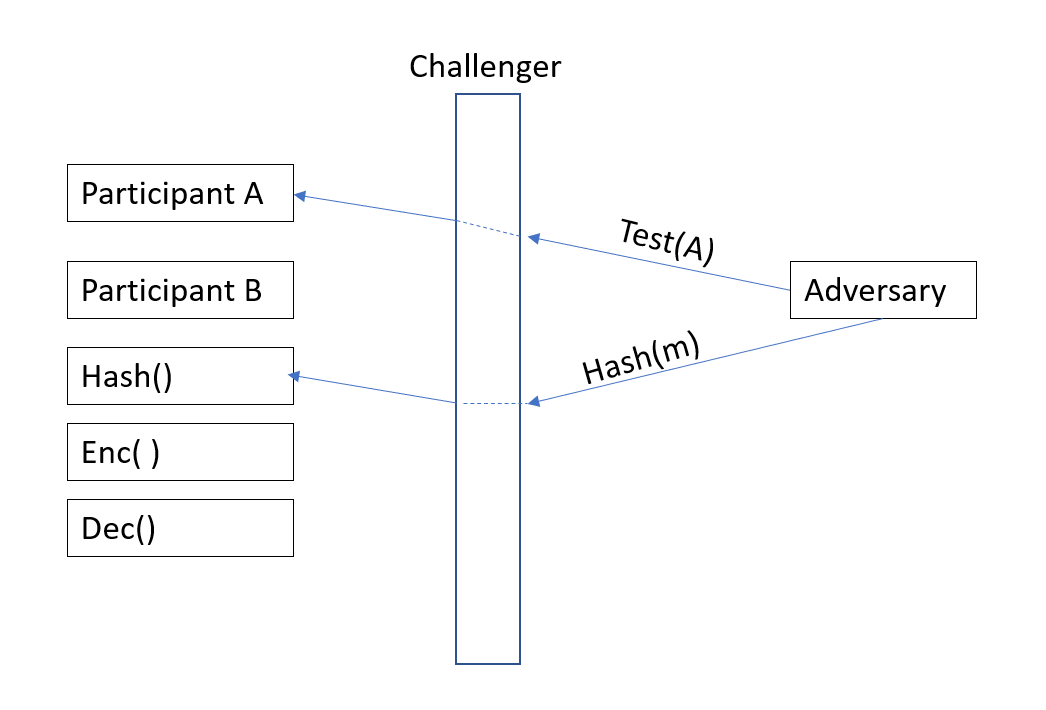 (Actually I'm not sure whether A in the above example could be called oracle. The concept "oracle" is also confusing to me...)

Many thanks in advance.

6
Exact mathematical definition of simulation based security?
10
Proof that IND$-CPA implies IND-CPA?
4
Simulation aborted because the adversary doesn't use the random oracle
2
Security proof. Adversary source of random coins.
1
What does the "Type 1 query" model on Miles, Sahai, and Zhandry's paper?
0
Adaptive vs. Static security model in ABE
2
Extended Canetti-Krawczyk - Clean Session Definition
2
Not understanding deterministic authenticated encryption (DAE) security definition
1
How was the adversary's success probability calculated in this 2002 paper by Dodis, Katz, Xu, Yung about key-insulated signature schemes?
0
How to understand "Test() query can only be issued to a fresh session" in game-based security proof?