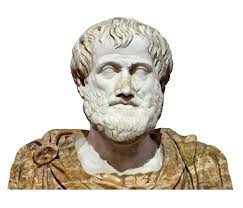 I’m a cryptography researcher and blockchain engineer at Facebook and Calibra, currently focusing on privacy-preserving algorithms and authorization schemes and contributing to Libra’s cryptography api. Before joining FB, I was the lead cryptographer at R3 and the Corda blockchain, one of the biggest fintech consortiums with the aim to bring smart contracts to the conservative banking world. My role required almost daily interaction with major financial institutes including Wells Fargo, Bank of America, Barclays, ING, HSBC and technology firms like Intel, Accenture, Gemalto and Microsoft and I was mostly involved in secure protocol implementations, resulting in filing a number of patents in the cryptocurrency space. Prior to that, I was the CTO of two security and machine learning startups in which we created a platform for fair and secure national exams using time-lapse cryptography.

Before jumping to the industry, I had a short academic career in Greece and France participating in a number of EU research projects including Turbine, which was an effort to apply “touchless” biometric systems to airports. Finally, I’m mostly proud for my work in Timed-Release encryption, graphical passwords, key exchange attacks, verifiable random beacons and post-quantum signatures, having proposed some of fastest protocols in the field.

Interests I'm passionate about state-of-the-art cryptography including Zero Knowledge Proofs, Secure Enclaves, Multi-party Computations and Post-Quantum Security. I also like implementing novel smart contracts, such as atomic swaps, decentralized lottery and auction systems and games on blockchain, like chess and card games. In my spare time, I'm working on a novel bio-tech architecture in which strong passwords are embedded in our bodies or triggered by brain signals to protect against shoulder surfing and password exposure attacks.

All Questions Answers
Votes Newest
2 Is that possible to calculate modular inverse of a point on elliptic curves? Aug 2 '19
1 Bitmasks or seed along with public key in WOTS+ post-quantum signatures Mar 4 '18