I recently championed quantum key distribution networks. This has led me to also question quantum random number generators. It appears that randomness is randomness, even if made by custom quantum hardware featuring lasers and photon genies.

It would seem that there is a great deal of chaff and hype surrounding quantum generation of anything at all, and so I'm left wondering what is the qualitative difference between:- 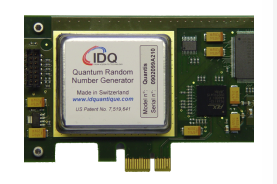 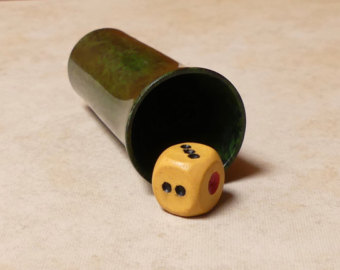 when coupled with a simple von Neuman[+] extraction technique?

This is not a facile question. I'm interested in any tangible substantive difference between the two sequences of random bits other than speed. Are they just as random if not as fast? And therefore are quantum RNGs further examples of electronic snake oil?

It's easy to immediately berate such quantum hardware as pure marketing. No one's as cynical as I am, but the evidence suggests that there are non gullible people (indeed commentators, universities and IT organisations) buying these. £M's are globally spent on researching new /faster quantum generators. NIST has one. Why should they bother demonstrating measurements outside of the cone of influence when they could use a smart card or dice? Are all of the people being fooled all of the time? That's meant to be impossible.

[*] A laser beam is split with a semi-mirror and detection of photons in the two resulting beams produces random bits. There is a white paper here describing this kit.

[+] This experiment produces independent and identically distributed random bits (not 1 - 6) due to the shaker cup eliminating correlations between throws, and the von Neumann extractor removing die bias. 1 truly random bit is generated every two throws (slightly less on average).

Existing randomness sources can be grouped in two classes: software solutions, which can only generate pseudo-random bit streams, and physical (hardware) sources. Software solutions are not capable of providing true randomness as they are based on deterministic computer programs. Instead, they rely on external entropy sources to build up randomness, but these are slow and inefficient, and the quality of the randomness may be difficult to verify. In the latter – hardware RNGs – most random number generators still rely on classical physics to produce what looks like a random stream of bits. However, in reality, determinism is hidden behind complexity for such RNGs without real quantum random properties.

They claim that hardware random number generators which do not use quantum properties are actually deterministic but this determinism is hidden. This is complete nonsense.

There is no evidence that this is true and no theoretical model supporting it.

Even if the universe was completely deterministic as long as the process generating the output is hidden (as they claim) the output will still appear random for all intents and purposes. Randomness is not necessarily a fact about the universe but about the lack of knowledge of an adversary.

Saying that the universe is completely deterministic but that their quantum random number generator works would require the universe to receive no feedback from quantum effects. If this was true we could also not measure them.

Quantum RNGs are theoretically random, since you can't even imagine a way someone could predict their output.

All other RNGs are less-than-perfectly random.

So "true" RNGs not based on quantum physics are not actually "true."

Rolling dice is less random than quantum physics, theoretically. But it's practically the same.

Like someone else pointed out, if you remember that randomness is nothing more than the quality of being difficult to predict, all confusion vanishes.

At least, it does for me.

The objections raised in the comments are based on a misunderstanding. A die roll is non-random to the extent one can predict the outcome other than 1/6th of the time. Quantum physics is non-random to the extent one can predict whether an atom decays before it reaches its half-life other than 50% of the time. If you want random numbers in a different range than 1 through 6 from a six-sided die then you are complicating a very simple thought experiment unnecessarily, and likewise if you want a number other than 0 or 1 from the crude "will an atom decay before its half-life" RNG.

Not the answer you're looking for? Browse other questions tagged random-number-generator quantum-cryptography or ask your own question.