Screenshots from the related video: 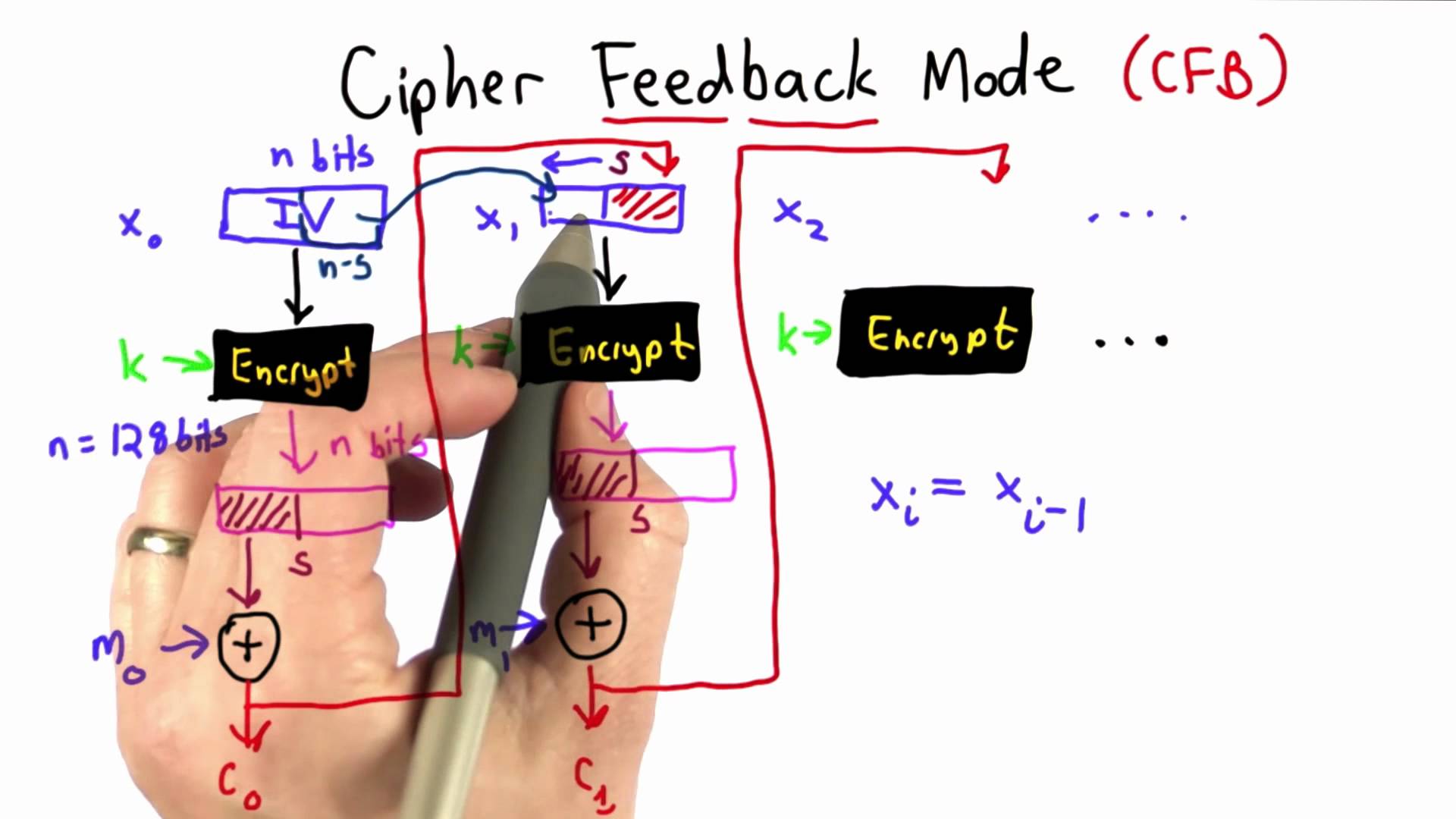 Also, in the explanation of AES on Wikipedia it says that the four steps sub bytes, shift rows, mix columns and round key addition is done in 14 cycles for a 256 bit key. Is that the case for the CFB mode as well or is that just for a different mode of operation?

To address the last bit first: CFB and AES aren't really the same thing. AES is a block encryption algorithm (encrypts a single block of data, 128-bits in the case of AES). CFB is a mode of operation, which defines how multiple blocks are encrypted, and is agnostic to the algorithm. CFB is used the same way no matter what the "Encrypt" function in the middle is.

For your first question.. I'll start by saying that I have no idea what's going on in the second photo; between the hand writing and abbreviated notations, not to mention the literal hand, I can't follow it.

But the first one is much clearer.

The cool thing about this is that (with the key) you can easily decrypt arbitrary data from the middle of the stream - all you need is the ciphertext of the previous block (or the IV), which you encrypt and XOR with whatever you're decrypting. But you can't encrypt new data in the middle - changing a block changes the entire rest of the cipher. So it's optimized for encrypting in-order and decrypting in any order.

Typical attacks against stream ciphers may also work; for example, you don't get any real integrity protection. Somebody can XOR a byte from the block to change it to something they control (although I suspect this can only be done in the final block, otherwise it's going to change the remainder of the ciphertext).

But yeah, I think the first diagram is pretty straight forward. No clue what the second is talking about..